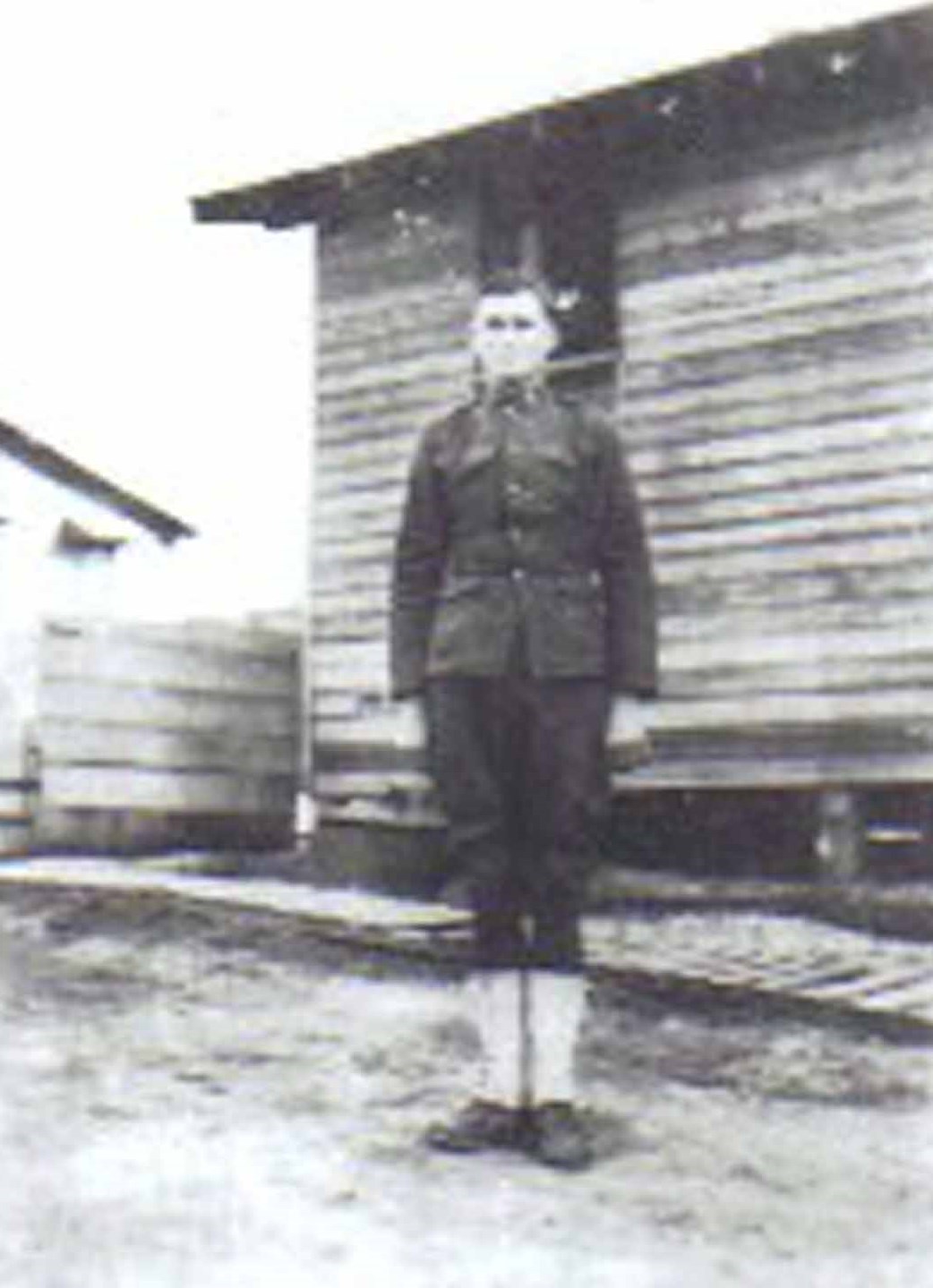 James Henry White was born in Rheatown, Tennessee. He died at the age of 25. Under Special Order #64 of 1 September 1921, his remains were escorted from New York to Washington D.C., and then to Chuckey, Tennessee.

James H. White was severely injured by shrapnel and died on the way to the first aid station. This occurred in the Meuse-Argonne Offensive on Hill 180 near Cernoy, France. He was buried on October 12, 1918, at Chatel Chateau Flower Garden Cross Cemetery.

He was called Henry by everyone except the Army. He is my great grandmother’s (Martha Elizabeth White Bailes) brother. After the war, the body was returned to the family and he was reinterred in Rheatown Cemetery, Rheatown, Greene County, TN.
-Submitted by Cynthia Cox 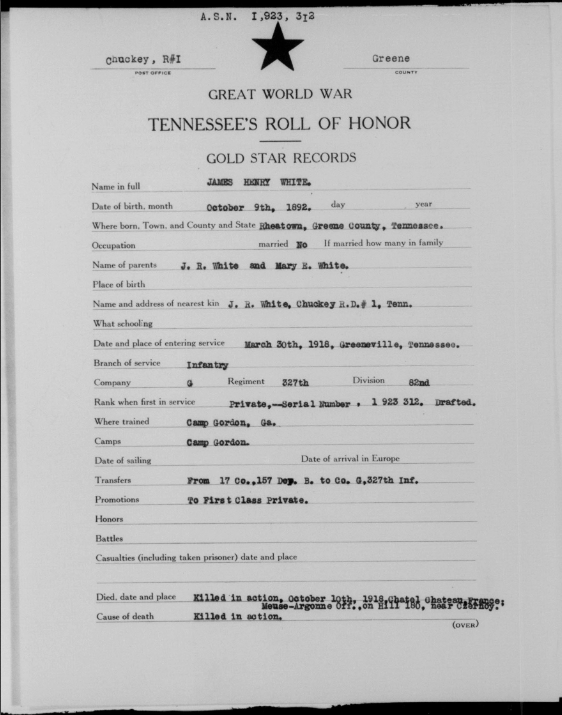 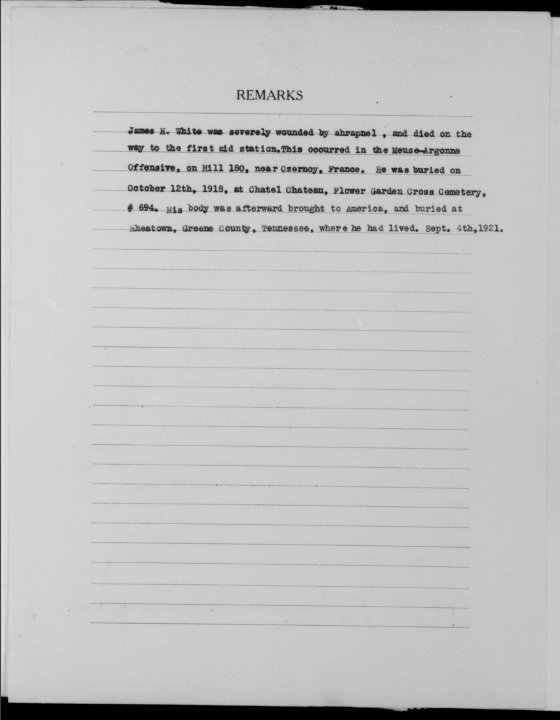 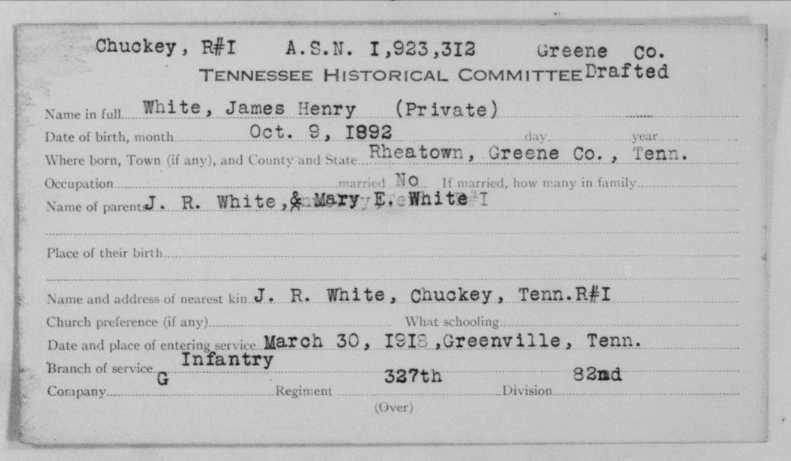 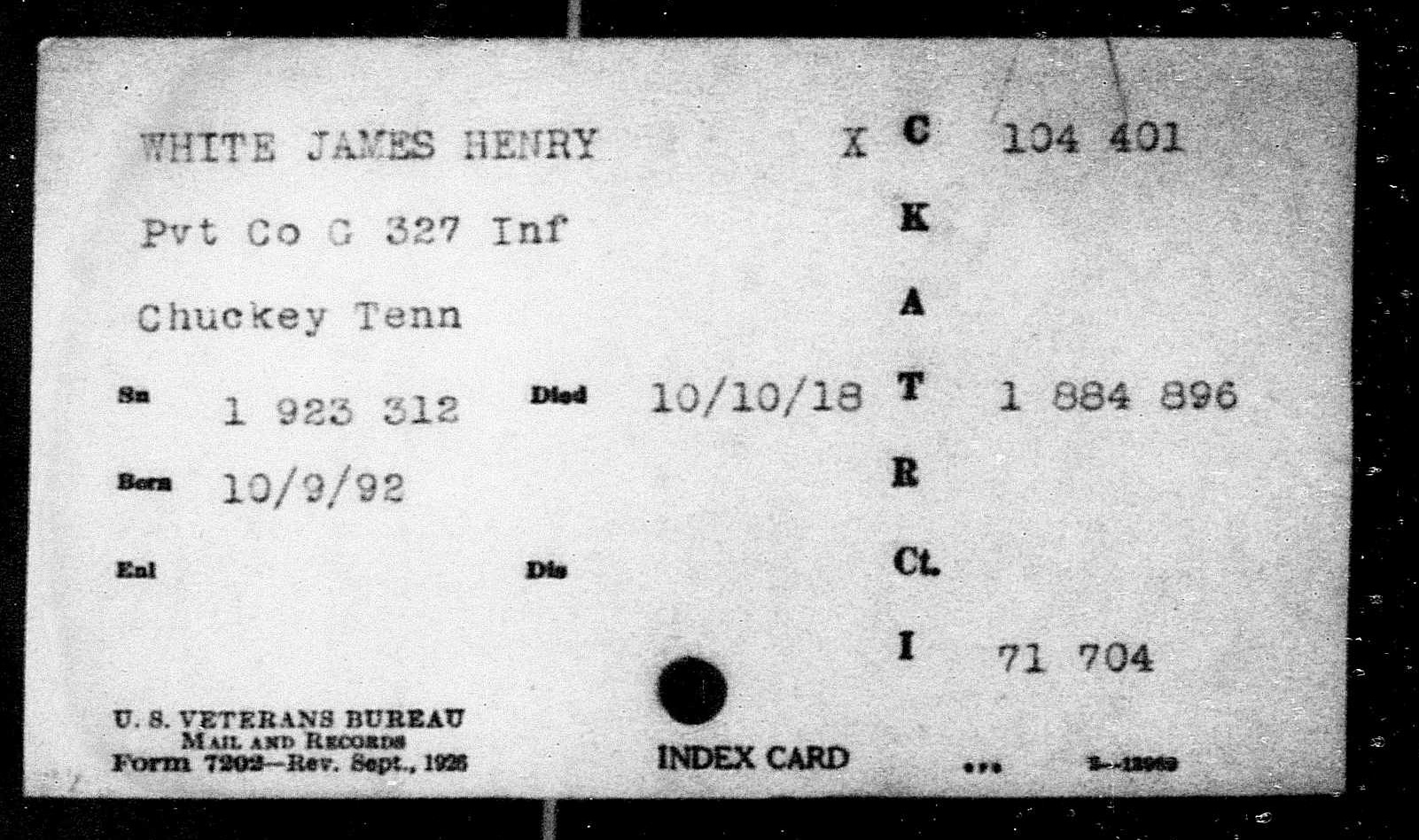 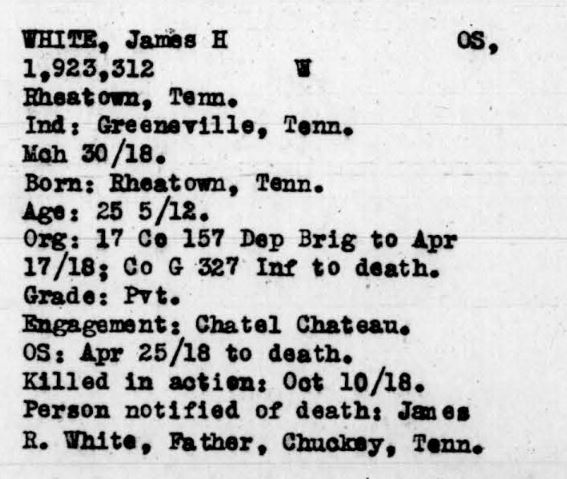