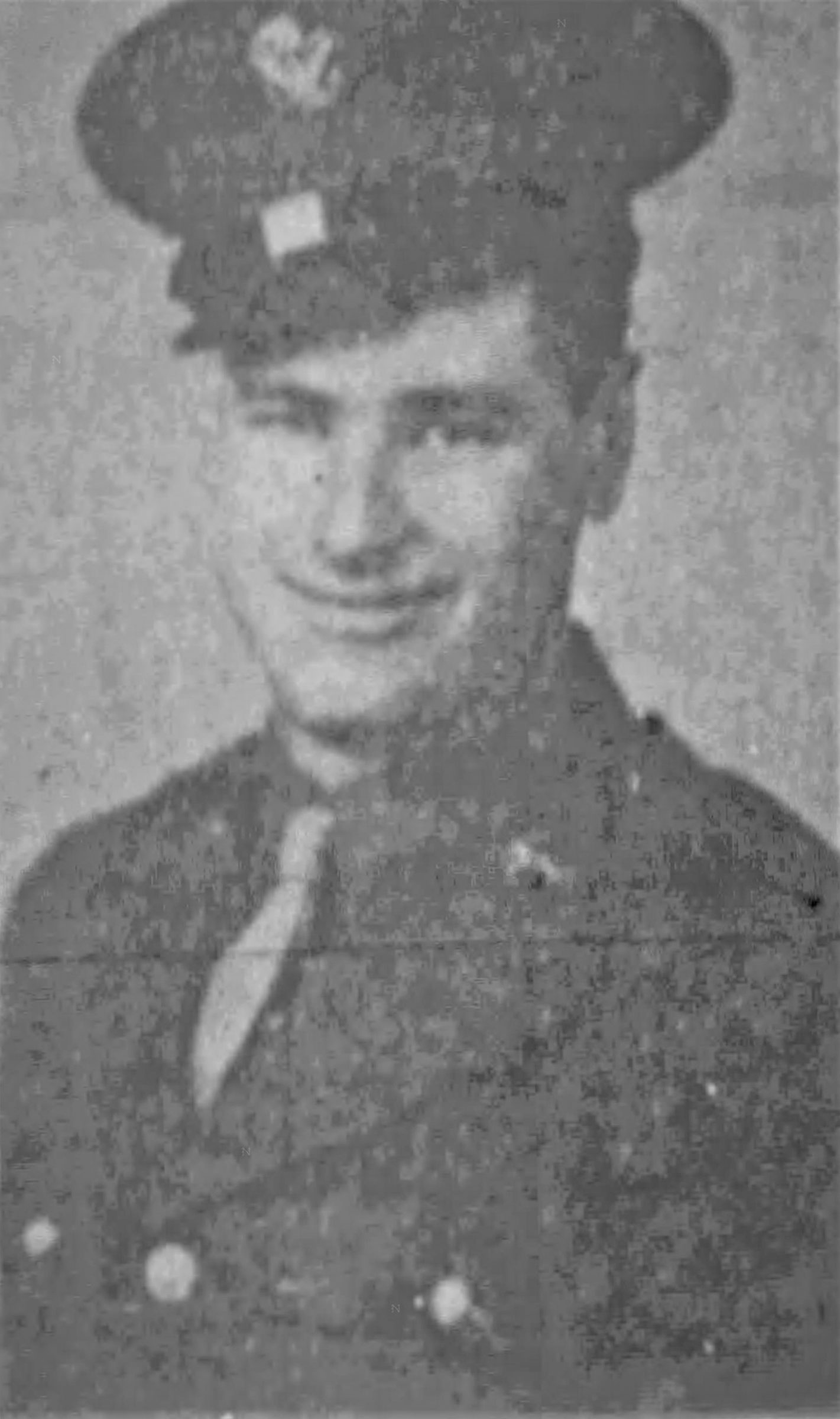 Citation Reference: James G. Ramsey, United States Army, is reported to have been awarded the Silver Star under the below-listed General Orders for conspicuous gallantry and intrepidity in action against the enemy while serving with the 81st Infantry Division during World War II.

The Greeneville Sun, December 12, 1944
Pfc James Gilbert Ramsey was killed in action on Anguar Island, September 30, his parents, Mr. and Mrs. Marion Ramsey, learned some time ago. The following letter giving the details of his death was written by Pfc. Ramsey’s Commanding officer to his parents and was received recently.
“Your son, James who was a member of my Command, was killed in action on Anguar Island, September 30, 1944 His platoon was ordered to attack a heavily fortified enemy position the morning of 30 September. The platoon was fired on by enemy machine guns and James was seriously wounded. He continued firing until his buddies could get cover. He was hit a second time which killed instantly. This heroic incident has been brought to the attention of higher commanders and it is hoped that a suitable decoration will be forwarded to you at some future date, which might in some way ease the burden of loss. You have the deepest sympathy of the officers and enlisted men of this organization in your bereavement. James was a splendid soldier of outstanding character. His display of courage and rearlessness under fire was an inspiration to every one of us.” 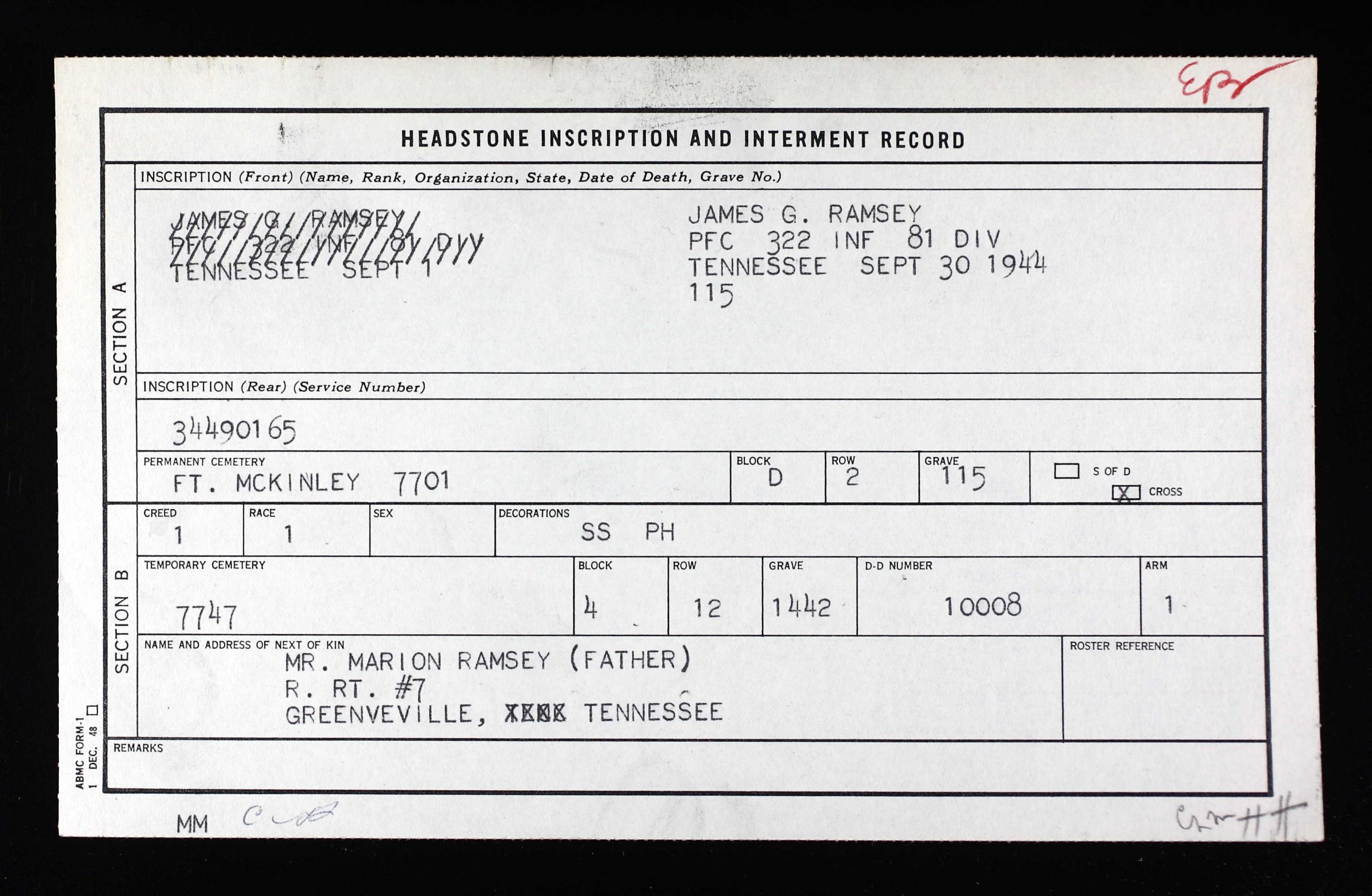 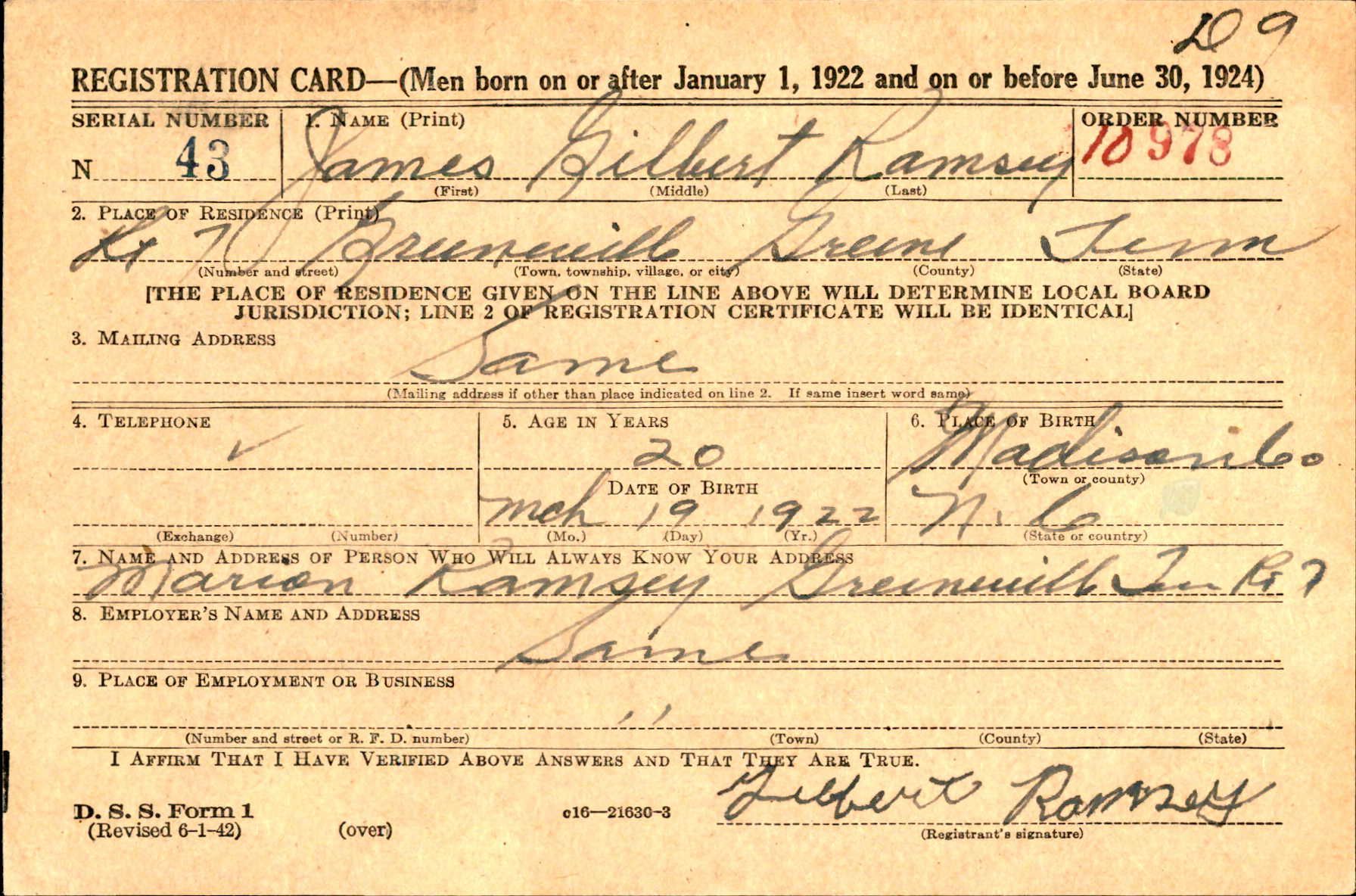