Aircraft B-24H with serial number 41-29290 departed from San Giovanni Air Field on a combat mission. The aircraft crashed in mid-air by another plane which had been hit by enemy anti-aircraft.

Statement from T/Sgt Paul C. Roadman
At approximately 1519 on 28 April 1944, while in the vicinity of Porto San Stefano, Italy, I saw the B-24 plane piloted by Lt Jerome E. Slater Jr., receive a flak hit in the number one engine. The engine burst into flames. The plane peeled to the left and downward, and crashed into the B-24 plane piloted by Lt Richard A. Callan. Lt Slater´s plane then went down fast in a twisting turn, hit the ground and exploded on impact. One chute came out of Lt Slater´s plane, billowed open and appeared to land safely. The tail of Lt Callan´s plane was knocked off by the mid-air crash. The plane went into a slow, spiral, flat spin, and exploded on impact with the earth. 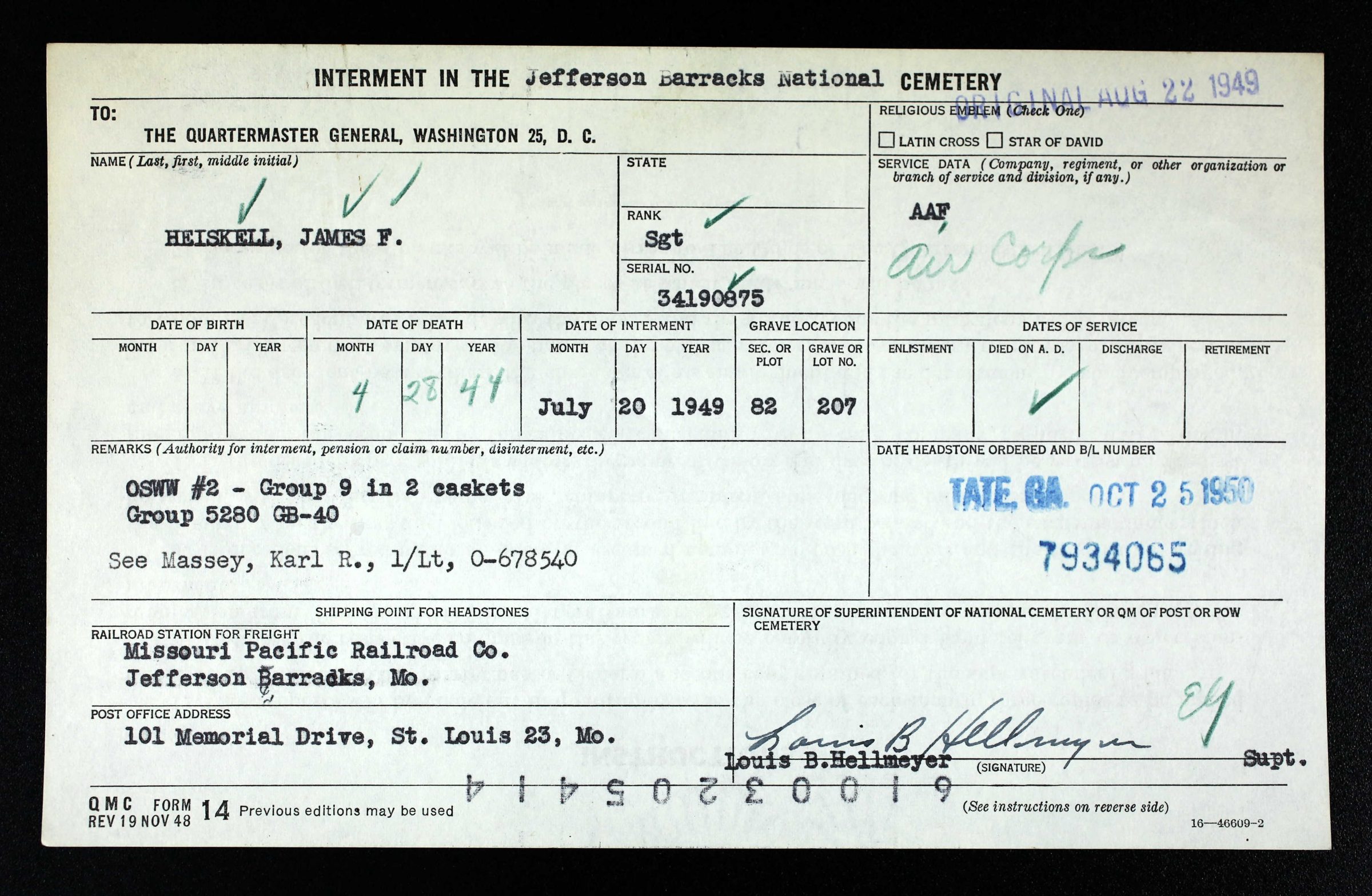 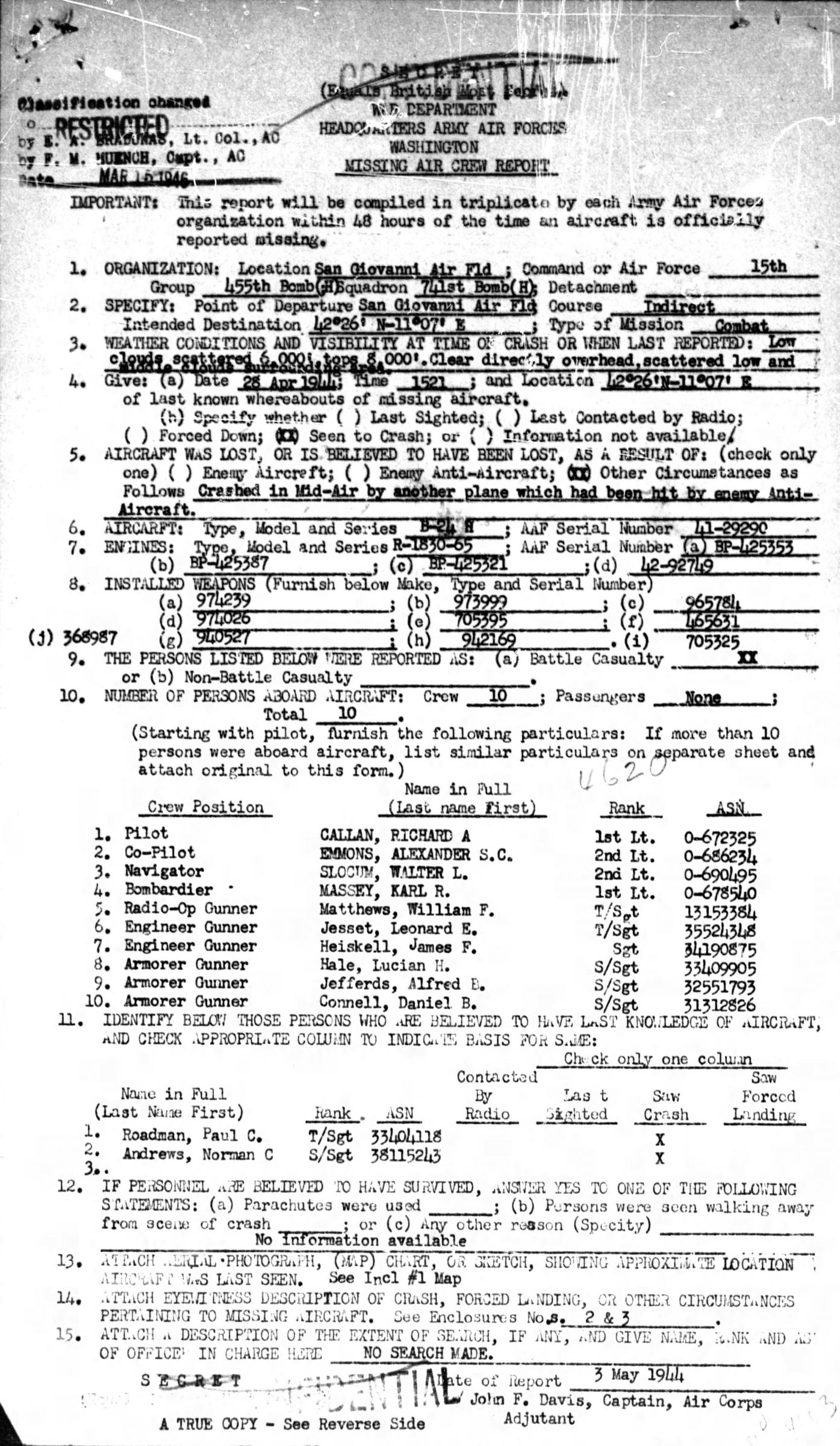