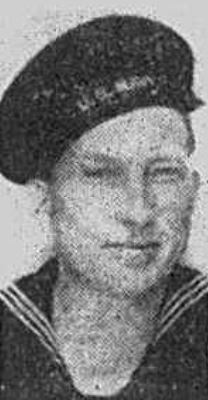 (The Franklin sustained negligible damage from a strafing suicide plane off Formosa on 13 October 1944. The plane crashed just aft the island structure, slid across the flight deck and burst into flames upon striking the water on the starboard side.) Strikes against Aparri, Manil and Legaspi, Philippine Islands (14 -19 October 1944). Three Japanese bombs caused minor damage to the Franklin 15 October 1944, East of Luzon Island. One small bomb penetrated the corner of the deck edge elevator and detonated just below the flight deck level, causing minor fragment damage and a small gasoline fire. The second bomb detonated upon striking the water, close aboard to port. The third bomb detonated on water impact close aboard to starboard.
-Invasion Support of Leyte, Philippine Islands (20 October 1944)
-Strikes against Manila Bay Area (22-23 October 1944)
-Battle of Leyte Gulf (24-26 October 1944)
-Support of Ground Troops, Leyte, Philippine Islands (27-30 October 1944)
-On 30 October 1944, the Franklin was damaged extensively by a Japanese suicide plane east of Samar Island. The plane with a bomb load aboard crashed through the flight deck, igniting planes parked at the after end of the flight deck. The bombs carried forward, detonating among the gassed planes in the hanger and causing fires in the after portion of the flight deck and hangar. The fire spread to the second and third deck spaces. In addition, gas explosions occurred in the hangar, but all fires were extinguished in two and one half hours. Structural damage was extensive to the flight and gallery decks as well as to structures within the hangar.
-Participated in the Okinawa Gunto Operation
-Strikes against Kyushu, Shikoku, Japan (18-19 March 1945
-On 19 March 1945, off Shikoku, the Franklin was struck by two bombs which passed through the flight deck and detonated in the hangar. A terrific conflagration fed by gasoline in aircraft fuel tanks, together with detonations of a large number of heavy bombs and rockets loaded on aircraft, demolished a major part of the flight deck and wrecked the hangar and gallery deck spaces. Flooding from fire-fighting water caused a heavy list. All machinery spaces were evacuated because of smoke and heat and all power failed. This was the worst damage which any United States warship has survived.
-Frost was one of 631 men who lost their lives on March 19, 1945
-Memorialized at Honolulu Memorial in Honolulu, HI
Wife: Mrs. Mary Bell Frost, Rt 7, Knoxville

“James was my grandfather. He was killed 13 yrs. before I was born. James’ wife Mary Bell was a wonderful woman who cared for her grandchildren deeply. He left 3 children, James Carl,Thomas, and Daisy Geraldine (my mother). They have all passed now, but he has 8 grandchildren and numerous greats. We all wish we could have known him as we all carry his proud genes. He fought till he died on the USS Franklin and we are proud.”
-Submitted by Marty Lazzell and Family 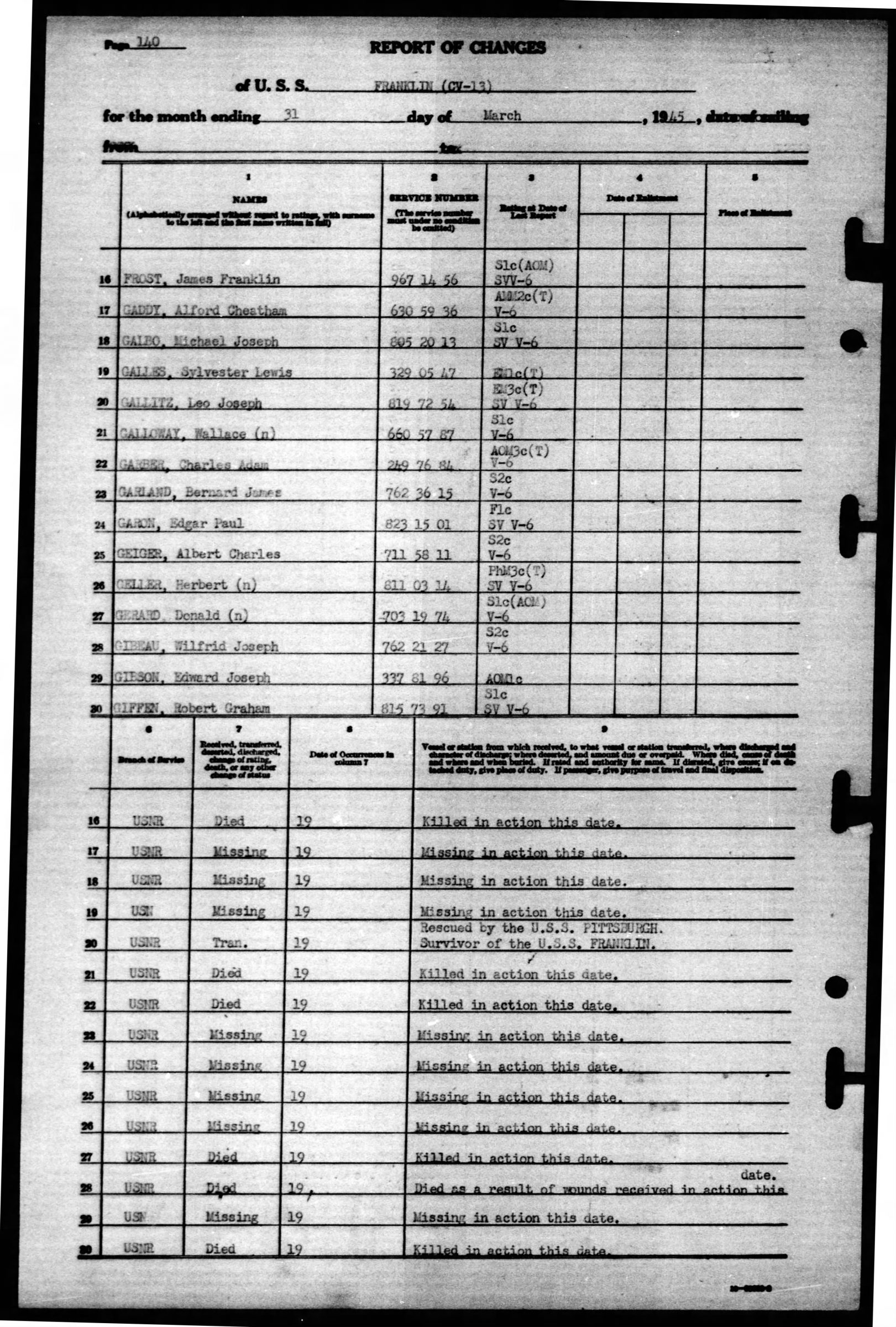 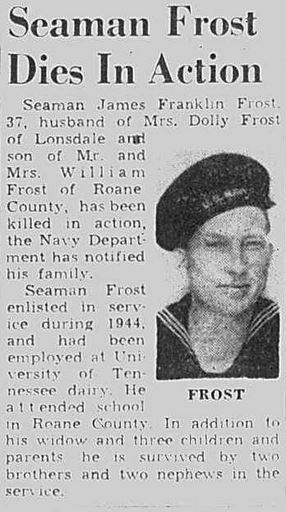