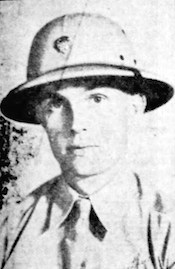 Kingsport first hero of the Army of the Philippines, Corporal James Franklin Bentley Jr., died May 2, in defense of his country, on Corregidor, a terse War Department telegram has notified his parents, Mr. and Mrs. J.F. Bentley of 937 Dale Street. Corporal Bentley, 26, is the first Kingsport Army man known to have given his life in battle since December 7. Corporal Bentley was a member of the 59th Coast Artillery, which remained on Fort Mills until the surrender of Corregidor. He volunteered for service in the Army in February, 1941, and was sent to the Philippines following a six weeks training period at Angel Island, Cal. He was educated at Dobyns-Bennett high school and was employed by the Tennessee Eastman Corporation before entering the service. In addition to his parents, Bentley is survived by five sisters, Mrs. Coy C. Morrell, Hillcrest, Mrs. Cordwell Hounchell, and Mrs. Earl Bridegroom of Kingsport, Mrs. J. W. Banks, Detroit, Mich. And Mrs. Haryy Rogers, New Orleans, La. 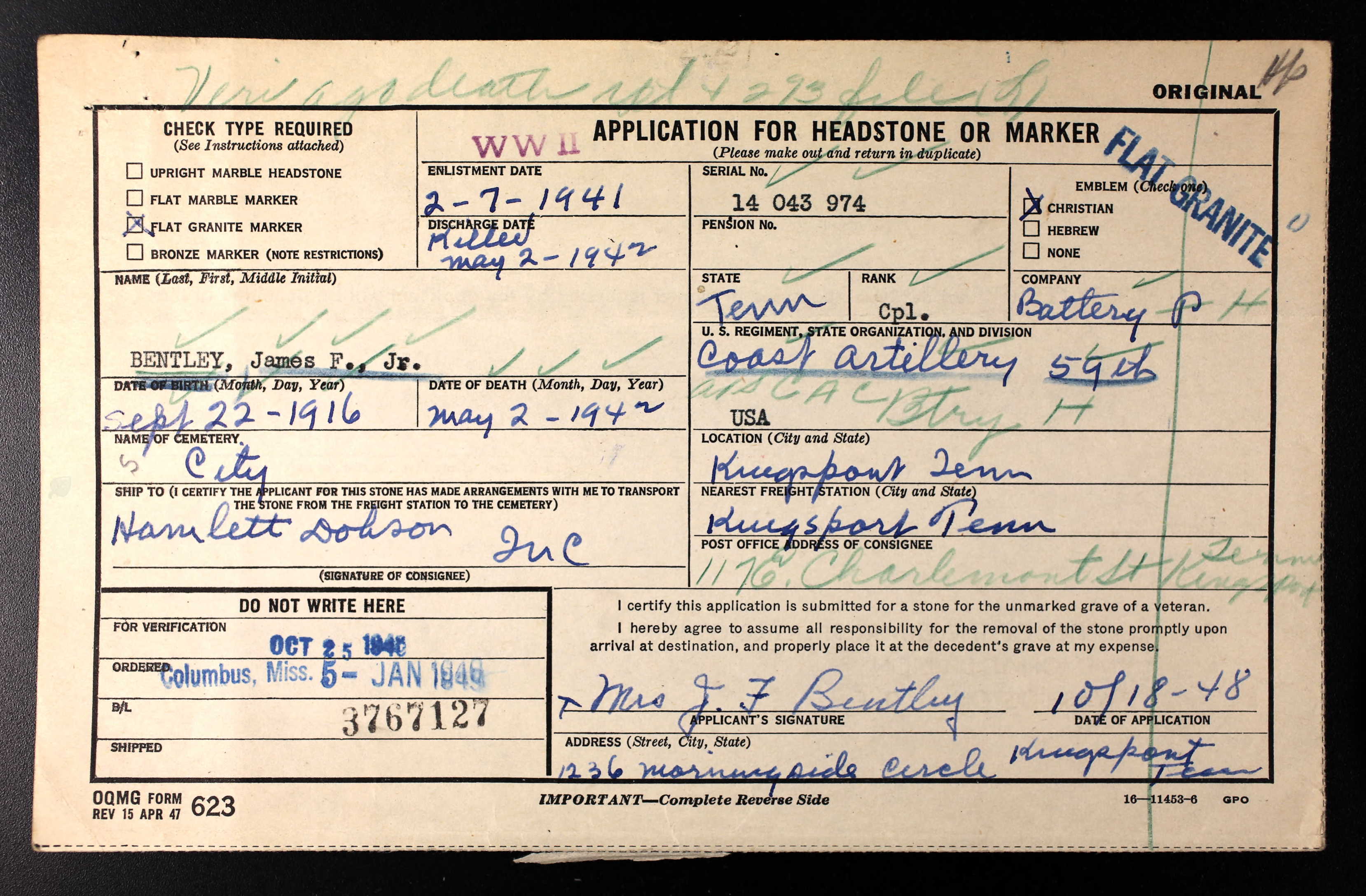