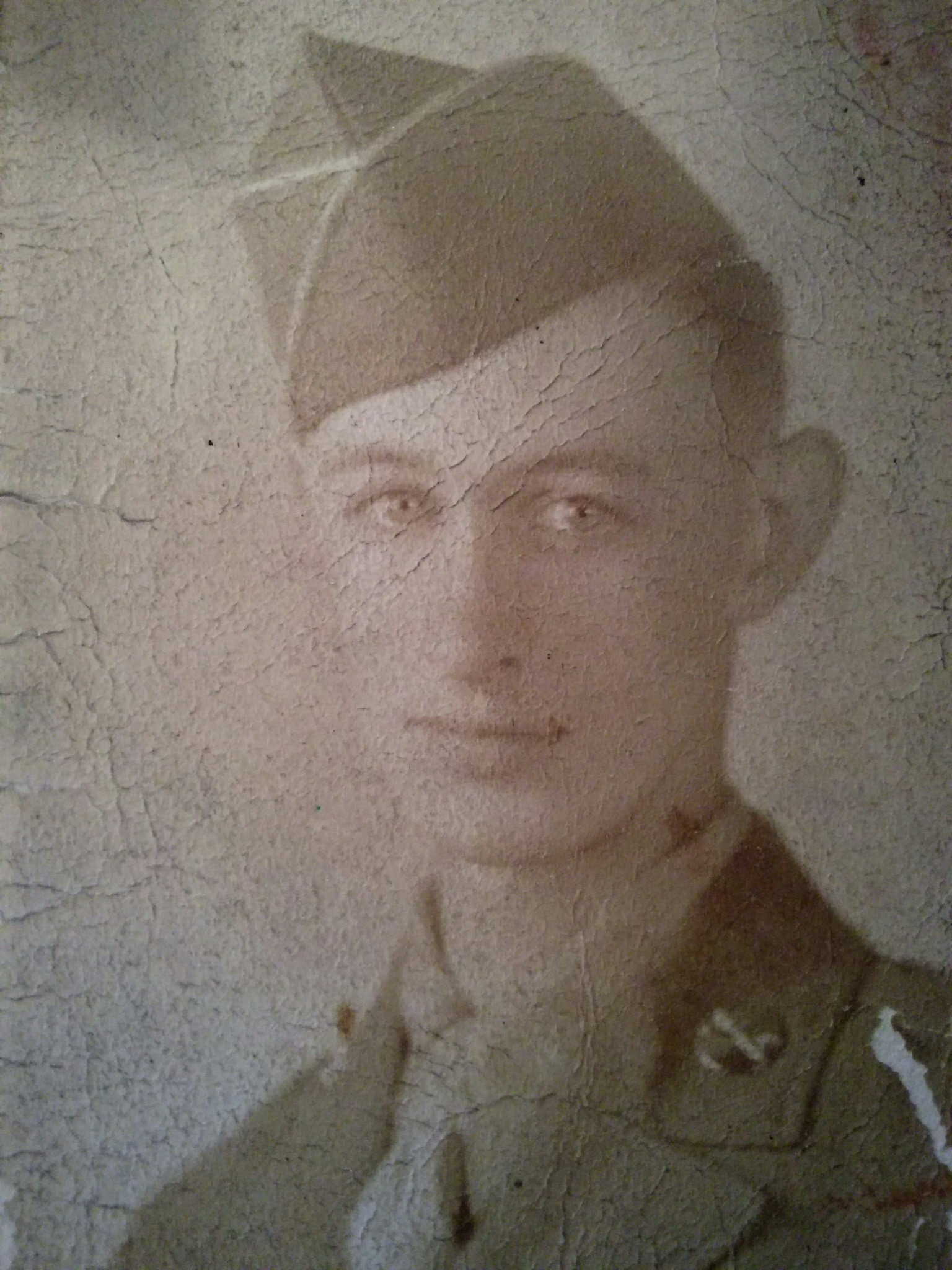 Enlisted on September 28, 1943, in Fort Oglethorpe, GA and had been in service 16 months, and overseas eight.
James Shipley was returned from Limey-Toul in France and buried in Knoxville National Cemetery on August 24, 1948

The Knoxville News-Sentinel, January 19, 1945
Pfc. James E. Shipley, son of Mr. and Mrs. A.C. Shipley, 778 Leroy Avenue, was killed in Germany on Dec. 20, according to the War Department. Pfc. Shipley was 19 years old. He had been in service 16 months, and overseas eight. A cousin, Pvt. Bill Shipley, son of Mr. and Mrs. R.C. Shipley, “A” Street, Fountain City, is now somewhere in Germany, he has been in the Army five years and overseas three. He is in the First Army. 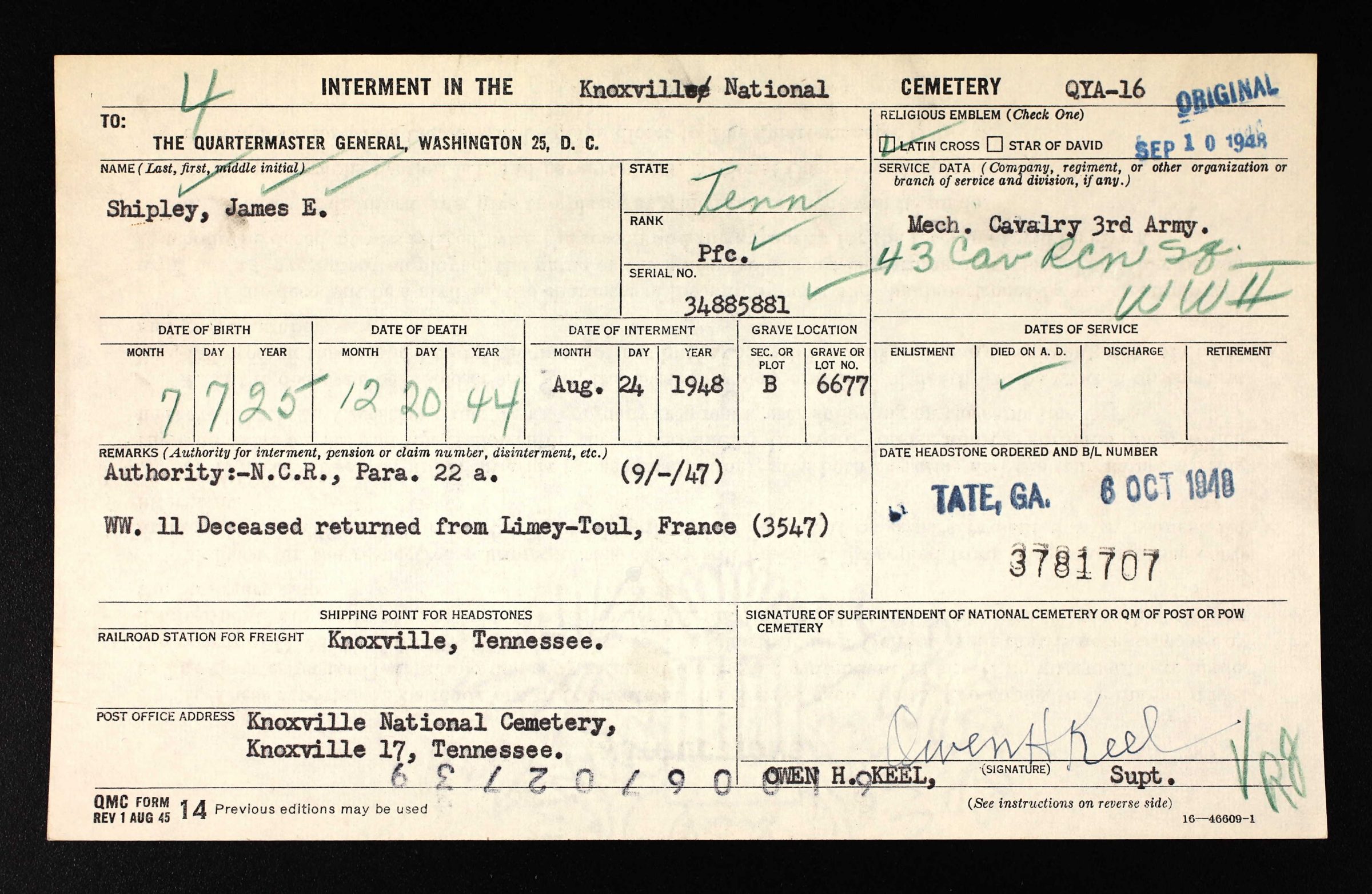 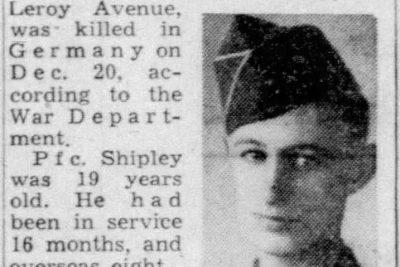