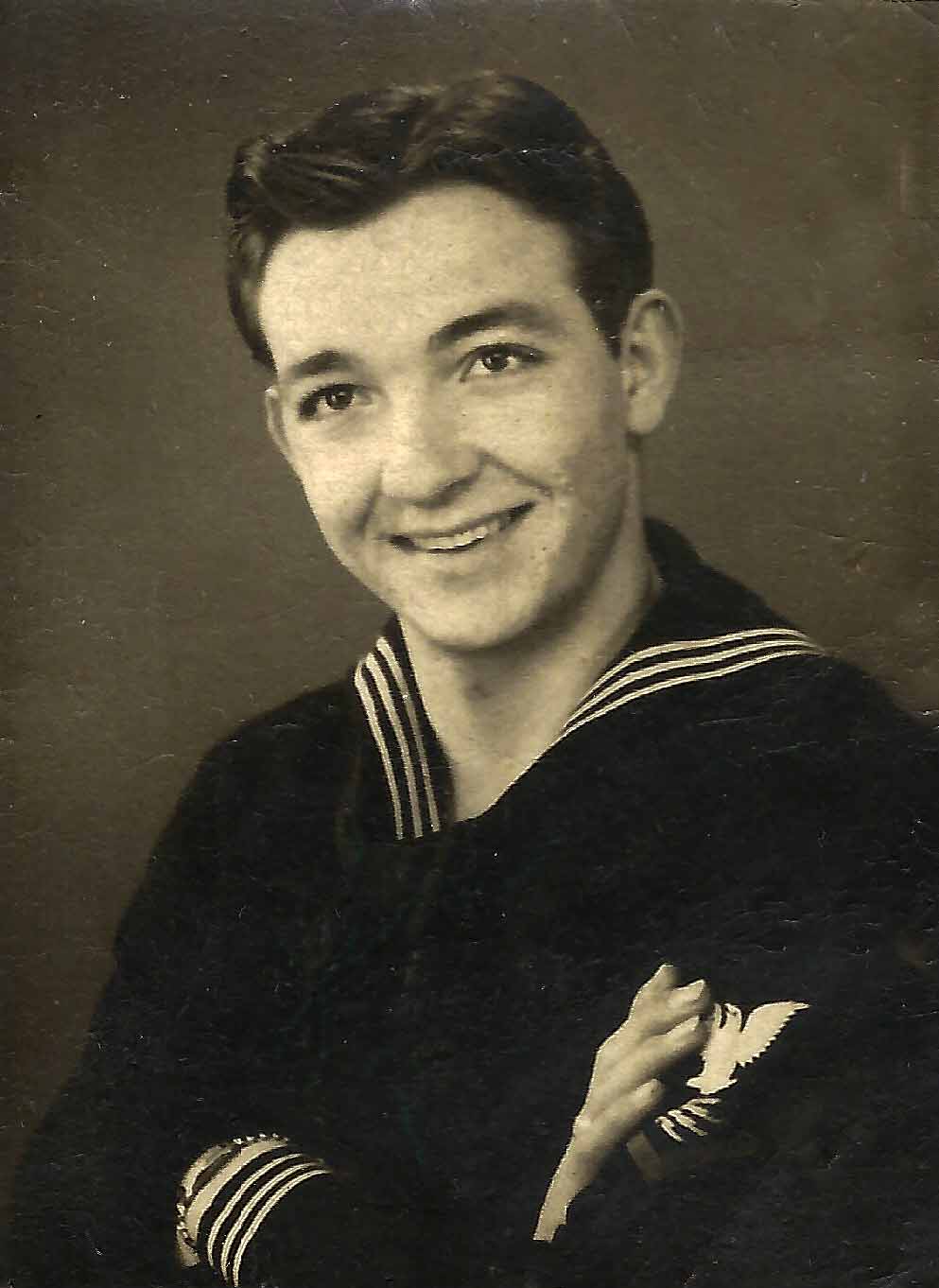 At 1930, 11 June 1943, a U.S. Navy Patrol Plane piloted by Lieutenant (jg) Douglas Selby Vieira, A-V(N), crashed in the water while making a gallant attempt to rescue the crew of an R.A.F. fortress shot down by an enemy submarine. The aircraft was on a search mission for these survivors. Lieutenant Vieira and Lieutenant Bodinet made the landing while the rest of the crew manned their assigned positions. Lieutenant Vieira and Lieutenant Bodinet swam from the cockpit door and thus hasten the plane’s sinking. Because the plane seemed to be going down rapidly all men hastened to leave the ship in spite of the rough water and they were unable to take water or flares with them. Under the effects of cold, sickness, salt water and injuries, one by one, the men died, until on 17 June 1943, Pelletier, Lionel Frederick, ARM1c, was recovered alive with the body of Chaney, Oscar Alvin, AOM3c. Pelletier will recover but will not be able to continue on active duty.

James E. Peoples drowned in the Atlantic Ocean. He is memorialized at the Cambridge American Cemetery, Cambridge, England. He has a memorial stone in Happy Valley Memorial Park, Elizabethton, TN. 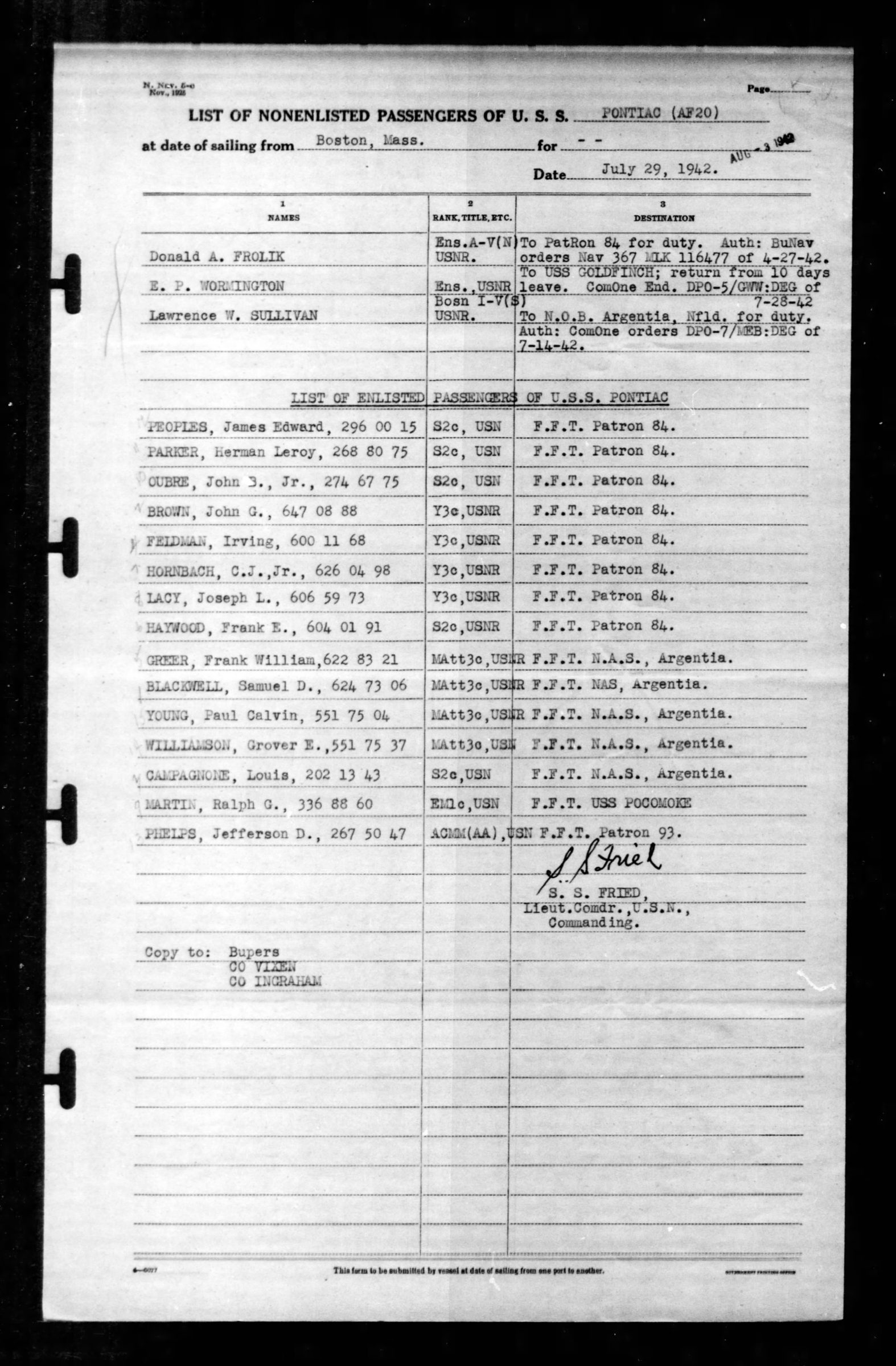 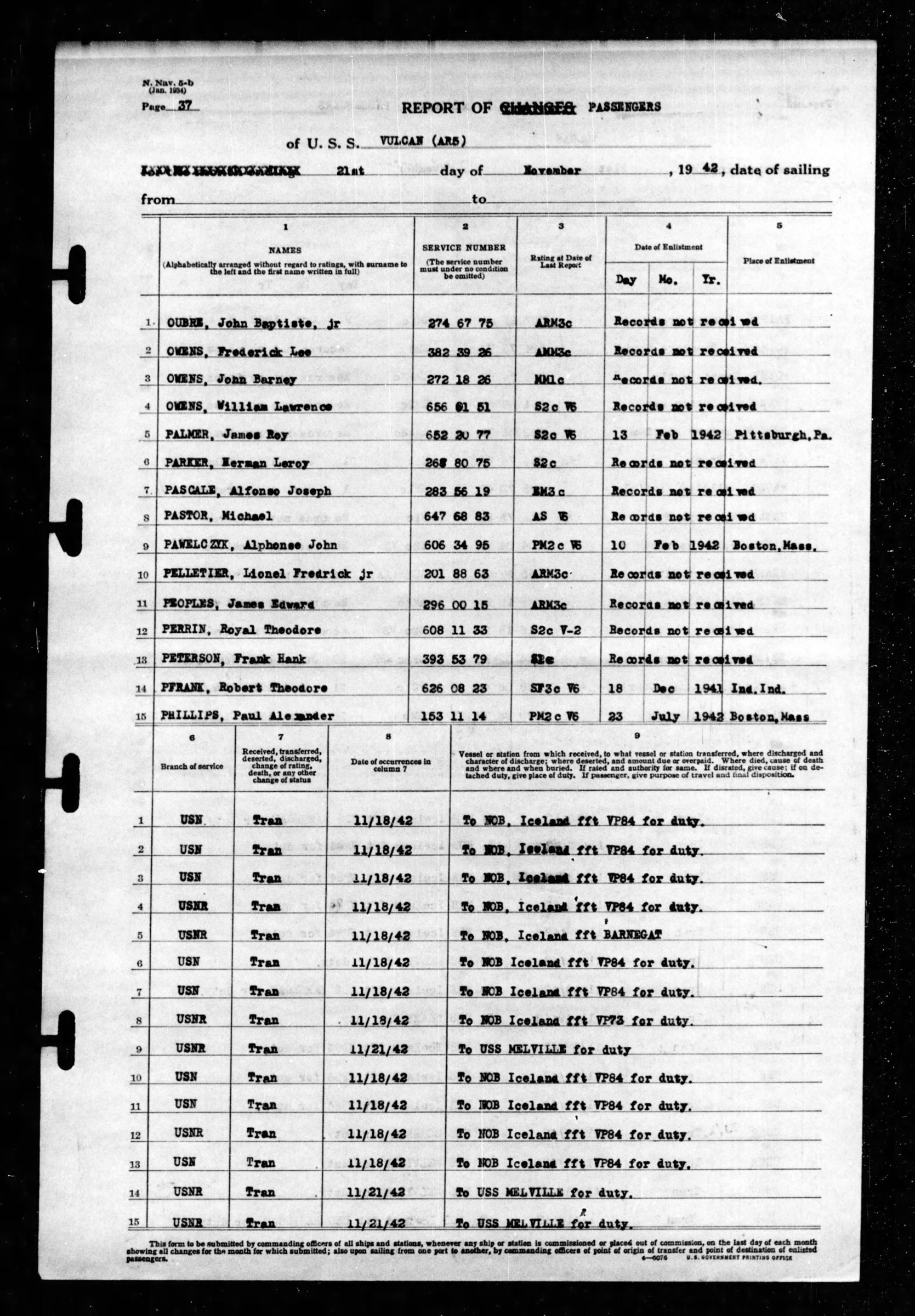 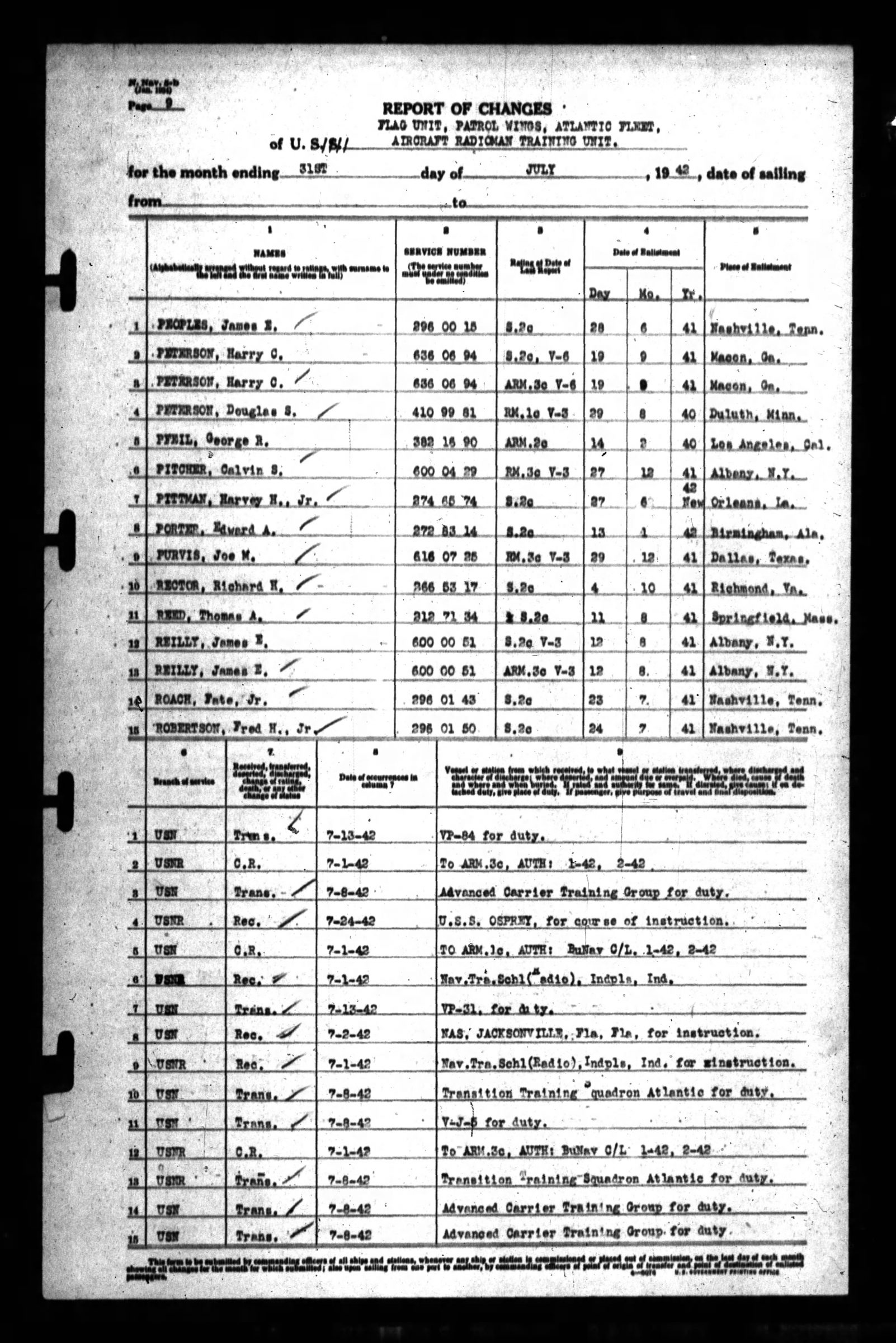 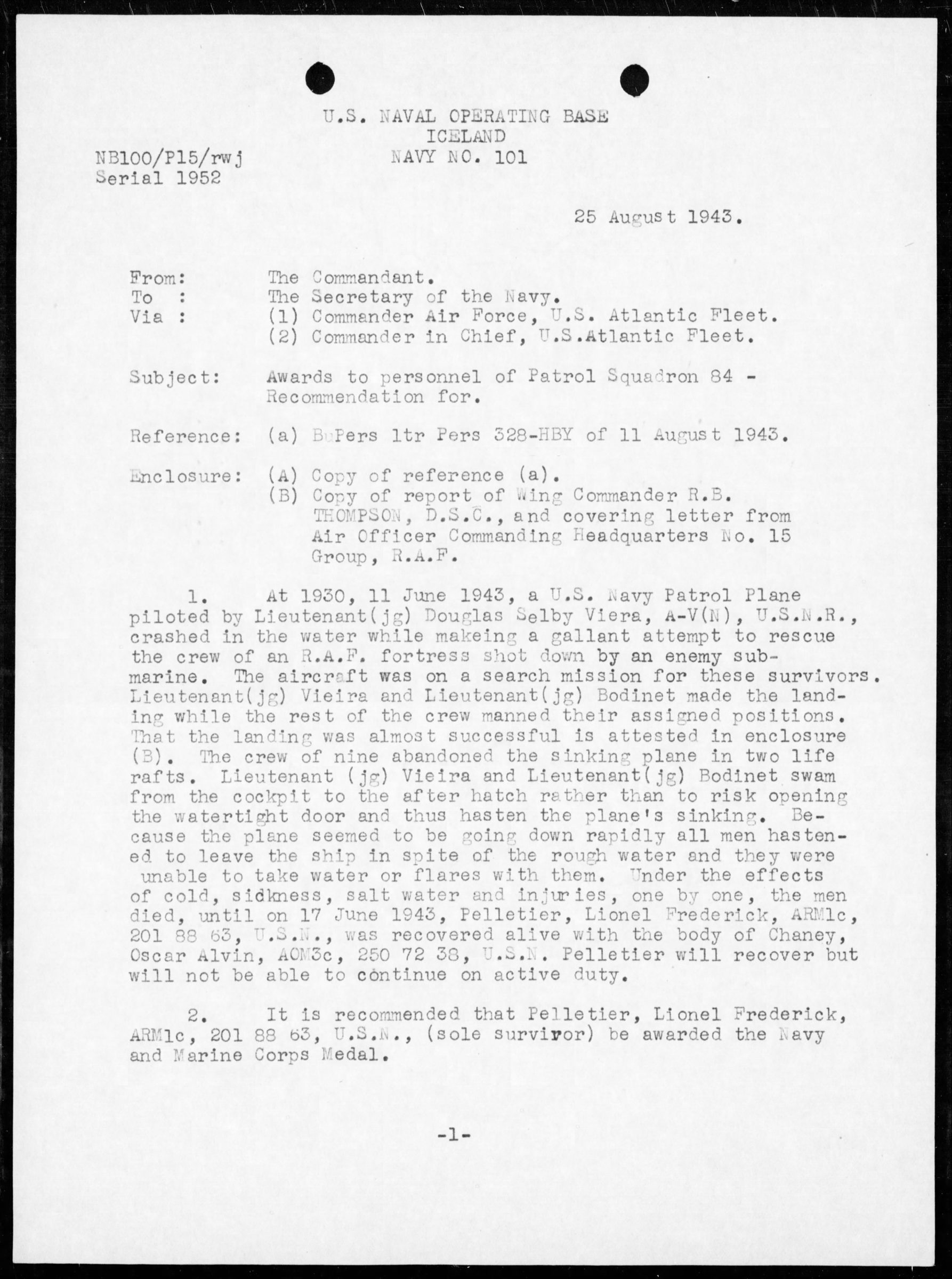 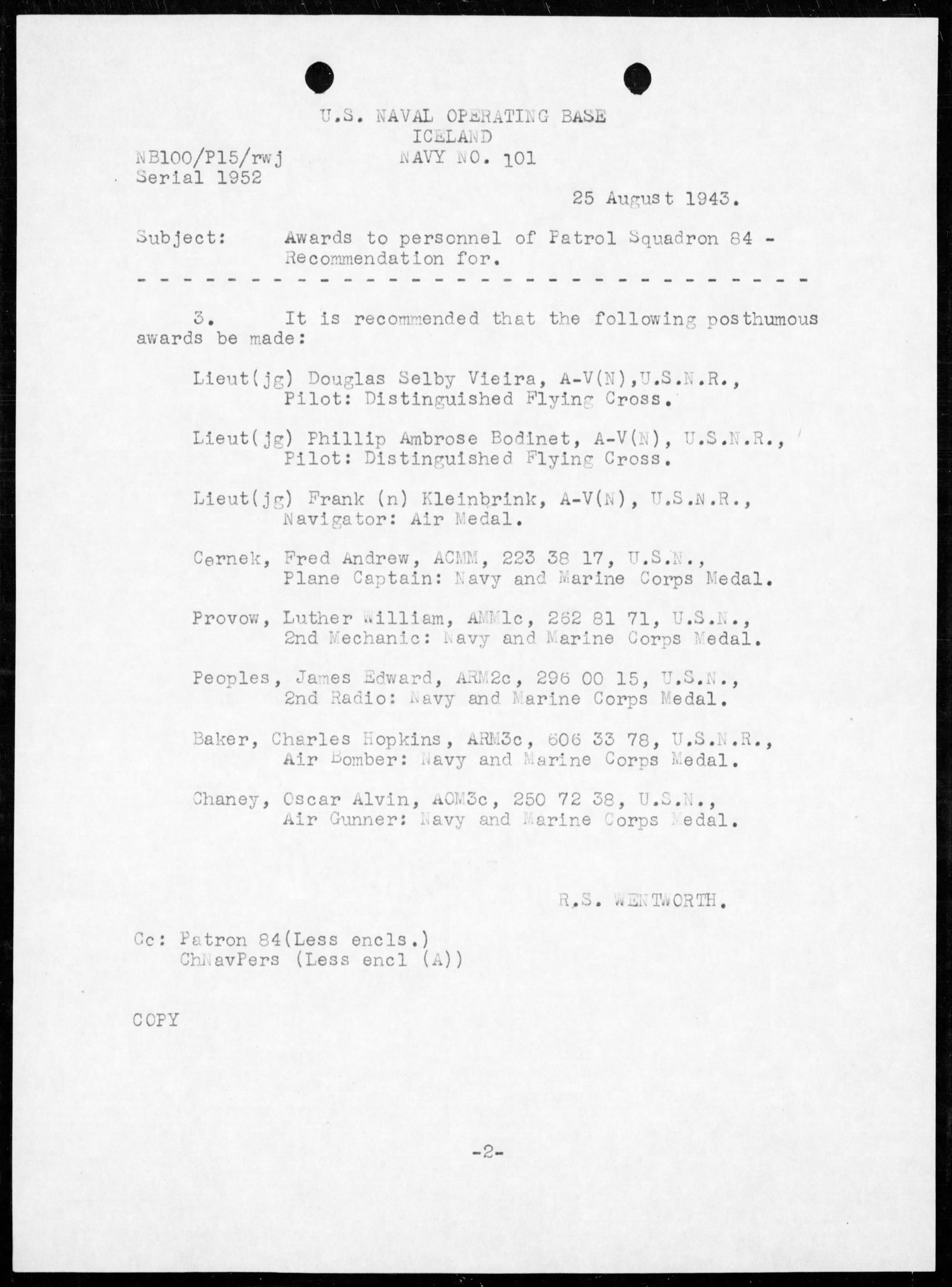 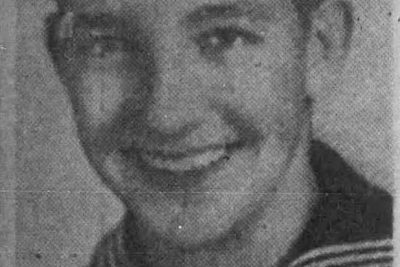