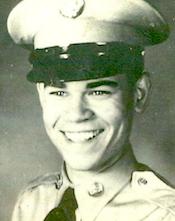 James was my Mother’s brother. His parents had 5 girls & 4 boys. 2 of the boys died as infants, his other brother died at about age 17. So James was the only boy they had left when he enlisted, so it was very hard on them to lose James as well. You are welcome to use his picture. He was half native American. I know that he died in 1950 but wasn’t buried until, I believe, 1955. So I can only assume that he was part of Operation Glory, which was when both sides exchanged dead soldiers. All of his siblings have now passed away.
-Submitted by Donna Poyer 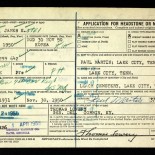