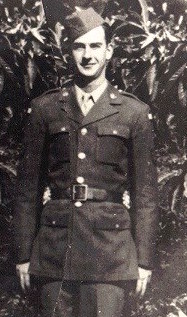 Crossville Chronicle, January 27, 1949
Last rites for Sgt. James E. Losey, Jr., were held Jan. 15, in the First Christian Church here. Burial followed in the city cemetery, with Fred Brandon acting chaplain. Sgt. Losey’s remains arrived here Friday, the 14th, from Atlanta General Depot, accompanied by M/Sgt Alec  S. Kyzer,  military escort; and remained at Hieronymus funeral home until near the hour of service.
Sgt. Losey, youngest son of Mrs. Kate Losey and het late James E. Losey was born August 14, 1920 and reared in this county, completing grammar school at Oak Hill and attending Cumberland County High School. He enlisted in the Army on September 22, 1942 and was called in active duty on December 14, 1942. He received his training at camps in California and served with the Ordinance Corps until transferred to a replacement battalion. While stationed in California, he visited his cousins, Mrs. Martha Donelly and Mrs. Louise Owens at their home in Los Angeles. And during one of these visits he told them he was ready to go in every way, even to giving his life, and he had placed his trust in his Maker and knew that all would be well with his soul should he not return. Also while in California, he was married to Marjean Fisher, of Lindon, Calif. On April 5, 1944, he went overseas, landing first in England; from there to France and then into Germany, where he was killed in action on the Sigfried Line, on March 19, 1945. At the time of his death, he was serving in Co. C, 15th Infantry with General Patch’s Seventh Army.
Besides his mother, and his widow in California, he is survived by three half-brothers: Jesse, Joe and William Pugh, all of Route 1; seventeen nieces and newphes; an uncle, Howard Dixon, also of Crossville; and other relatives hand hosts of friends who loved and respected him. 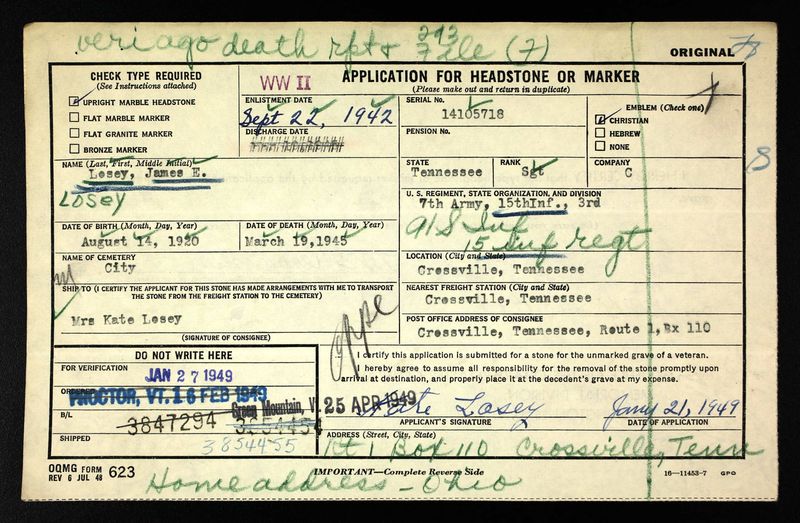