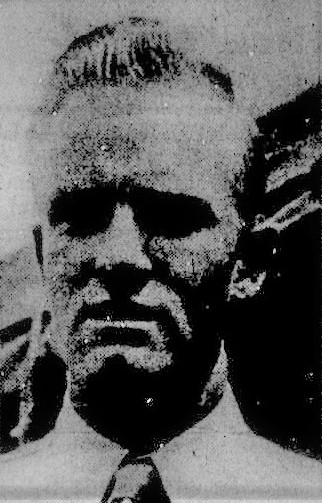 Technical Sergeant James E. Davis was born in 1918. He enlisted in the Army Air Corps for service in World War II on September 24, 1941, in Fort Oglethorpe, Georgia. He served in North Africa in the 330th Bomber Squadron, 93rd Bomber Group, Heavy. He was killed in action on Monday, December 7, 1942, and was initially buried at Oran Cemetery in Algeria and re-buried in North Africa American Cemetery in Carthage, Tunisia (Plot H, Row 12, Grave 14). He was awarded an Air Medal.

On the morning of 6 December 1942, the aircraft departed from their base in England for North Africa where they were to play an important part in the operations to defeat Rommel and force the German Armies out of Africa. On 7 December 1942, at the end of the first leg of this journey to the North African theater, the aircraft crashed and killed the entire complement. There were no survivors, and the exact cause of the loss of this aircraft was unknown.

The Knoxville Journal, July 23, 1942
The Air Medal will be awarded posthumously to the late Tech. Sgt. James E. Davis in ceremonies at McGhee-Tyson Airport. Martin Davis, father of the dead hero, who lives near the airport, will received the Medal. 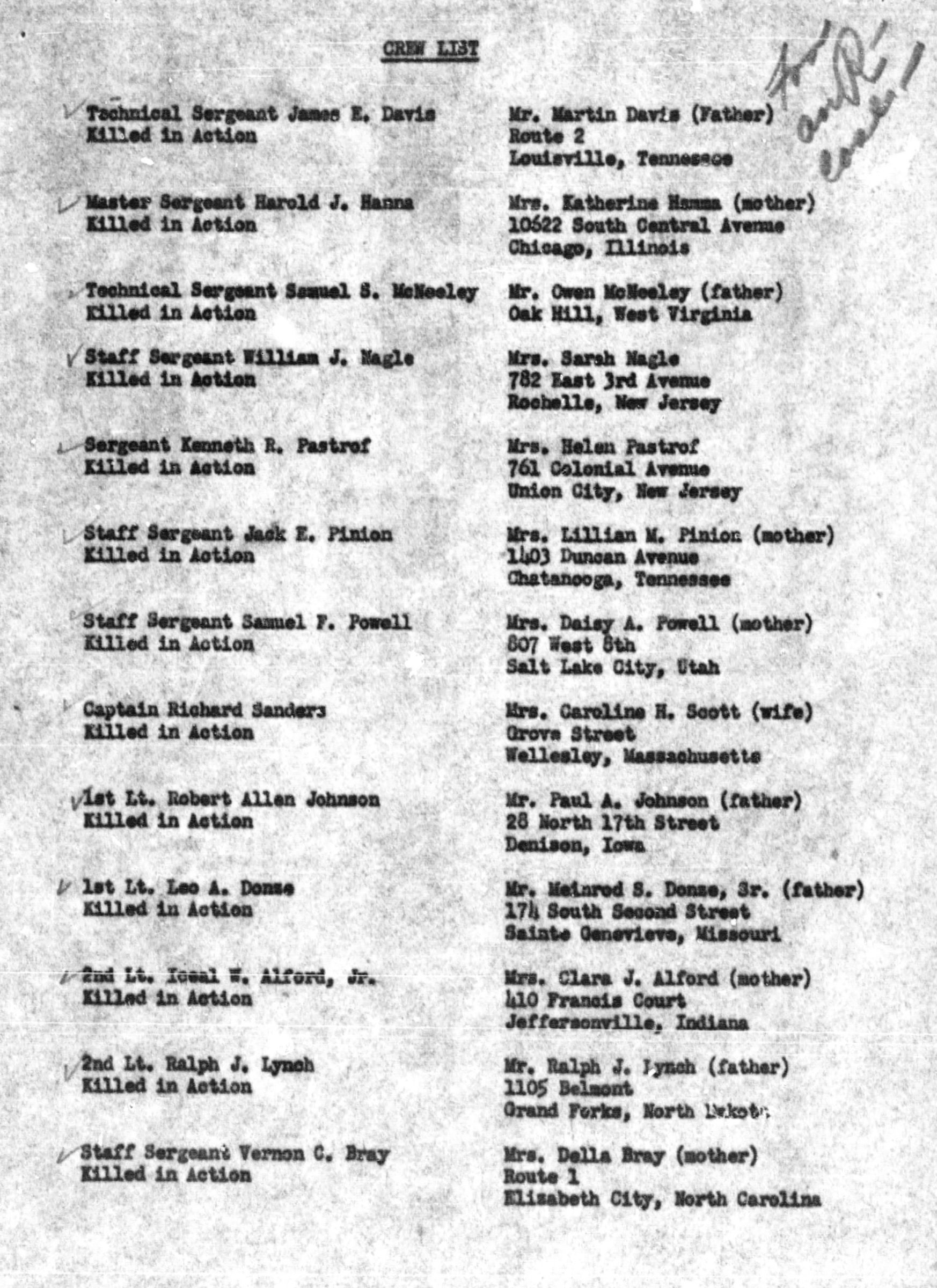 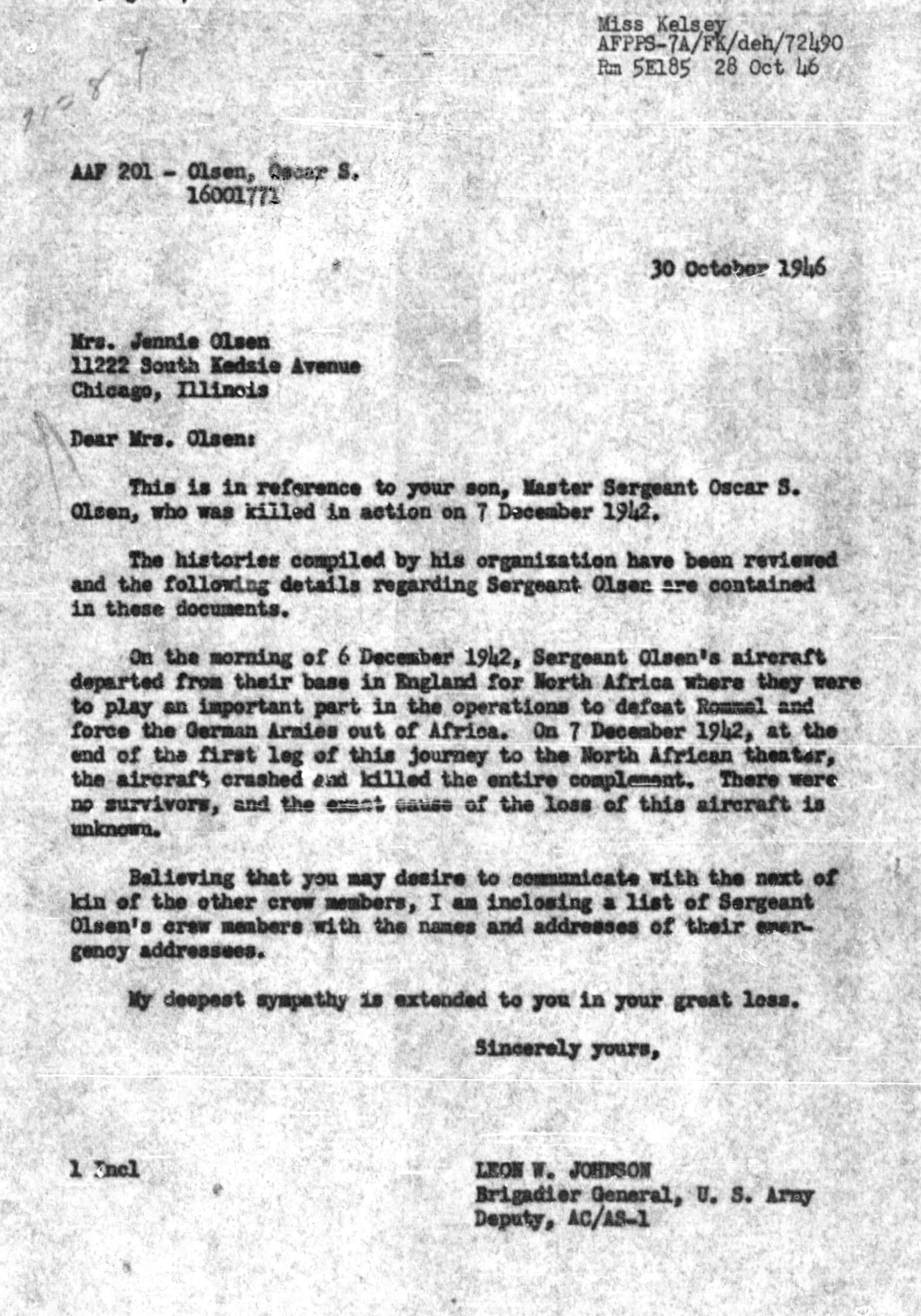 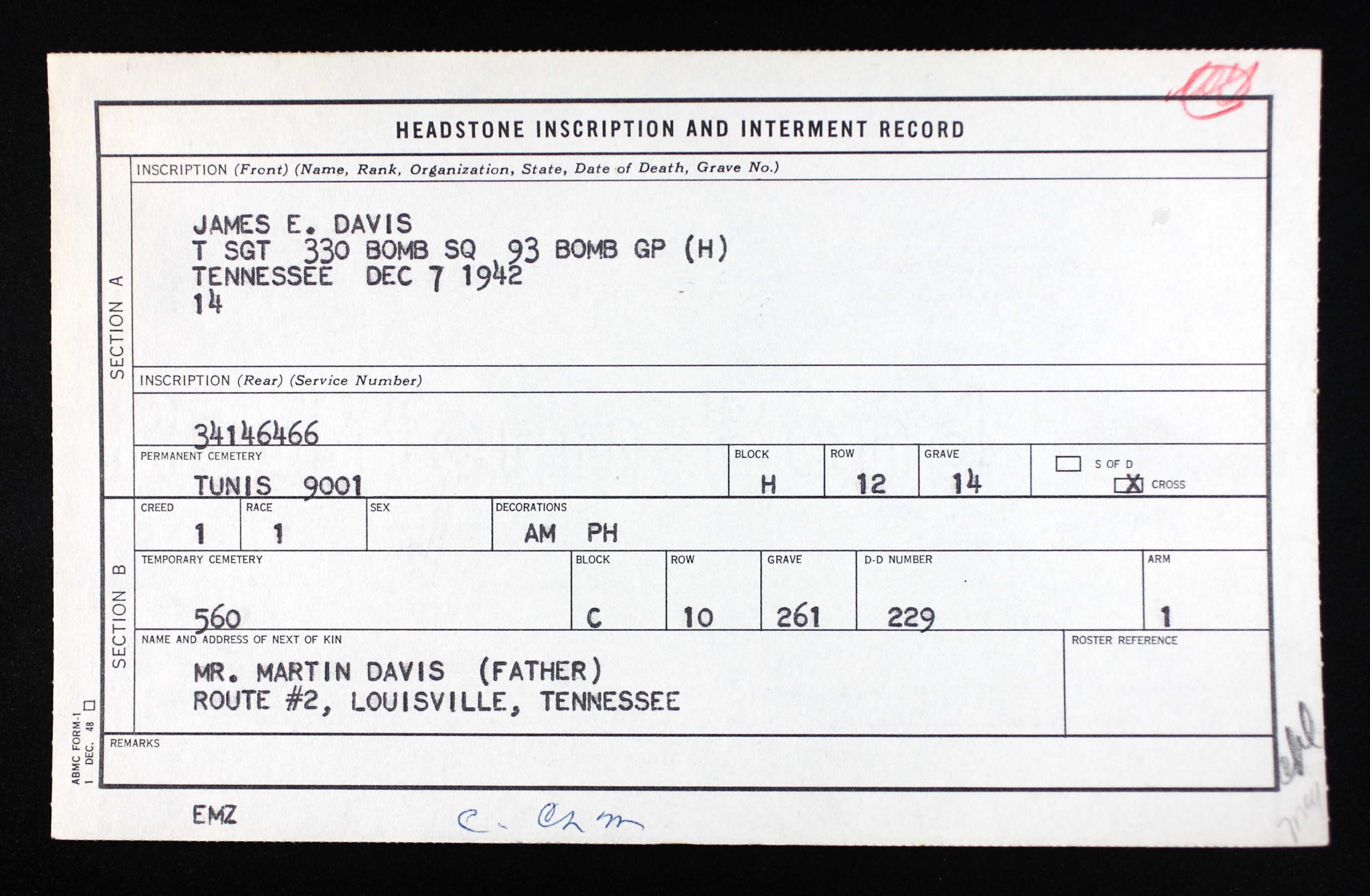 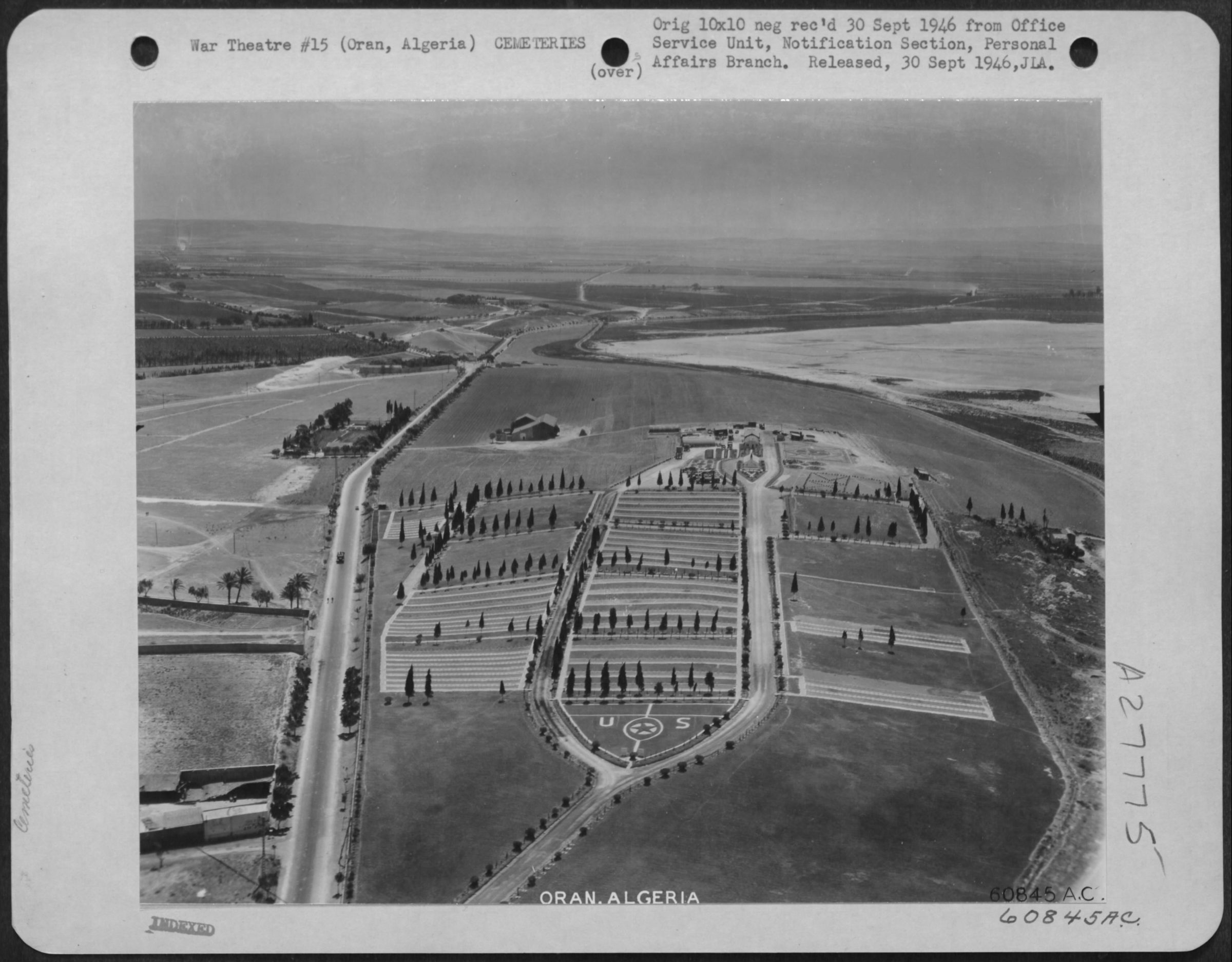