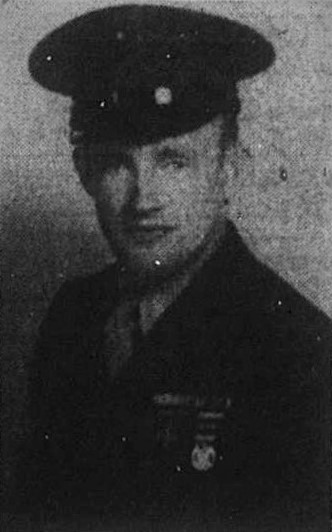 The Greeneville Sun, May 14, 1945
Sgt.  James E. Cosley, was killed in action February 20, on Iwo Jima. He belonged to the Fifth Marine Division and had been transferred to the Pacific and took part in the invasion of Sicily and Salerno and spent some time at Casablanca. He is survived by his father, Mr. W.E. Cosley, of Midway, two sisters, Earlene and Essie and two brothers, Eskel and Harold.
Mr. Cosley is in receipt of the following letter from a member of is outfit, which is given below:
“I know the death of your son has been very hard to take for  they do not come any better than your son and all of us in the company loved him and miss him now. I know of nothing I can say to help ease the pain of such a great loss except that he held no fear of death and for such a lad death cannot be his ending, but the beginning for him of a world full of peace and happiness.
James was hit and killed almost instantly by enemy sniper fire on the 20th of February. He did a great job up and until the very last. If I can help you in any way, please write for it will be an honor to be of service to Jim’s father. If Jim could talk to you I know he would tell you not to worry for he wouldn’t want it that way. Good luch and may God be with you. Always.”
Capt. Wm. T. McCann, Fifth Marine Division

The Greeneville Sun, Wednesday, January 12, 1949
The funeral of Sgt. James E. Cosley, U.S. Marine Corps, whose body will arrive in Greeneville on Thursday, will be held Friday at the Kiser Funeral Home. Full military honors will be accorded the deceased by the VFW. Interment will be in the Andrew Johnson National Cemetery. Sgt. Cosley, a son of Mr. and Mrs. William E. Cosley, is survived by his parents, also two sisters, Mrs. William C Love and Miss Elsie Cosley and two brothers, Harold and Eskel Cosley, all of Greene County. 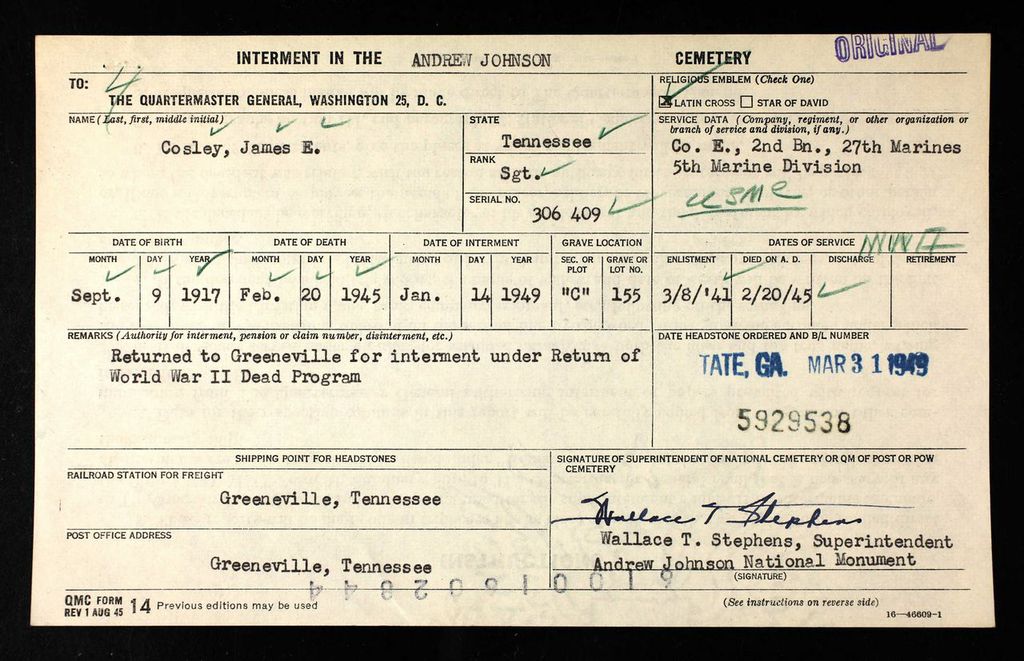 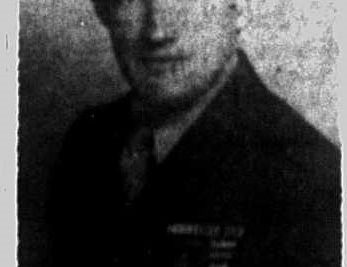 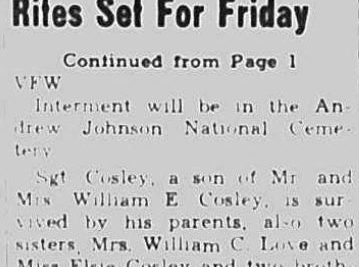