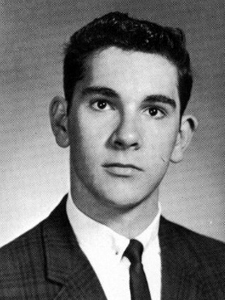 “Damn you! You never did teach me to drive a bulldozer. Travis was my Friend since Parris Island in 66. We came all the way from bootcamp to Tank school to RVN together. All the way to one of the worst nights of my life at ASP#1 where he lost his life in a stupid and tragic way. I’ll never really know what happened that night, even though I was right there. I only hope you’ve been in a better place than that mudhole country that you died in. We had some great times at the Red Cross music room at hill 327 bangin out that Rock & Roll. Hope I was a friend to you, you were to me. Always in my thoughts Semper Fi” -D.C. Fresch, fellow Marine and friend from Parris Island

“Robert Hill here, from ETSU. I still remember the run up HWY 11 to Johnson City in your silver Corvett. I joined the Navy after you left for the Marines. I lived, you died. I still cannot get over the wonder of it all.” -Chief Robert Hill