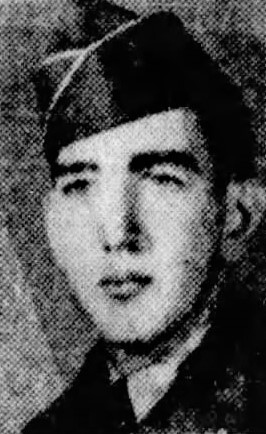 Private First Class Rogers was a member of Company C, 1st Battalion, 19th Infantry Regiment, 24th Infantry Division. He was listed as Missing in Action while fighting the enemy in North Korea on April 24, 1951. He was presumed dead on December 31, 1953. His remains were not recovered. His name is inscribed on the Courts of the Missing at the Honolulu Memorial.
Light Weapons Servicemen

The Knoxville News-Sentinel, June 1, 1951
Pvt. James D. Rogers, son of Mr. and Mrs. Floyd W. Rogers, 314 Crozier Street, has been listed as missing in action while serving in Korea. Pvt. Rogers, a member of the 19th Infantry Regiment, in his last letter home April 16 said he was “close to the Han River,” and added “not to send any more packages (since he) wouldn’t be there very long.” The Knoxville soldier enlisted March 20, 1950, at the age fo 17. He had previously attended Rule High School. 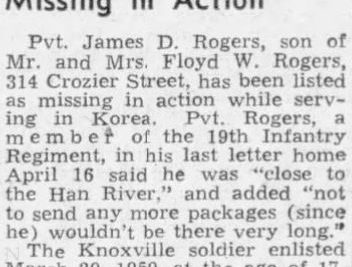 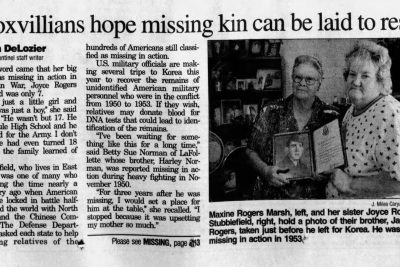 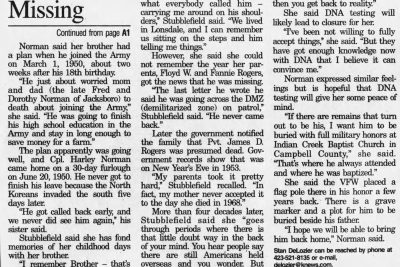