On 22 September 1944 aircraft B-24G, serialnumber 42-78407 departed from Stornara Field in Italy on a bombing mission to Munich/Riem A/D in Germany. The plane crashed near Otterfing near Helskirchen.
Statement from Leo W. Rice, 2nd Lt, Air Corps I was flying as co-pilot on plane #418, in Charley 1. At approximately 1211, I saw Lt Tawes´plane, #407, low under Baker box and turning to the right slowly. The plane appeared under control and no engines were feathered. About a minute later, he was to the right of Baker box and about , 5,000 feet below the formation. At that time I saw his #2 engine catch on fire, but it was seen to go out soon after. He was losing altitude rapidly. When he was at 10,000 feet, he made two or three vertical reverses in quick succession. Immediately afterwards I saw one, definitely, and possibly two chutes open. Seconds afterwards, the plane nosed down, steeply and crashed into a patch of woods. The time of the crash was approximately 1213, and in the immediate target area. 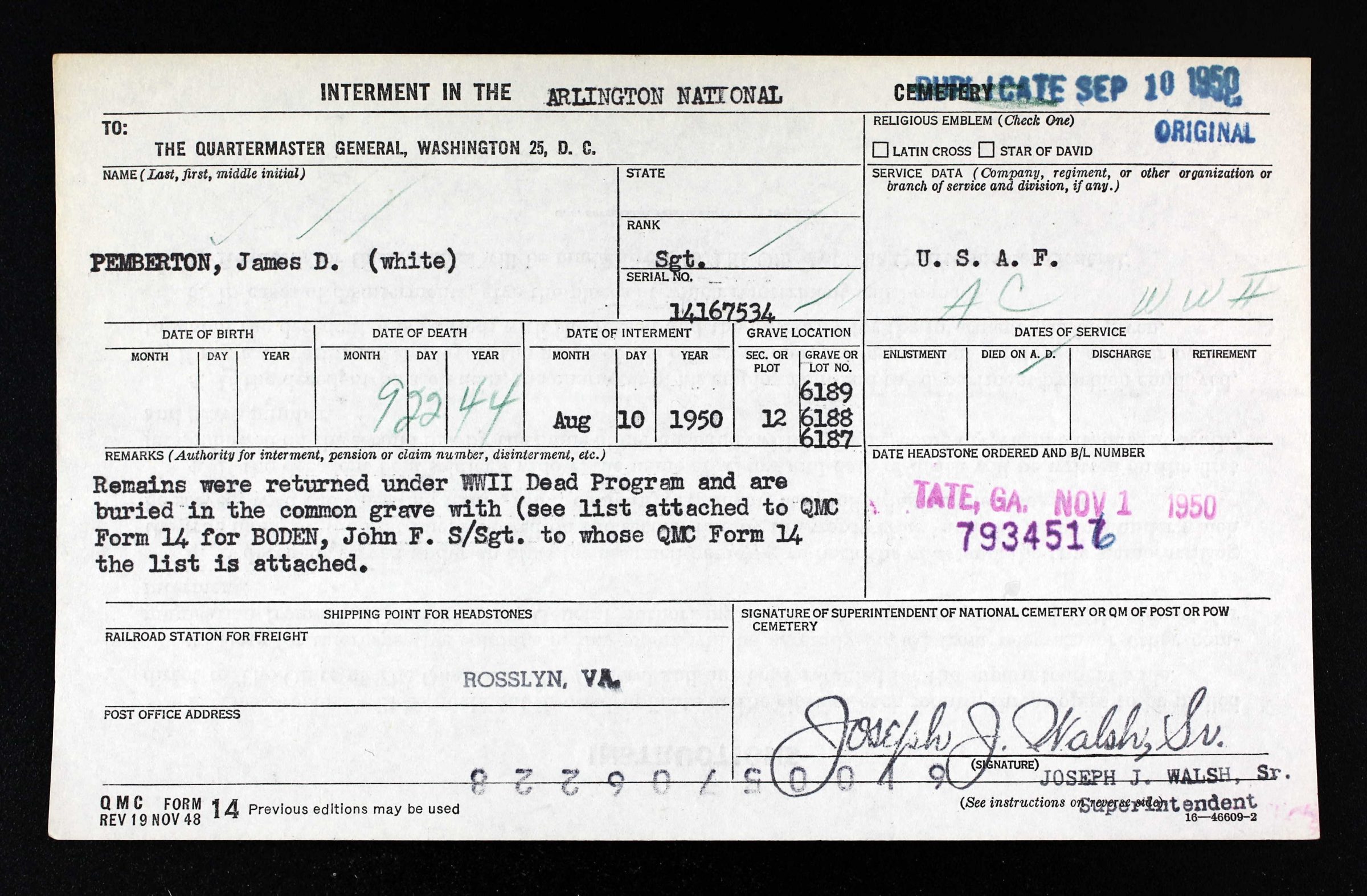 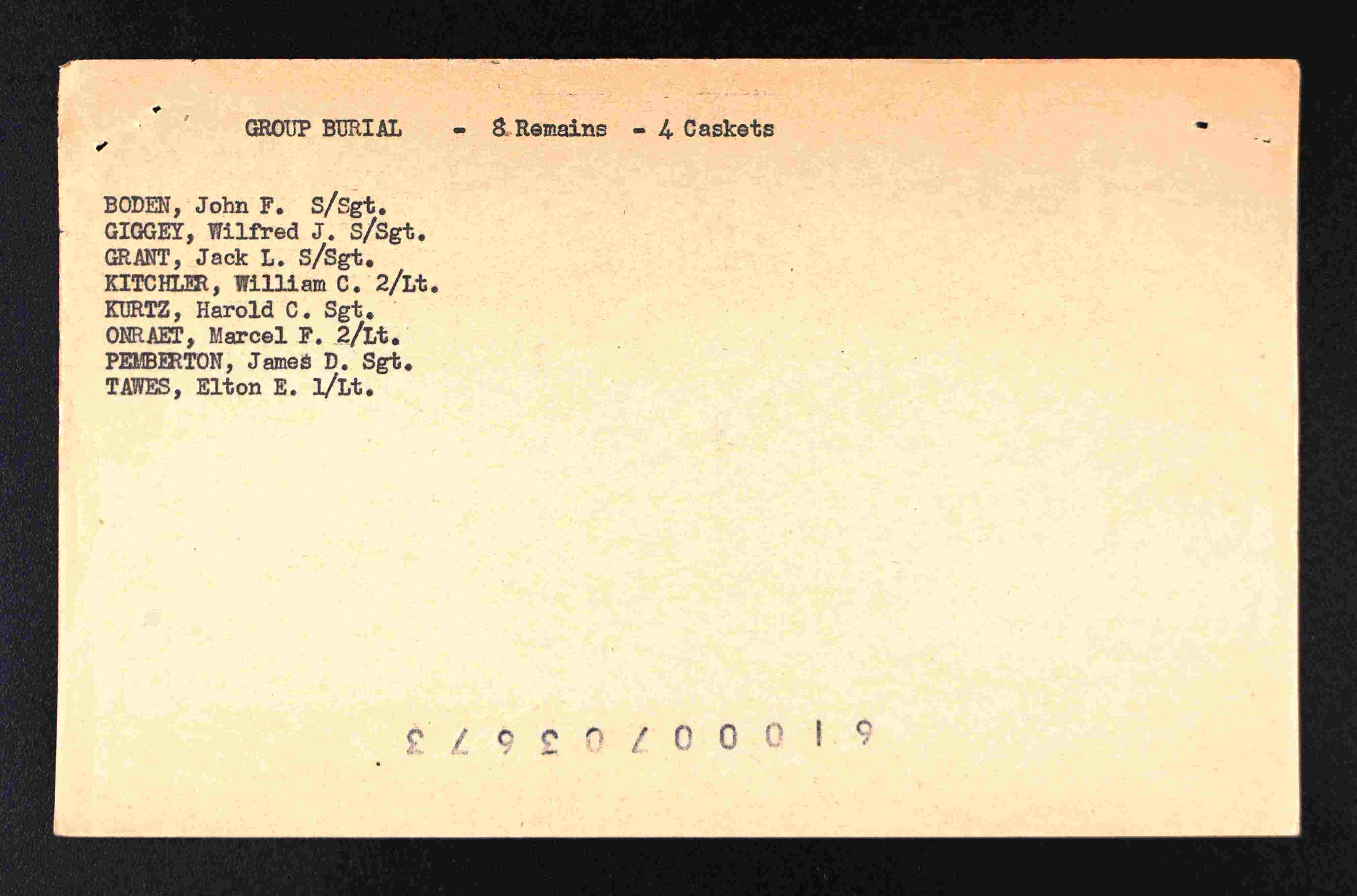 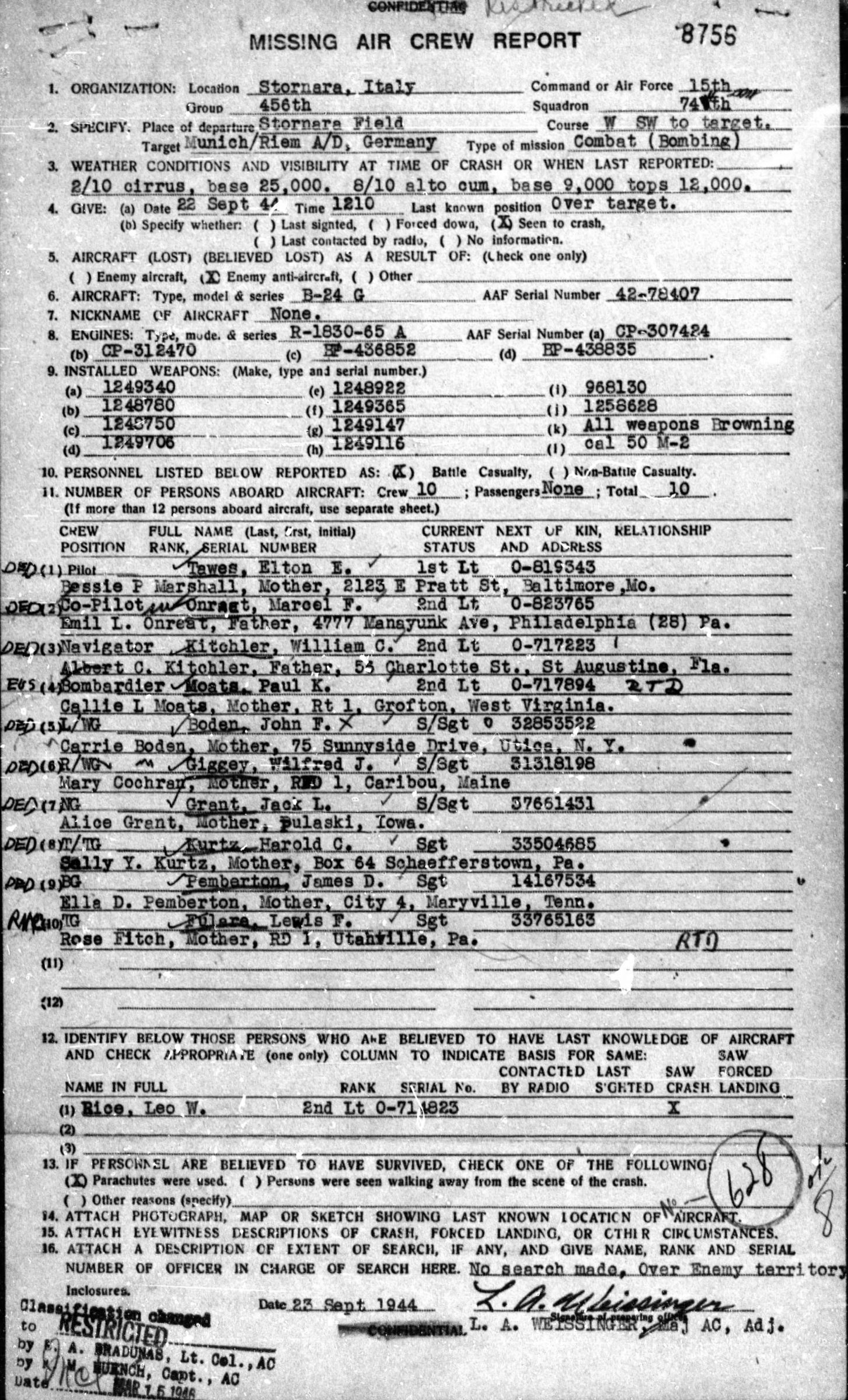