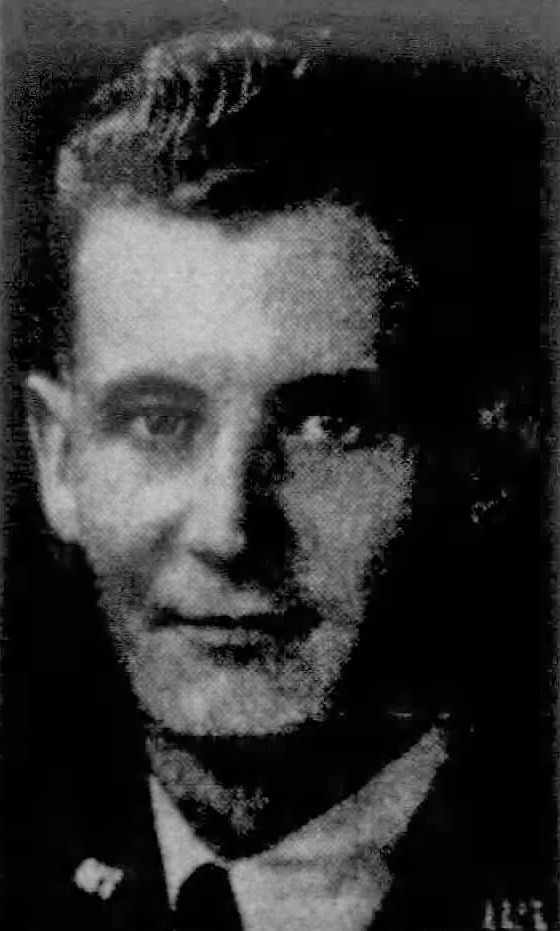 Captain James Daniel Long was born in Crawfordsville, Montgomery, Indiana and was the son of Bert Long and Emma Blanche Easley. He was killed in action in Basse-Normandie in France. He is buried in California.

The Knoxville Journal, August 18, 1944
Capt. James D. Long, 28, husband of Mrs. Erma Lee Long of Loyston Road, was killed in action in France, August 2 according to a telegram which Mrs. Long received Wednesday from the War Department. Captain Long, who had been in active duty since September, 1941, was promoted to his pesent rank June 18. He entered the Army as a second lieutenant. Captain Long participated in major battles of the North African campaign and entered France with the invading Allies on D-Day, June 6. Additional survivors include his father and mother, formerly of Knoxville, but now of Sacramento, Calif.; one sister, Mrs. Bert Gier, also of Sacramento, and one brother, Robert L. Long of the U.S. Army, who is stationed in a Sourthern State camp. 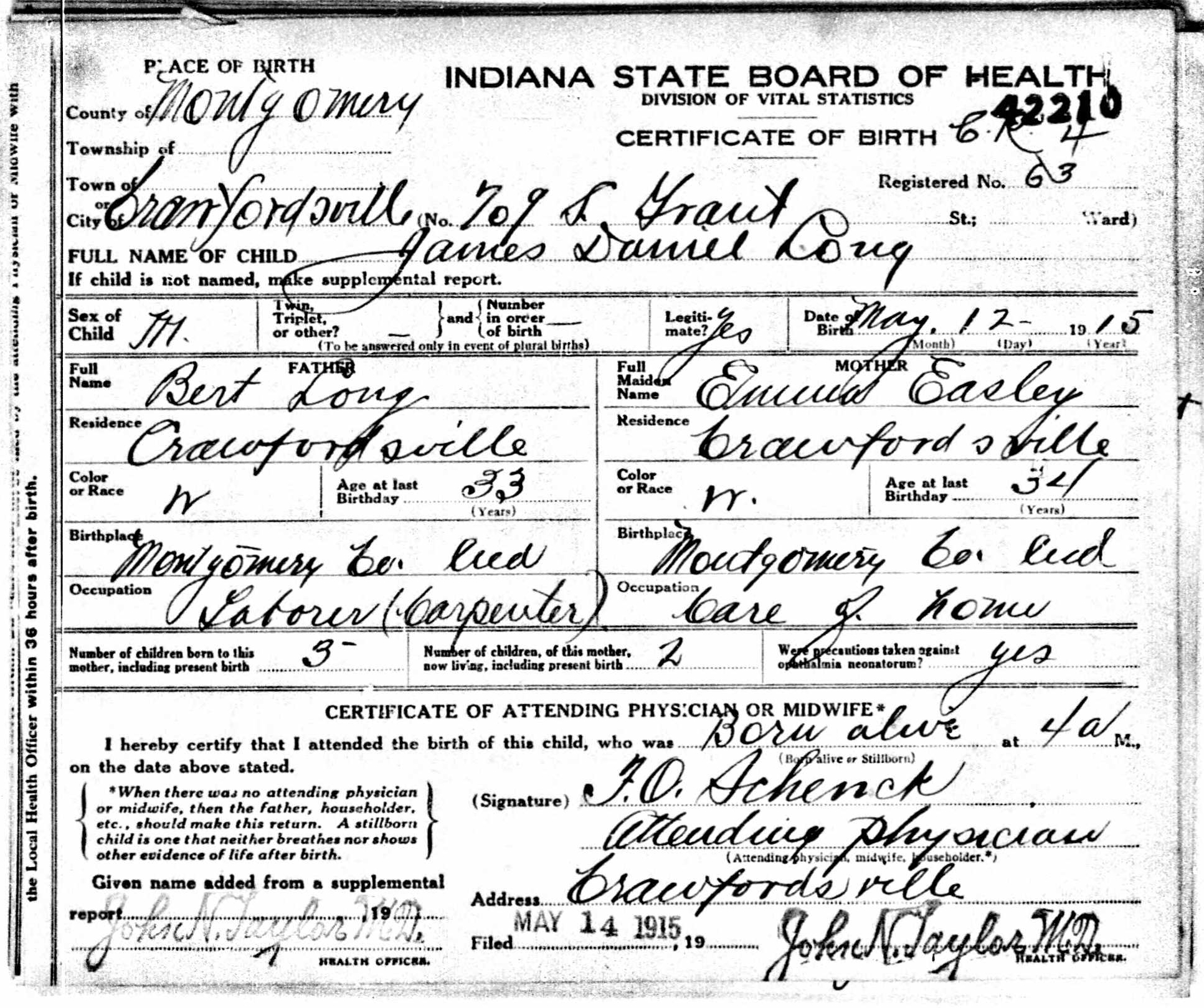 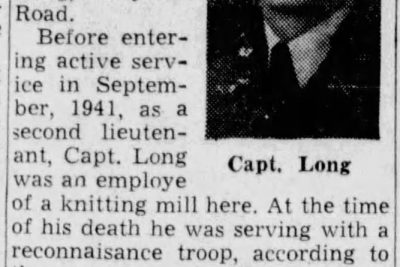 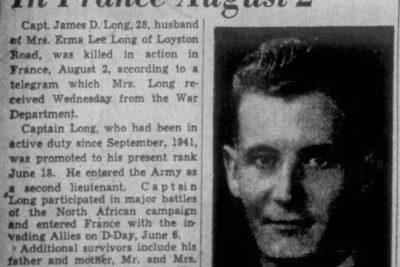