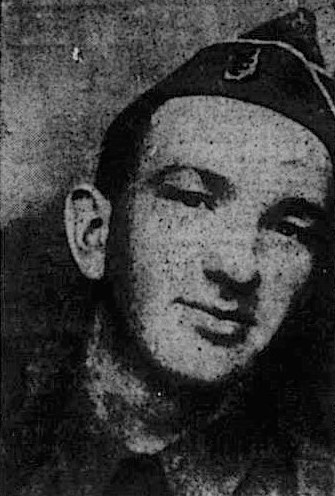 Crossville Chronicle, February 1, 1945
A telegram from the War Department was received Jan. 26, 1945 by Mrs. Laura King, telling her that her son, Pvt. James Dewey King, age 23 years, had died in France, Jan. 11, 1945. He was wounded on Jan. 1st while in battle and died from wounds received then. His mother received a telegram on Jan. 14th telling her of his wounds.
Pvt. King, called Jay by his family and friends, was born July 18, 1922 in Cumberland County, where he spent most of his life. He is the son of Henry and Laura (Burgess) King, who reside on the farm of Mr. and Mrs. Wm. Garrison. After Pvt. King entered the service he was married to Miss Licile Lewis, of Hamlet, North Carolina. A little daughter, Peggy Jean, now 18 months, was born to them.
Pvt. King entered the service Oct. 20, 1940 and was sent to Fort Jackson, South Carolina for his first training. For other training he was sent to Fort Leonard Wood, Missouri, Camp Kelmer in New Jersey, Camp Upton in New York, Fort Meade in Maryland, then back to New York, where he sailed for France on Nov. 1st, 1944. As a very Young boy, he was honest and quiet, and thoughtful and never asked for anything in return. He loves machines and of others, always ready to lend a helping hand wherever he could, handled them well, with a very good knowledge of why they would or would not run. He was loved in his home and community and will be forever missed.
Surviving beside his wife and daugter are his parents, Mr. and Mrs. Henry King, four sisters and Mrs. Ola Hood, Hoover, Bethel Leslie, the twins Milton and Mary; four brothers: Mrs. Mae Burgess and baby sister, Thelma Lou. 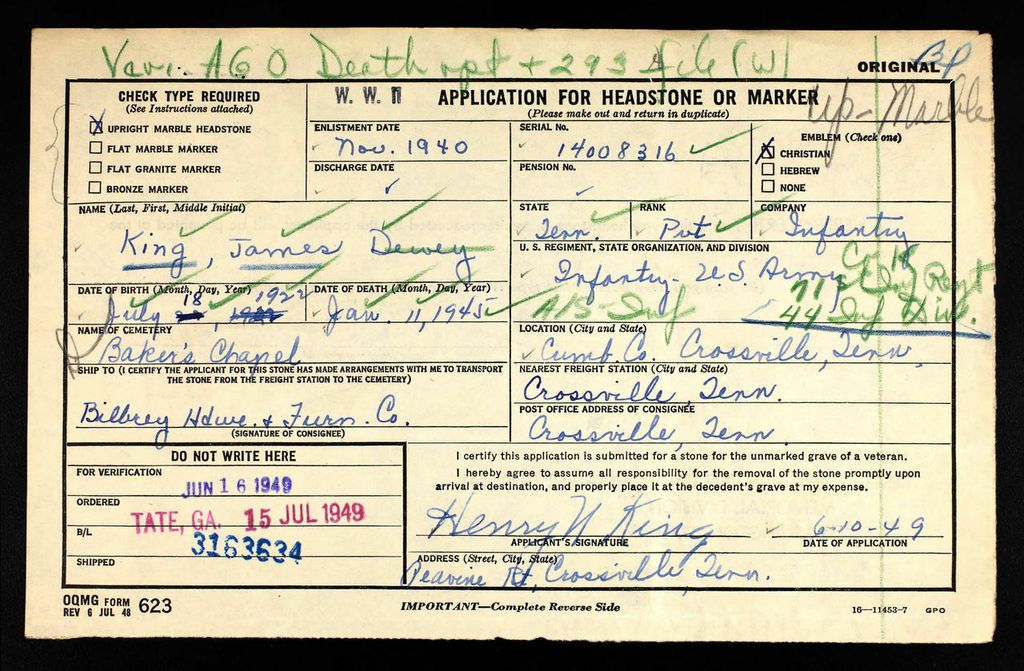 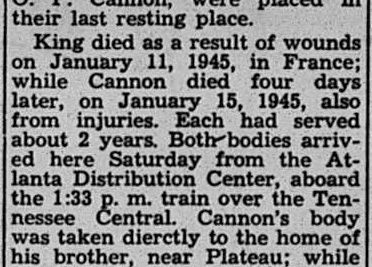