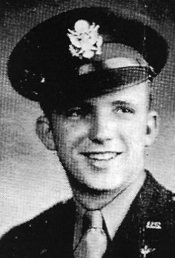 James Gilbert wanted to be a combat pilot, and he looked the part tall, handsome, blond, athletic, smart. He also possessed a smile that made friends and melted hearts. He was a natural-born hero. James Gilbert and Patty Orr grew up together in Island Home. He was from a prominent Knoxville family of businessmen and she was one of the prettiest girls in Island Home. Each morning, James would hop in his father’s pickup truck and fly down the hill from Island Home Avenue and honk the horn for Patty. Off they would go to the University of Tennessee.

But in 1943 as World War II entered its third year, James Gilbert left UT and his girlfriend behind. He had just given Patty a large diamond ring and they were thinking about marriage, but war has a way of putting regular life on hold. Instead they decided to wait. That wait turned out to be forever.

On June 22, 1945, just two months before Japan capitulated, Gilbert’s “City of Cedar Rapids, Mich.,” a B-29 Superfortress also known as the Colleen, was on her 13th mission to bomb targets in Japan. It was the last mission of 1st Lt. James Gilbert of Knoxville. The story of the Colleen — also named for the daughter of the plane’s captain — is one of adventure and sadness, borne of heroes and human drama in a war over the Pacific. In 1943 aircrews were being trained on a new heavy bomber, the Boeing Superfortress, which could carry a payload of 20,000 pounds of bombs and explosives. It could fly at 31,000 feet and had a range of 3,250 miles.

Guam, largest of the Pacific Marianas and ceded to the United States in 1898, had been occupied by Japan early in the war. It had been recaptured by July 1944 and was turned into a major U.S. air base for operations against the Japanese mainland.

Gilbert’s father was Bert Gilbert, who carried on with the family’s interior plastering business. James Gilbert grew up in a large family of Gilberts in Island Home and was the pride of his mother Belva’s heart. He was a big, fine, healthy- looking young man, said Jeannette Giffin, James’ 94-year-old first cousin who lives in Atlanta. He was just a good-looking boy and a wonderful young man. He was only 23 when he died.

When America joined World War II, James Gilbert wanted to be a part of the war effort. He volunteered for service in the air and was sent to the 20th Army Air Forces 330th Bombardment Group. He was in the 458th Squadron that trained at Walker Army Air Force Base in Victoria, Kansas.

The first B-29s landed on Guam’s North Field on March 25, 1945. Before they were through, the 330th would fly 1,320 combat sorties and unload 7,000 tons of high explosives onto Japanese industrial compounds.

On June 22, the Colleen, with Gilbert sitting in the copilot’s seat, took off at 210 a.m. Its mission was to bomb a Mitsubishi aircraft plant in Tamashima, Japan. Capt. Carl Bauer, whose daughter Colleen was only 15 months old at the time, put the bomber into its takeoff climb and within five minutes, the big plane’s No. 1 engine overheated.

The Army listed the cause of the overheating as an oil cooler motor failure, which triggered a quick rise in the oil temperature. Bauer and Gilbert decided to abort the mission and return to North Field. At 2,000 feet, they dropped their bombs in the North Pacific Ocean, just off Tagua Point on the island’s northern coast. The air base was situated on top of an ancient uplifted coral plateau that dominated all of northern Guam. After salvoing the bomb payload into the drink, Bauer and Gilbert feathered — or shut down — the No. 1 engine and turned for Guam’s North Field to land. They circled the island for an hour, burning off fuel.

There was also another problem. Shortly after takeoff, a fierce tropical storm had blown in. Now the Colleen would have to attempt a landing on three engines while being buffeted by a frightful storm.

Around 310 a.m., Bauer asked for permission to land his crippled bomber and was given an OK to land on the south runway. But for some reason the pilot lined up on the north runway. Later it was ruled that the storm had reduced his visibility, causing Bauer to make the mistake. In the first attempt to land, the B-29, with its huge 142 foot-wing span, was too high and was waved off by the tower. Bauer turned left, and the wing dipped deeply. The big bomber never completed the turn. It went into a stall near the airfields radar antennas, then crashed in a deep ravine and burned.

The only survivor of the crash was Lt. Wallace Howard, the 458th Squadron Gunnery Officer who had replaced tail-gunner Henry Mathis on that one mission. Howard was riding in the bomber’s tail section, which broke off on impact, enabling Howard to crawl out the flaming wreckage before the aircraft blew apart. The Army identified six of the crewmen from remains recovered a day after the Colleen crashed. Four of the unidentified remains were buried in a common grave, first in Guam and later at Jefferson Barracks National Cemetery in St. Louis.

In 1997, 52 years after the accident, the crash site was re-discovered in a ravine near Anderson Air Force Base, the former North Field. Dr. Dave Russell, a civilian anthropologist, found the site of the crash while researching unrelated cultural resources, and he notified the Air Force. A military recovery team investigated and began excavations at the crash scene in August 1997. Unfortunately, the work was soon disrupted by the crash of a Korea Air Lines 747 Jumbo Jet on Guam, and the investigation was put on hold. Then on January 9, 1998, the investigation resumed with another team sifting through the crash site. Subsequent DNA tests proved that some of the remains found at the site belonged to Bauer and Gilbert.

Barry Gilbert, James Gilbert’s nephew, an environmental engineer with the Environmental Protection Agency in Raleigh, N.C., was notified in 2001 by the Army that partial remains of his uncle had been found. They wanted to find a female in the family with a direct link to James Gilbert. Barry Gilbert sent them to his cousin, Nancy Keller Arrowood in Shelby, N.C. She supplied the Army with a DNA sample, which provided conclusive evidence that James Gilbert had indeed been found. Arrowood died of cancer last year, but her daughter, Laura Gibbs, attended a ceremony last week at Arlington National Cemetery, where the remains of the Colleen’s crew were buried with military honors.

On June 7, Barry Gilbert will arrive in Knoxville for a ceremony to re-inter his uncle at Island Home Cemetery at Island Home Baptist Church, one of the oldest churches in Knoxville. James grew up in the church. His family and most of the Gilberts were some of the church’s most stalwart members.

Here on a high hill overlooking Knoxville, 1st Lt. James Gilbert was remembered in 1945 by his father, Bert, and mother, Belva, who was heartsick at the loss of her son and died two years later. A large marble memorial stone on top of the hill reads in part In Memory of 1st Lt. James D. Gilbert. He sleeps on the Island of Guam.

They knew that James was in a dangerous spot, said Giffin, recalling the day the news arrived about James’ death. Aunt Belva had not been very well. Uncle Bert had sent her to the beach in the Carolinas. She was so worried about James. Then Uncle Bert got some sort of message from the government that James was missing but didn’t have any details. Aunt Belva had not been at the beach long, and she got this feeling that she had to return home. On the trip home, Bert had given instructions that the driver was not to stop where anyone could talk to Belva. By this time, Bert Gilbert had been told that his son was dead. Belva didn’t know about it yet, Giffin said. It was a situation where you had a sick mother and you wanted to tell her as easily as you can tell something like that. 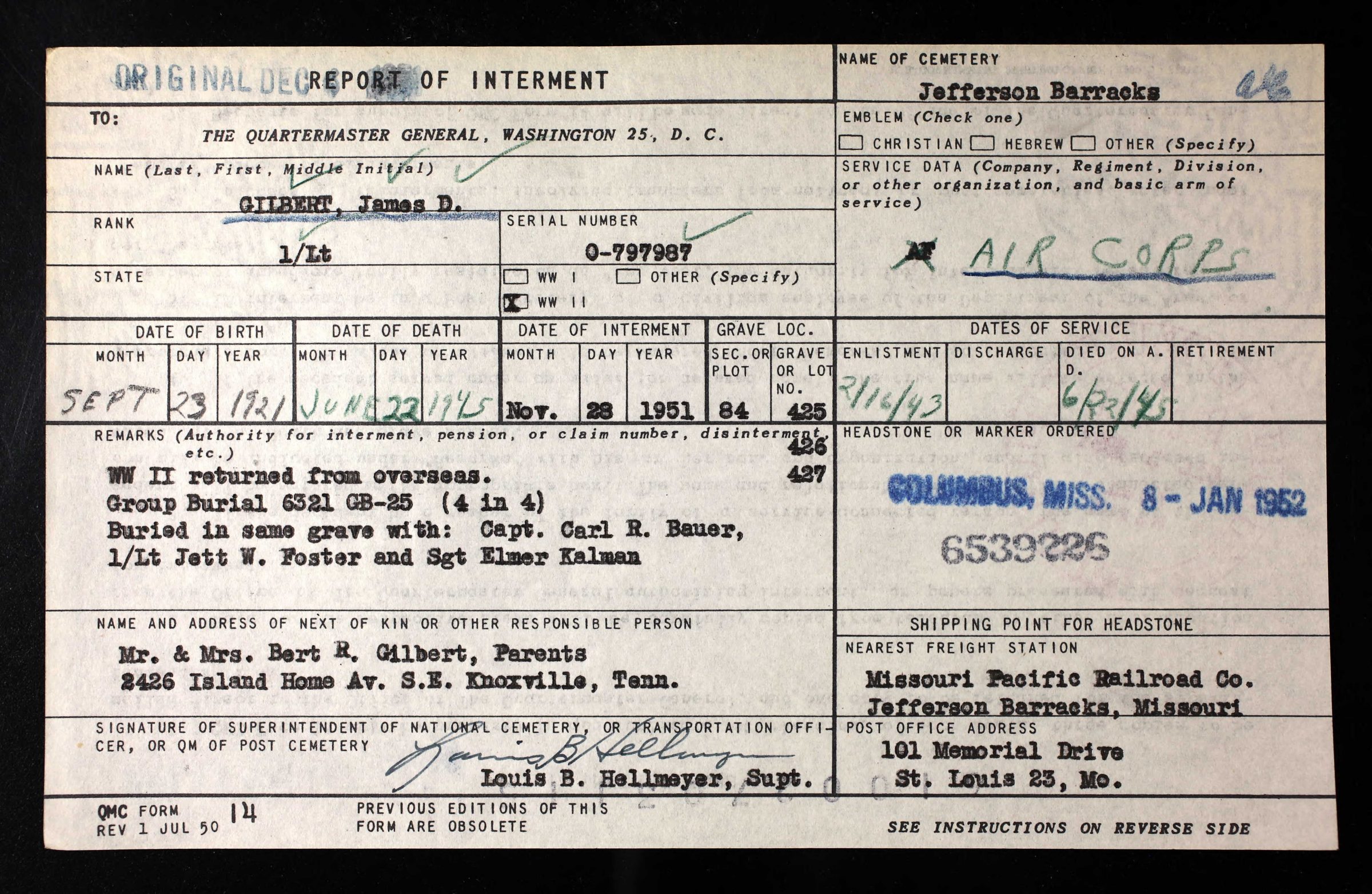 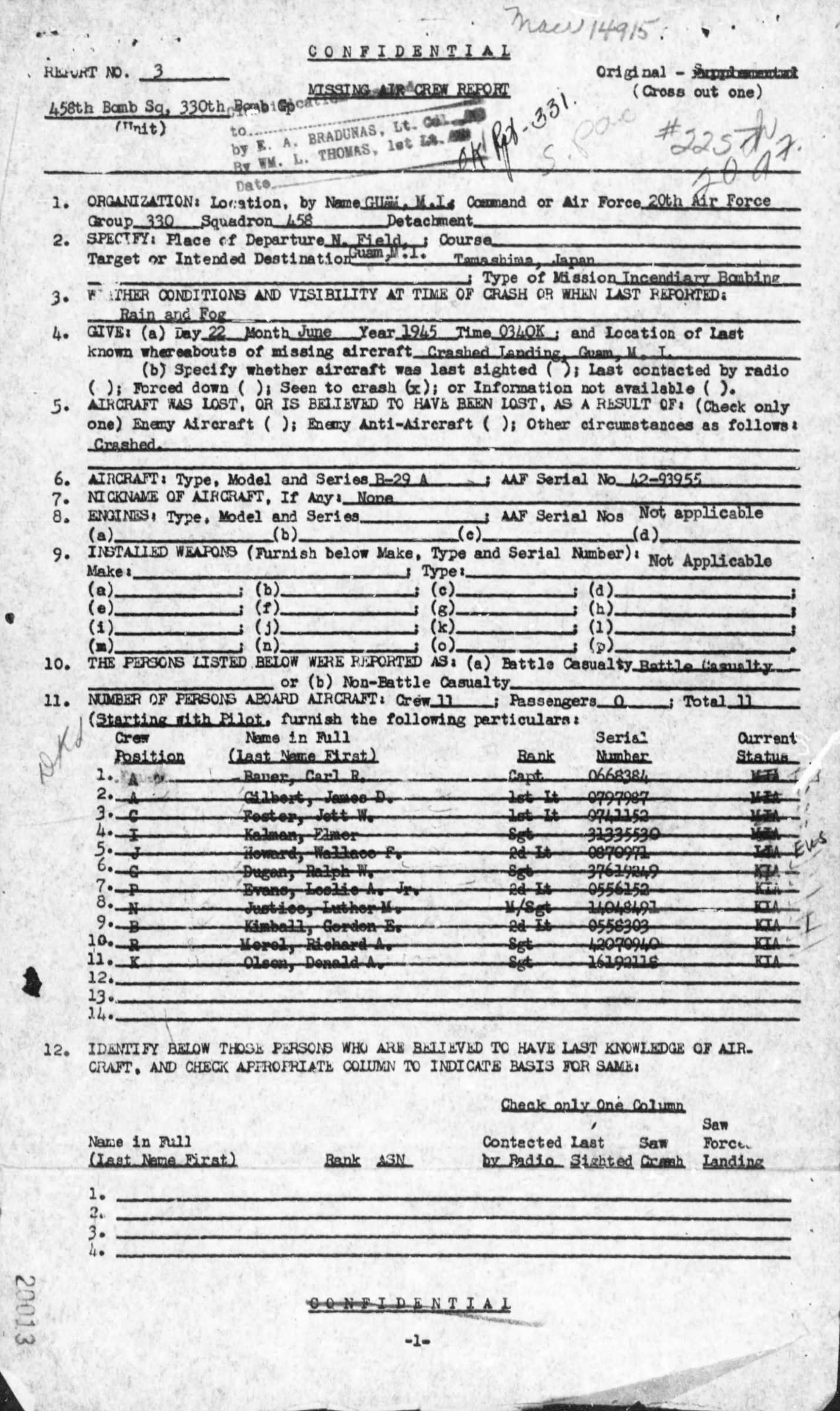