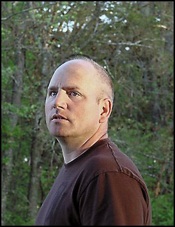 Every Sunday, the Connell family in Lake City gathers for dinner. This past Sunday, they gathered to mourn the passing of Sgt. 1st Class James David Connell Jr., 40, a platoon sergeant in the U.S. Army’s 10th Mountain Division who was killed Saturday during his second tour in Iraq. Family members said he was one of five killed when his patrol came under attack near Mahmudiyah, Iraq. Connell’s family learned of his death Saturday afternoon.

The Pentagon has not confirmed the identities of the four U.S. soldiers and one Iraqi interpreter who were killed during the attack. It happened at 4:44 a.m. Saturday, according to the American Forces Press Service. U.S. Army Maj. Gen. William B. Caldwell, Multinational Force Iraq spokesman, said three other soldiers in the patrol were missing. An al-Qaida front group claims to have taken the soldiers, according to The Associated Press. Mahmudiyah is about 20 miles south of Baghdad in an al-Qaida-dominated area known as the “triangle of death.”

When Connell was in East Tennessee on leave earlier this month, he visited Lake City Middle School and talked about the work and the military lifestyle, his children said Sunday. He spoke to his 12-year-old son Bryan’s class and 14-year-old daughter Courtney’s class.

Family members said Connell had just recovered from a shrapnel wound to his one of his legs when he came home for two weeks of leave. “He’s a hero,” Courtney said. She said that during her father’s leave, he took each of his three children out of school for one day to spend the day with them. He took his oldest son, 16-year-old Nick, horseback riding in the Smokies. He took Bryan to Knoxville Center and to a movie. Courtney wanted to go to West Town Mall. She wanted to get a pedicure and so did her father. They got them together, she said, her face brightening at the memory.

In the back bedroom of the Connell home, Connell’s father, James Sr., looked at pictures from his son’s most recent military leave on a flat-screen monitor. The pictures appeared one at a time, an electronic slide show from just one week ago when the family had celebrated Bryan’s birthday. In one picture, he stands on a trampoline with the younger children of the family. In another, he sits in uniform on the couch with his two sons.

Connell has three brothers and one sister, all present Sunday. He played little league in Lake City and graduated from Anderson County High School in 1984. He grew up in the house where the family was gathered Sunday. “He’s just a real good son,” said James Connell Sr. “Everybody loved him.”

The family plans a memorial service in Lake City at Hatmaker Funeral Home. No time or date has been set. Jeff Connell said his brother would be buried at Arlington National Cemetery in Arlington, Va. Sgt. 1st Class Connell is the 29th member of the military with East Tennessee ties to die in Iraq.
By Darren Dunlap, Knoxville News Sentinel, May 14, 2007. All Rights Reserved.

He is lovingly remembered by his stepdaughter, Ashley Meyer.