On 25 May 1945 Ensign Vincent JU. Calo, USNR, and crewmen, Robert J. Baird, ARM3cT, UNSR and James D. Christmas, Jr., AMM3cT, USNR, reported to the Torpedo squadron forty as replacements. On 31 May 1945 Ensign Vincent J. Calo´s plane was shot down over Miyako. Calo parachuted to safety and was rescued. Crewmen Christmas and Baird failed to get out of the plane and were declared killed in action. 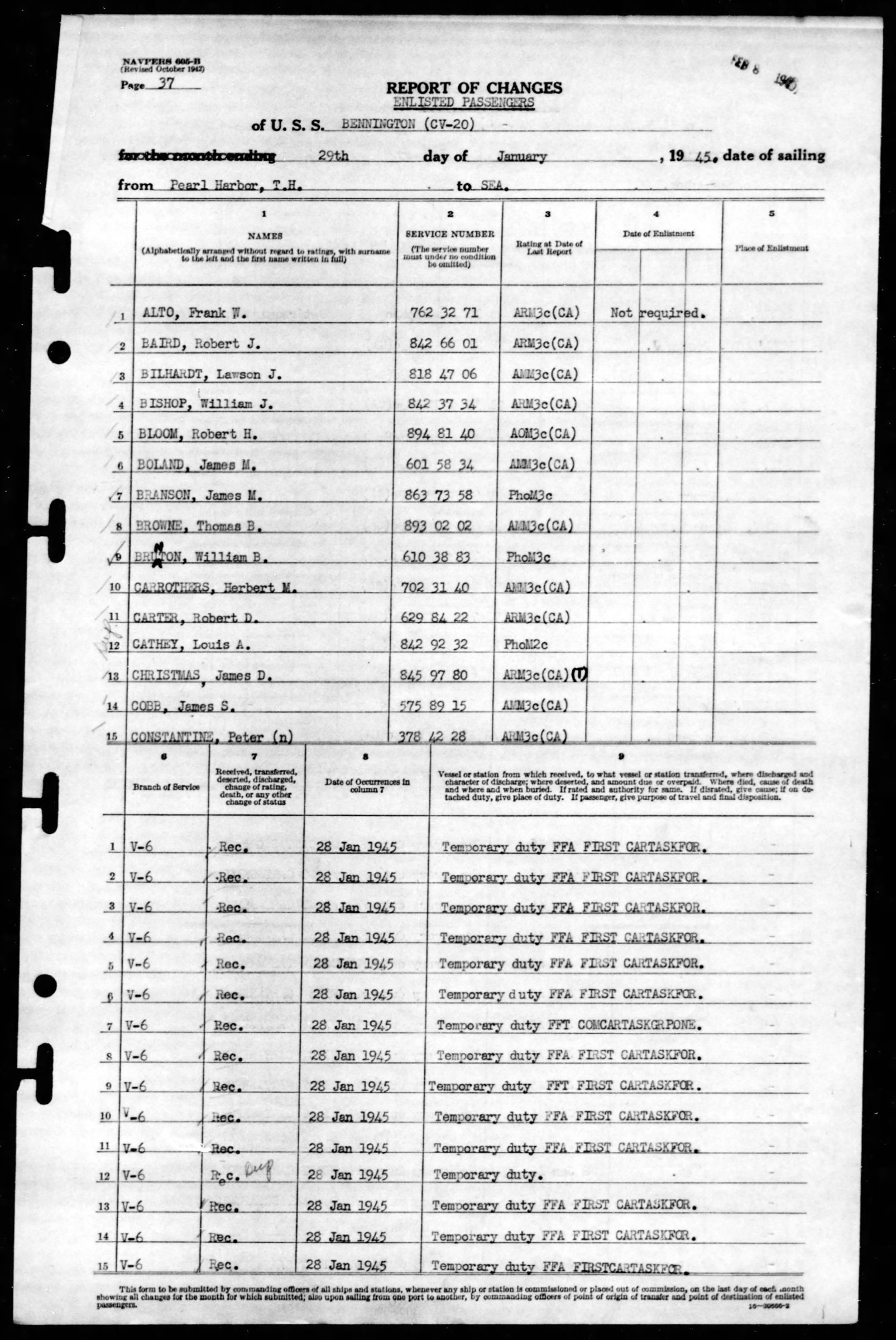 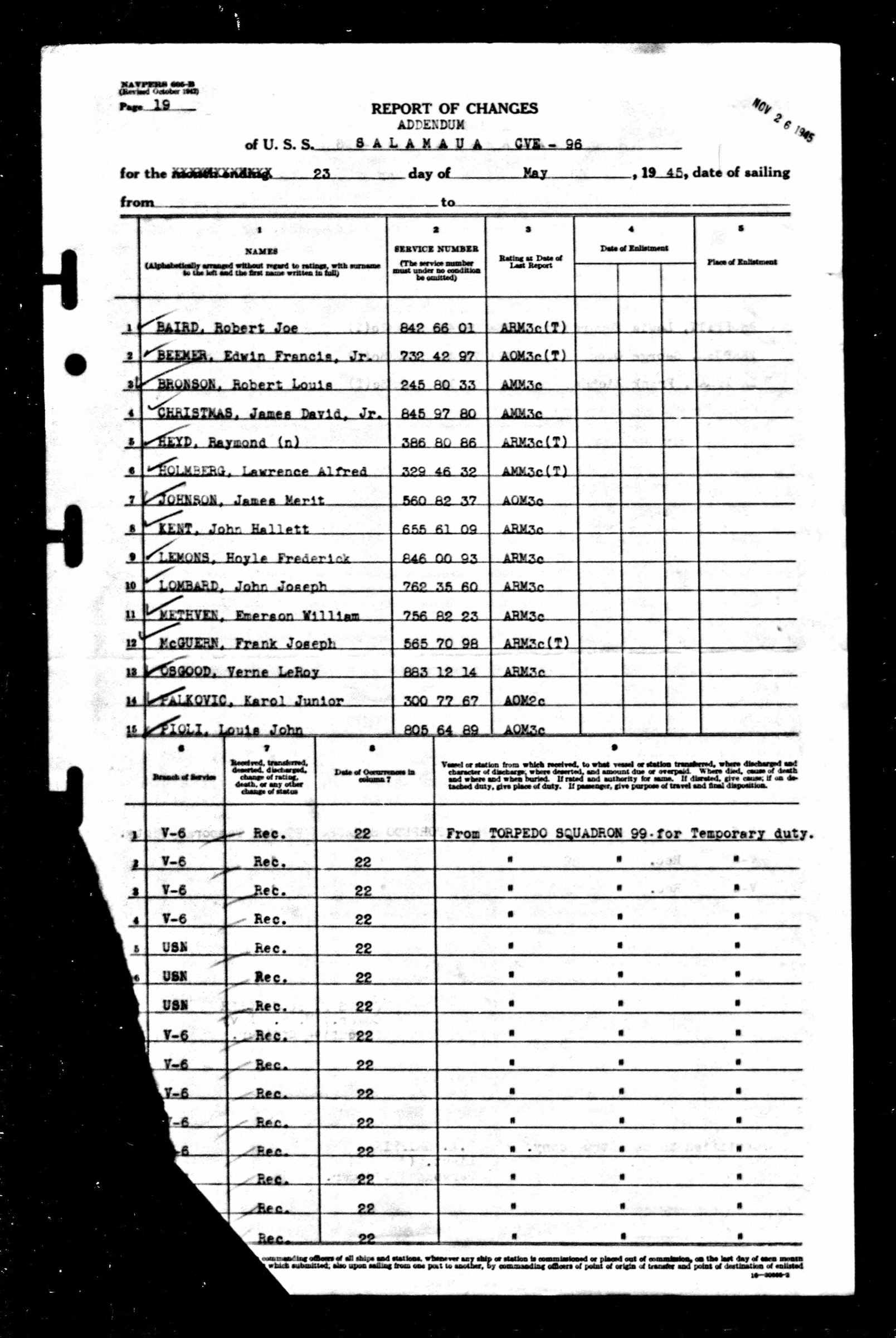 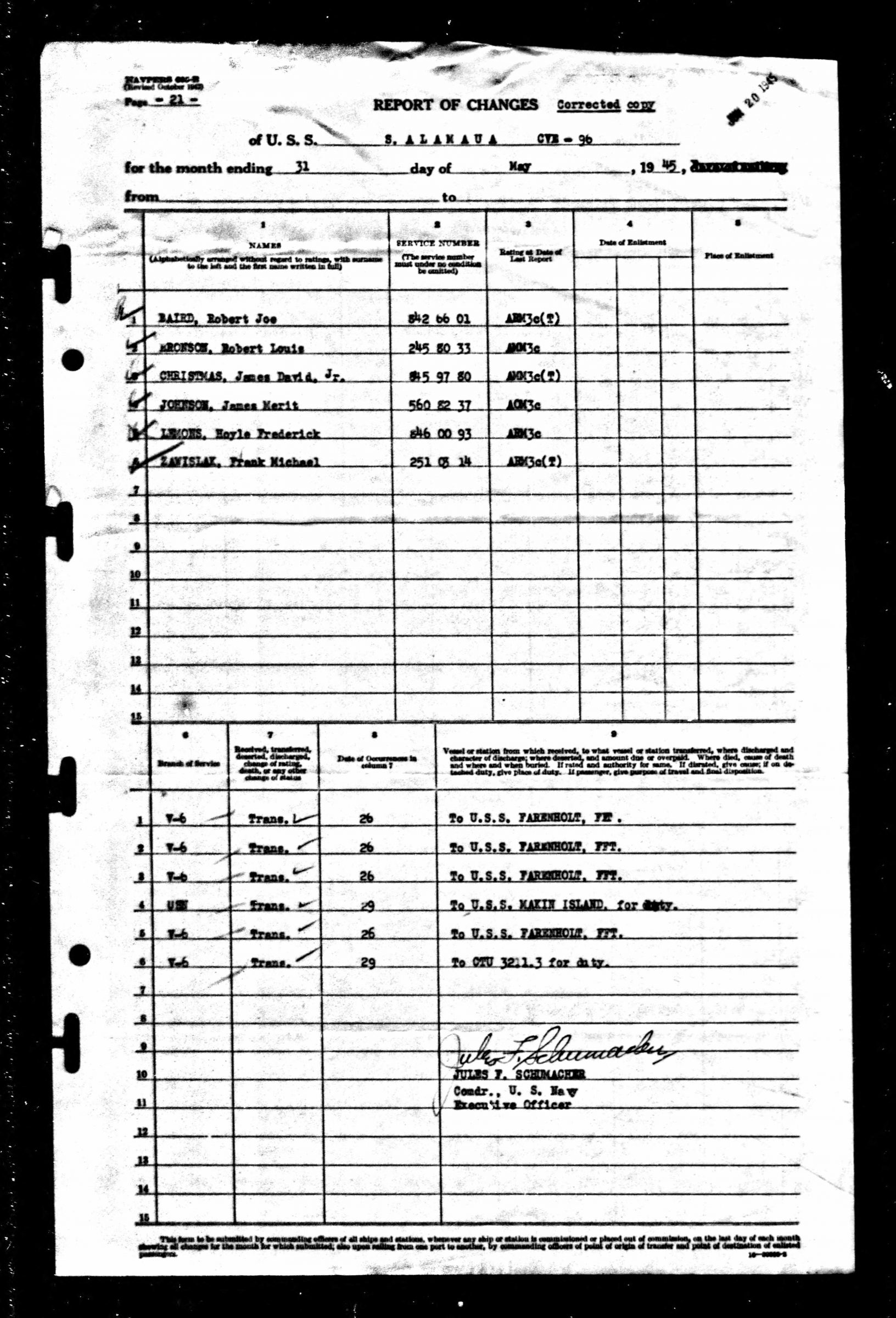 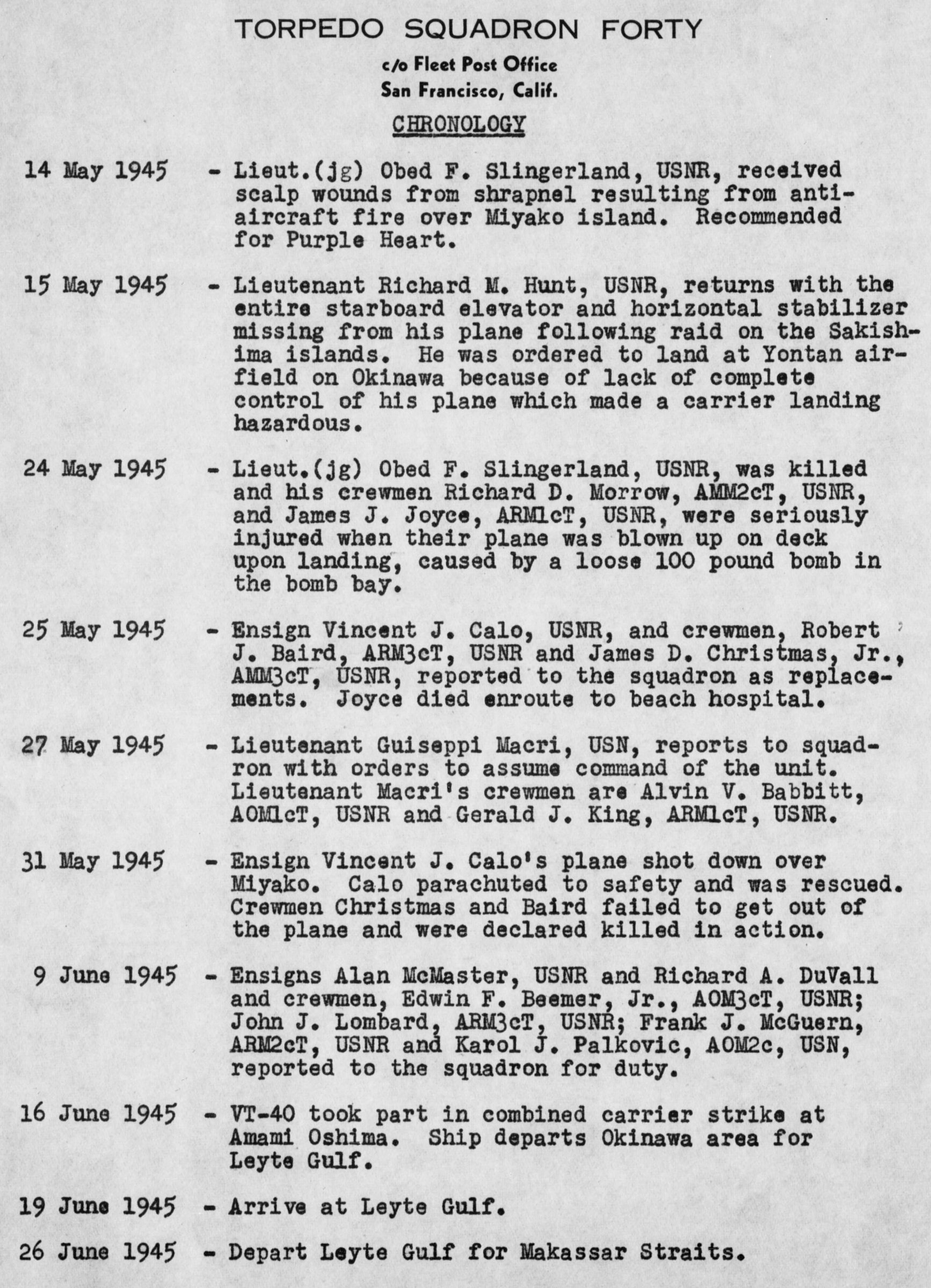 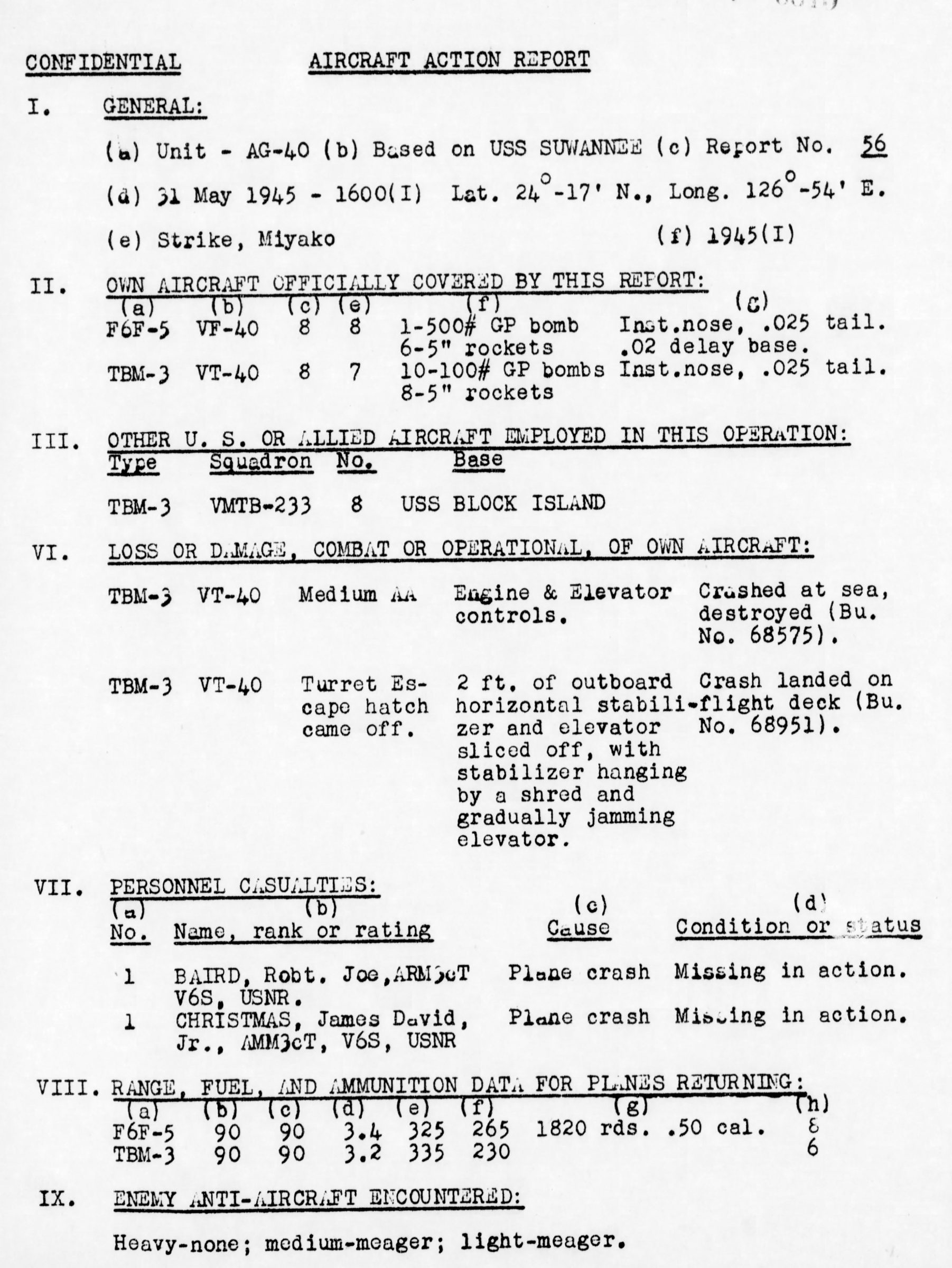