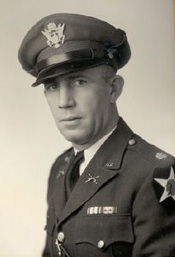 Colonel James Dallas Bender #O-008410 US Army, was at the time of his death Commanding Officer, 331st Infantry Regiment, 83rd Division. He died on 11 July 1944. He was traveling in a Jeep near Marchésieux, France when it was hit by a German 88mm shell. He is interred at A, 7, 37, Normandy American Cemetery, Colleville-sur-Mer, France.

Awards include Silver Star, WW I, and Purple Heart. He was from East Chattanooga, Tennessee

From the After Action Report: Dated July12, 1944 …..On July 11 0930 Col Bender was killed by a direct hit on his jeep by a German 88 Shell. The Regiment attacked at 0900 with the mission of seizing the town of Marchesiaux (sic) to the South with the 1st and 3rd Battalions in the attacking echelon–the 3rd on the right.

Five residence halls are named after people who made a difference at Tarleton. Bender Hall is named after Lt. Col. James D. Bender, a professor of Military Science from 1937 to 1942.

James D. Bender
Col. Bender was the Regimental Commander of the 331st Inf. Regt., 83rd Division, and was killed in action 11 July 1944 when the jeep he was traveling in was hit by a German 88 shell near Marchésieux, France. Bender was awarded his Silver Star during WWI. He is buried at Normandy American Cemetery, St-Laurent, France.

From the Purple Heart Collection

http://www.militaryhallofhonor.com/honoree-record.php?id=187966; the latter has all this:

“In World War I, James D. Bender served with the Army’s 6th Division in France and was awarded the Silver Star Medal. After the war he served in assignments in the Philippines, Hawaii, and the Panama Canal Zone. He also served with the 2nd Infantry Division at Fort Sam Houston, TX.

“After serving as Professor of Military Science and Tactics at a Tennessee college from 1936 to 1941, LTC Bender returned to active duty in May 1941. His assignments included serving as an instructor at the U.S. Army Infantry School at Fort Benning, GA, and activating the 387th Infantry Regiment at Camp Swift, TX. After his promotion to Colonel, Bender and his troops were shipped to Normandy, France, on 6 June 1943.

“On 9 July 1944, U.S. Army Colonel James D. Bender assumed command of the 331st Infantry Regiment, 83rd Infantry Division, in France, after the previous regimental commander was killed by a sniper on 4 July 1944.

“Two days after taking command, on 11 July COL Bender was killed in action when the jeep in which he was traveling sustained a direct hit by a German 88MM shell near Marchésieux, France. 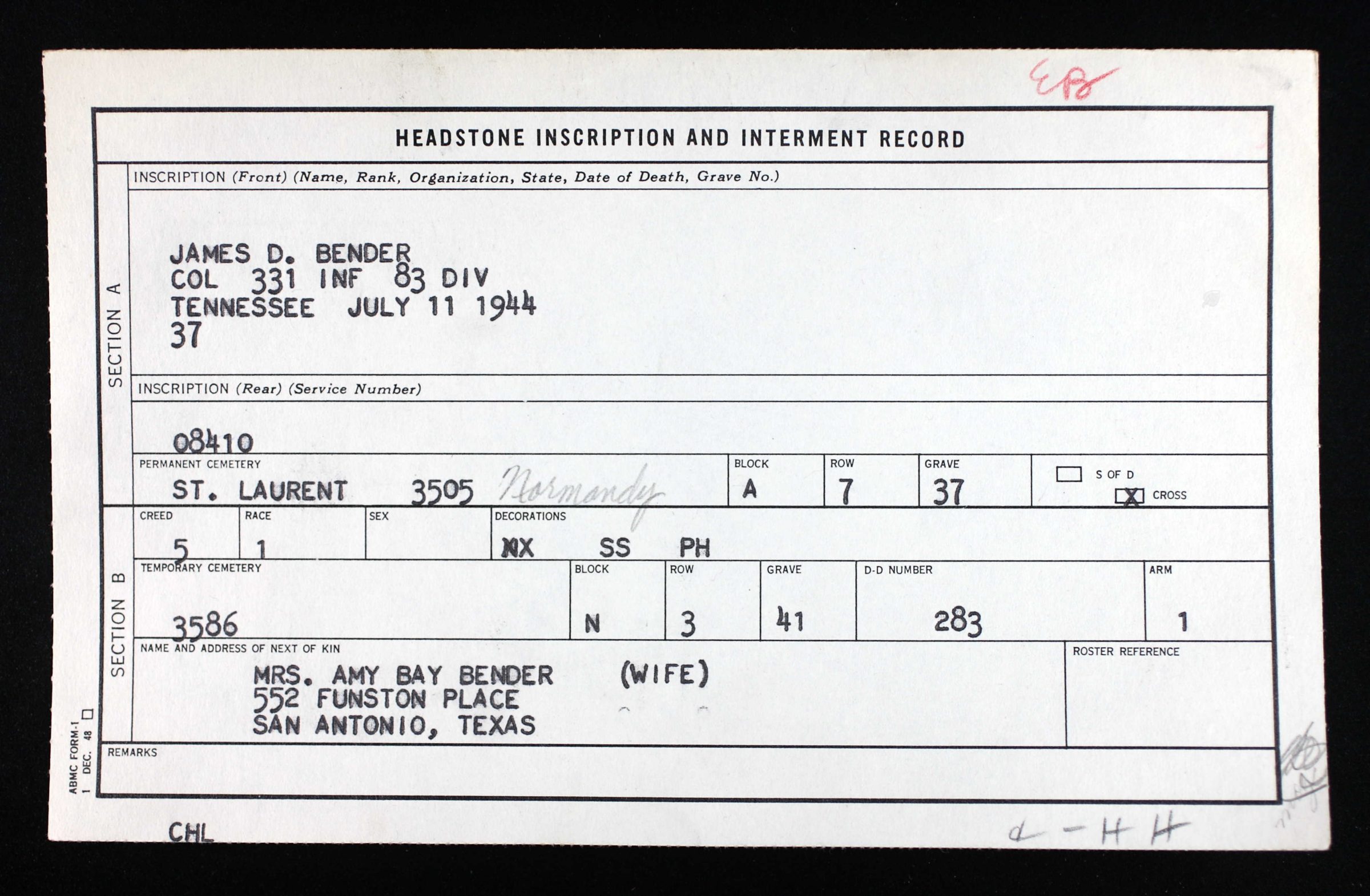