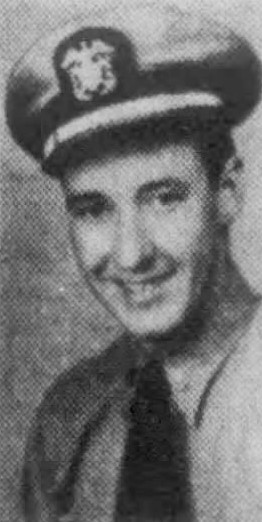 The Knoxville Journal, March 25, 1944
Lt (jg) J.C. (Jake) Parker, Jr., former Univeristy of Tennessee student, is missing in action, the Navy Department informed his parents, Mr. and Mrs. James Curtis Parker Sr., 285 McCalla Avenue, last night. Lt. Parker, a member of the Phi Sigma Kappa while at U-T, has been in service since February, 1942, and has been in the Pacific area for 16 months. He is missing in plane flight while in the performance of duty, the Navy Department said. 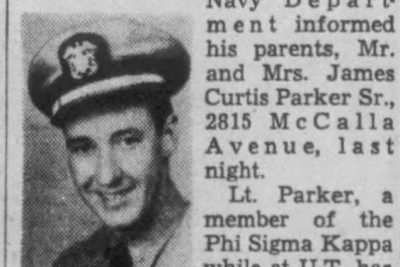