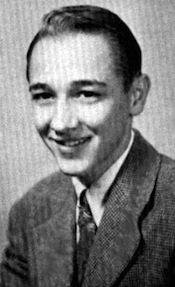 James Clifford Newman Jr.
Aviation Machinist’s Mate (Reciprocating), First Class Newman was livign in Knoxville, TN when he entered the service and was a member of Patrol Squadron 26, at U Tapao Airbase, Thailand.

On February 6, 1968, he was a crew member of a Lockeed Orion Patrol Bomber (P-3B) over South Vietnam when contact was lost. His remains were never recovered.