James C. Hull was the pilot of aircraft P-47D-2RE with serial number 42-8006. He was on a ramrod mission and shot down by fighters in the vicinity of Antwerpen.

Statement from 2nd Lt Harold H. Macurdy:
On December 1, 1943 returning from an Operational mission over enemy territory, A Flight, lead by Major Myers was separated from the group during an engagement. We started home in a wide V Formation flying above a layer of high thin stratus clouds. Major Myers, flight leader, reported six contrails above at 5 o’clock so we went down through a hole in the clouds and flew along beneath the cloud. Lt Hull was flying on my left wing at approximately 300 yards. The last time I saw him was when we encountered a heavy cloud formation and he disappeared. I continued to climb at full throttle to 20,000 feet on instruments until icing conditions became so severe I could not maintain climbin speed. I put the nose down and dove to 2,500 feet where I was out of the clouds SE of Antwerp. I continued home on the deck encountering severe rain storms all the way.

Lt Hull was found dead on the place of the crash. He was initially buried on 12/3/1943 at the cemetery for enemy soldiers Antwerpen – Deurne in Belgium.

The Knoxville Journal, February 1, 1944
First Lt. James C. Hull, pilot of a P-47, was killed in action over Belgium, Dec. 1, the War Department has reported to his mother, Mrs. Ruth S. Hull. The family was advised Lieutenant Hull was missing, Dec. 8, and word he was killed was received Sunday. They only other survivor is a sister, Mrs. Gordon Brown, also of 2730 Magnolia Avenue. Lieutenant Hull, who was 25, was graduated from Knoxville High School. He enlisted in May, 1941, and received his wings at Marietta, Ga., in January 1943. He had been awarded the Air Medal.

The Knoxville News-Sentinel, April 18, 1944
Three times in the past fine months, Mrs. Ruth Hull, 2730 Magnolia Avenue, has heard varying  reports of her son, Lt. James C. Hull. Now, she says, she’s “just holding her breath.”On December 9, Mrs. Hull received word from the War Department that Lt. Hull was missing in action after the air raid of Dec. 1 over enemy territory. Then, on March 1, she received word that he had been killed in action. Last week came the good news: He is a prisoner of ward held by the Nazis. “I had letters from the squadron he was with in England and they tol dus that his name had been published in a resent issue of the soldiers’ newspaper, “The Stars and Stripes,” as a prisoner. They told me that they had gone wild with joy wehn they sa wit, because they thought he had been killed. They must have thought I already knew it, but that’s the first word that has come – and you can imagine we’re  all holding our breath!” said his mother. 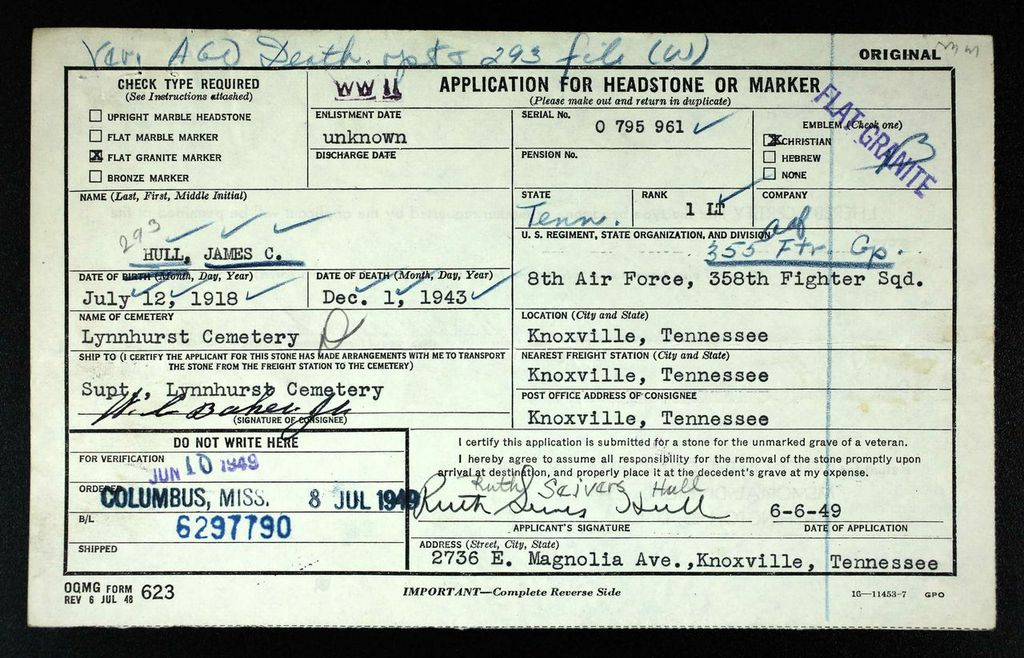 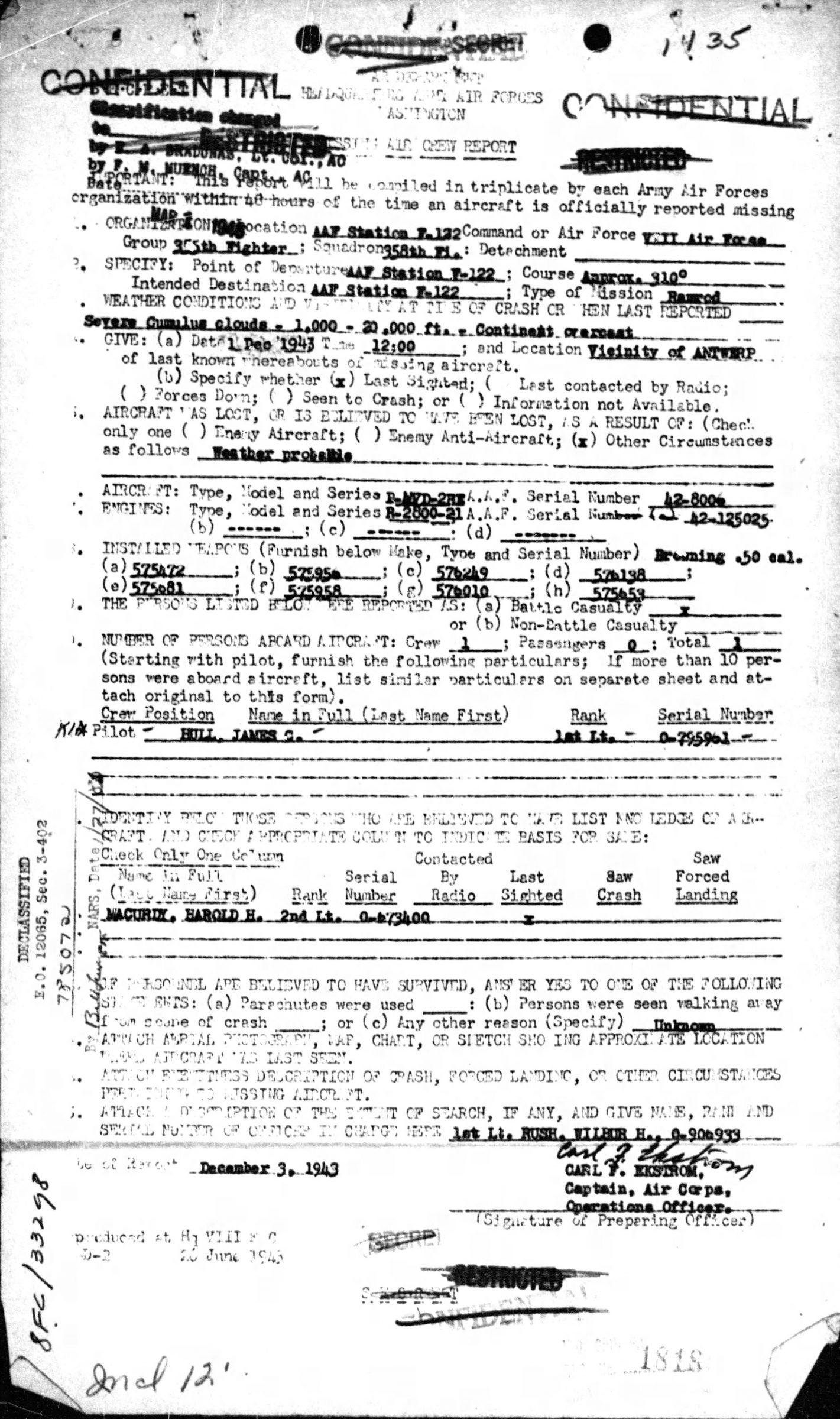 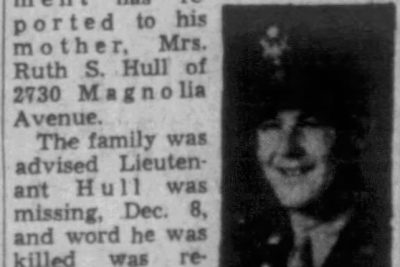 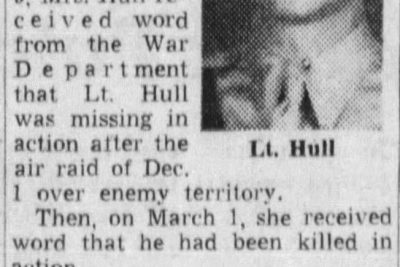