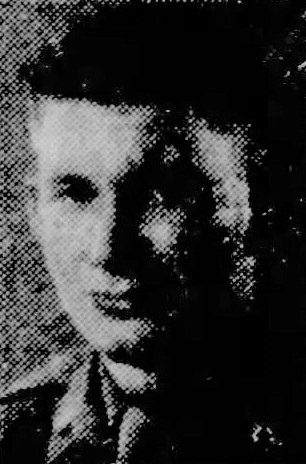 From the August 1, 1951, Knoxville Journal:
Funeral services for Private First Class James Clifford “Jimmie” Hibben, 19, former student at Park Junior High School, Knoxville, who was killed in action in Korea, will be held at 2 pm tomorrow in Cleveland, TN. The youth was the son of Duke Hibben of Cleveland, TN. He enlisted in the infantry in 1948 and was sent to Korea in 1950. He was killed September 19, 1950. He is survived by brothers, Paul of Knoxville and Robert of Oak Ridge, four sisters, Mrs. O.A. Yarnell, Jr., Inskip, Miss Sarah Hibben, Cleveland, TN, Mrs. Thomas Pierce, Chandler, AZ, and Mrs. Frank Laskowski, Cleveland, TN. Private First Class Hibben was a member of the 23rd Infantry Regiment, 2nd Infantry Division. He was killed in action while fighting the enemy in South Korea.

The Knoxville News-Sentinel, October 9, 1950
Pfc. James C. Hibben, 19, was killed in Korea on “an unknown date,” according to War Department information received by his parents, Mr. and Mrs. Duke Hibben, Cleveland, Tenn., and his sister, Mrs. O.A. Yarnell, 607 Henrietta Street, Inskip. Pfc. Hibben was born in Cleveland, but had lived in Knoxville the past six years. His mother was the late Mrs. Stella White Hibben, formerly of Knoxville, He had completed a two-year term in the Army in June and had Reee-enlisted. He last visited Knoxville in January. He landed at Pusan on Aug. 6.

He was buried at Hillcrest Cemetery in Cleveland, Tennessee. 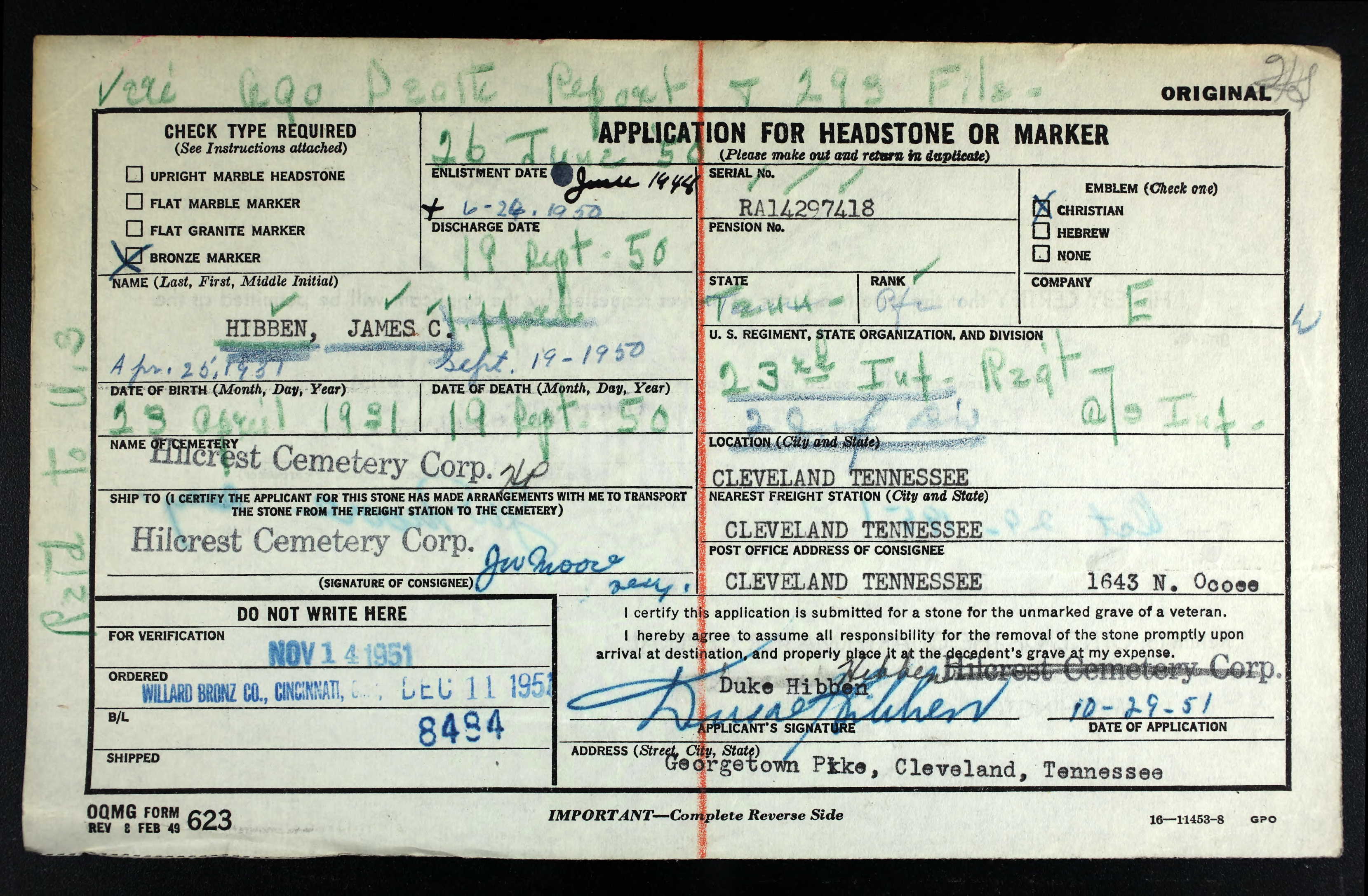 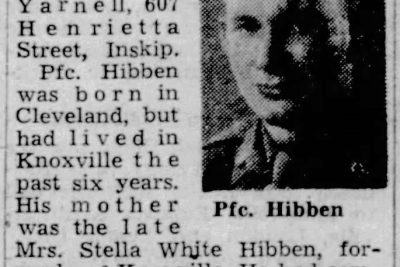