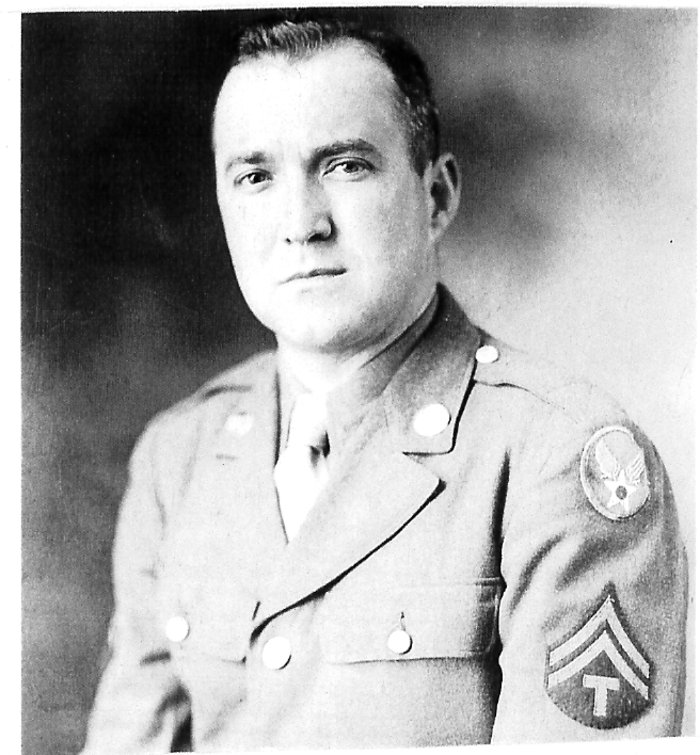 James Charles Gray was born in 1909, son of William Newton Gray and Alma Pearl Morgan. He was married to Emma Walker and they had two children, James and Mary Gray.

Technician 5th Class James Charles Gray #34504295, US Army Air Forces, was assigned to the 228th Medical Dispensary Aviation. This unit was attached to the ground element of the 831st Bomber Squadron, to provide medical care to the Squadron’s personnel.

The unit boarded the Liberty Ship SS Paul Hamilton at Hampton Roads, Virginia. The ship was loaded with bombs and high explosives along with 504 army personnel, 47 crewmen and 29 navy armed guards. The ship departed on the 2nd of April 1944 bound for Italy by way of Bizerte, Tunisia as part of Convoy UGS-38.

At sunset on the 20th of April in the Mediterranean Sea 30 miles off the Coast of Bengut, 23 Junker 88 German bombers from IIIKG 26 and IIIKG 77 attacked the convoy. One of the Ju-88 attacked the Hamilton coming in low. Gunners on the British tanker Athelchie hit it and set it on fire. But it was too late, it dropped its torpedo within 150 feet and struck the ship. The resulting explosion set off the load of munitions in the Paul Hamilton and a fire ball erupted 1000 feet into the air. Within 30 seconds the ship sank, with loss of all personnel on board. Only one body was recovered.

Along with the Hamilton two other ships were sunk and two damaged.
Tech 5 Gray is remembered on the Tablets of the Missing, North African American Cemetery, Carthage, Tunisia and at Arlington National Cemetery in Virginia.