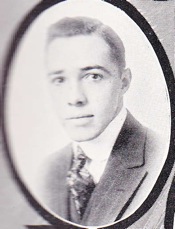 James Cowan Andes was commissioned a Second Lieutenant at the first Plattsburg Training Camp and assigned to Company H, 16th Regiment, First Division. He sailed to France in February 1918. Was engaged with his company in the battles of Cantigny, Chateau Thierry, and Soissons. Killed in latter battle on July 19, 1918, leading his platoon in the face of heavy machine gun fire. He was awarded the Distinguished Service Cross posthumously.

Distinguished Service Cross citation:
“The President of the United States of America, authorized by Act of Congress, July 9, 1918, takes pride in presenting the Distinguished Service Cross Posthumously to Second Lieutenant Infantry James Cowan Andes, United States Army, for extraordinary heroism in action while serving with 16th Infantry Regiment, 1st Division, A.E.F., near Soissons, France, 19 July 1918. Second Lieutenant Andes fearlessly led his platoon in the face of heavy machine-gun fire to a cave in which several hundred Germans had taken shelter. Rather than subject any of his men to extreme danger, he entered the cave alone and demanded the surrender of the enemy and was killed as a result of this heroic act.”

George and his wife Mary had just two more sons, George S. Andes, Jr., and Hugh W. Andes. The family lived in Knoxville, Tennessee, where George was a hosiery manufacturer. At some time between 1900 and 1912, the family moved to New York State, where they lived in the New York City area.

In June 1917, when James registered with the draft, his home address was on Ogden Avenue in New York City, but he was living in Plattsburgh, New York. He stated that he was a candidate at Plattsburg T. C. working for the United States. He described himself as of medium height and build with brown eyes and dark brown hair.

James’s name is included on the gravestone of his parents, George Statten Andes and Mary Cowan Andes, in Old Gray Cemetery, Knoxville, Knox County, Tennessee. There is also a memorial plaque for him on Governors Island, New York.

The body of Lt. James Cowan Andes was never recovered. His name is one of the 1060 listed on the chapel wall at Aisne-Marne American Cemetery and Memorial under the heading THE NAMES RECORDED ON THESE WALLS ARE THOSE OF AMERICAN SOLDIERS WHO FOUGHT IN THIS REGION AND WHO SLEEP IN UNKNOWN GRAVES. 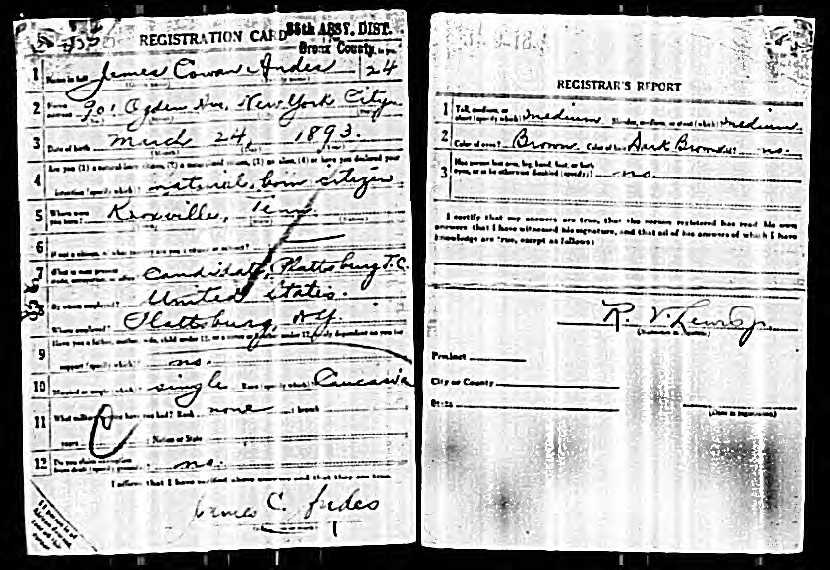 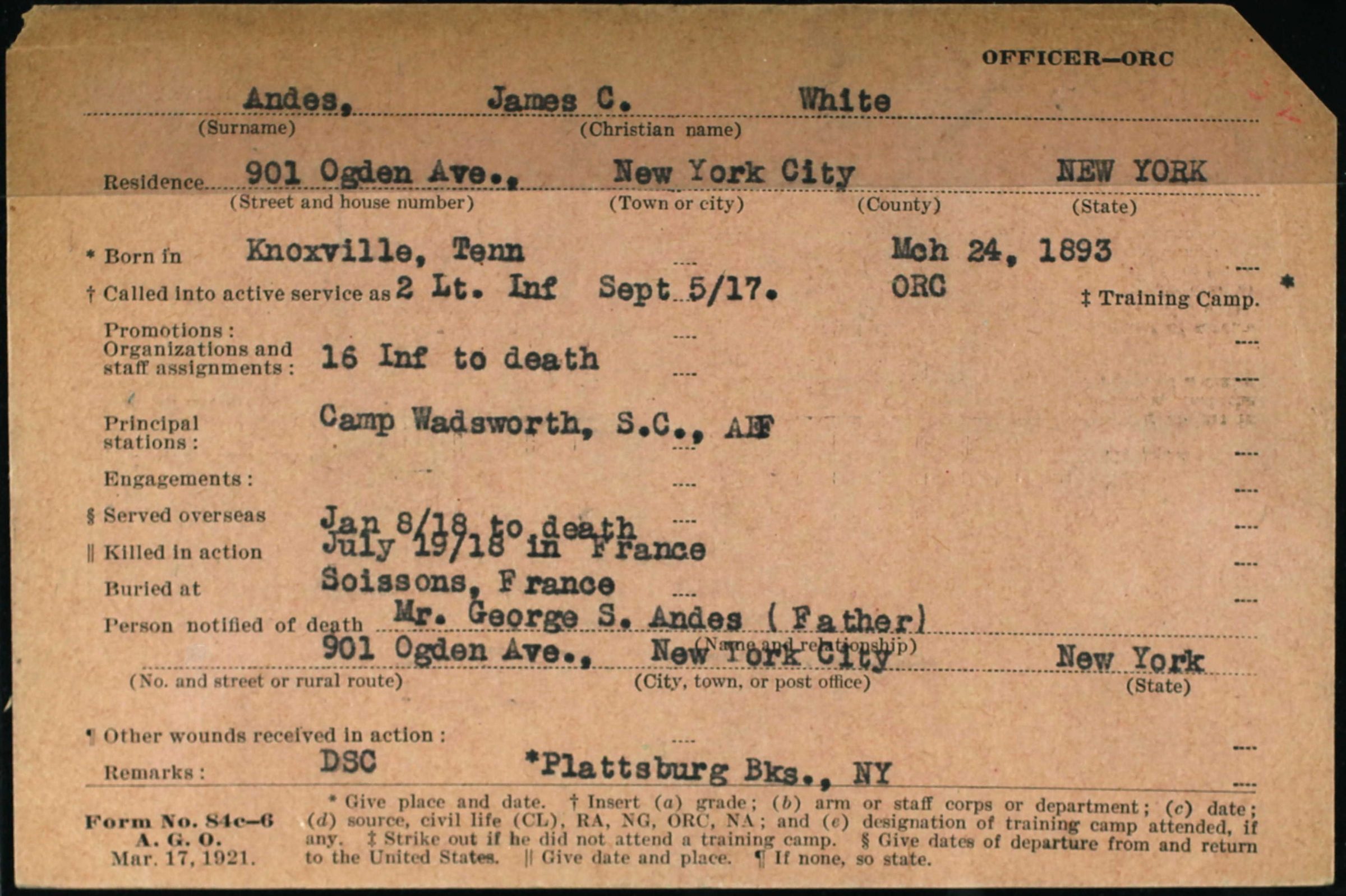 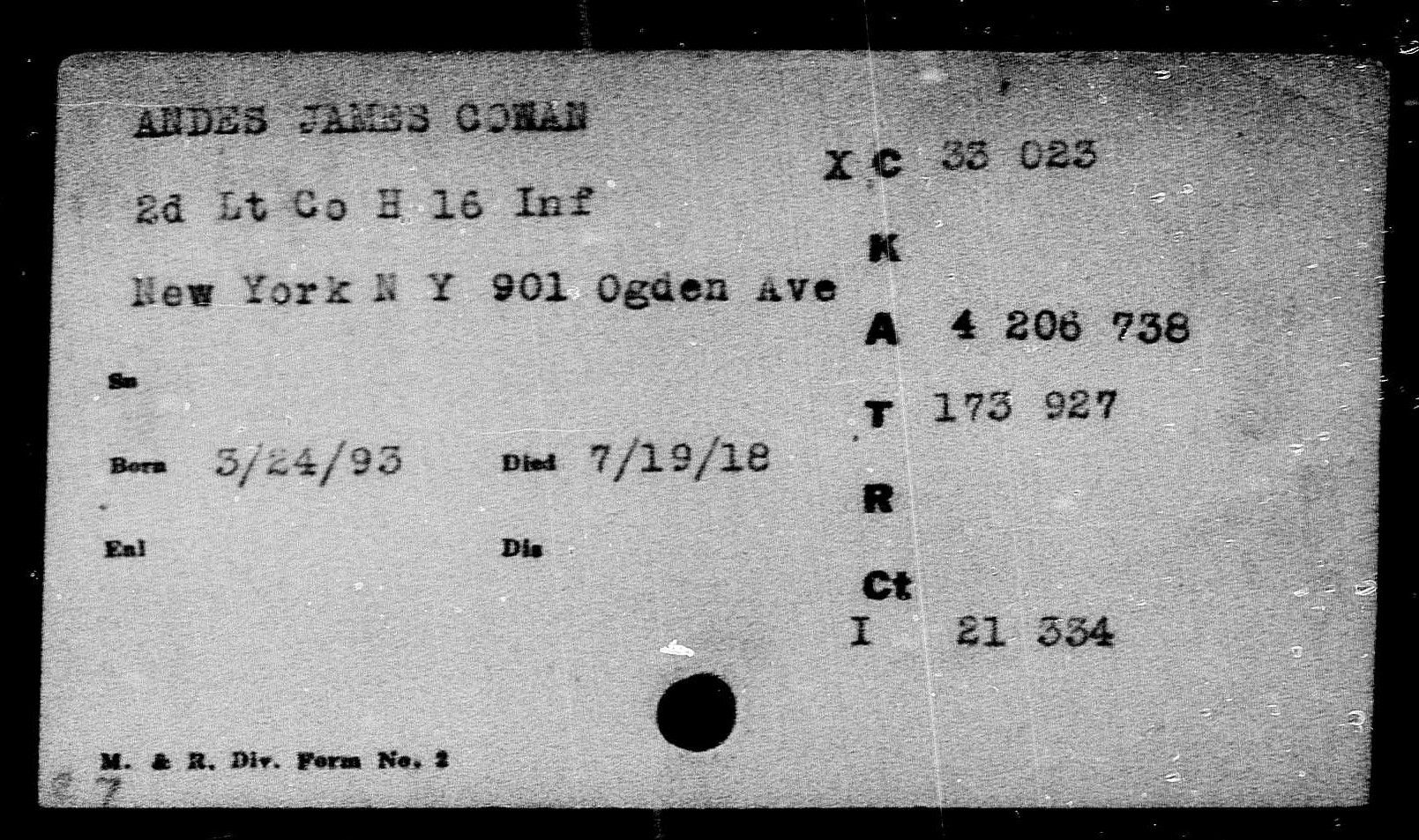 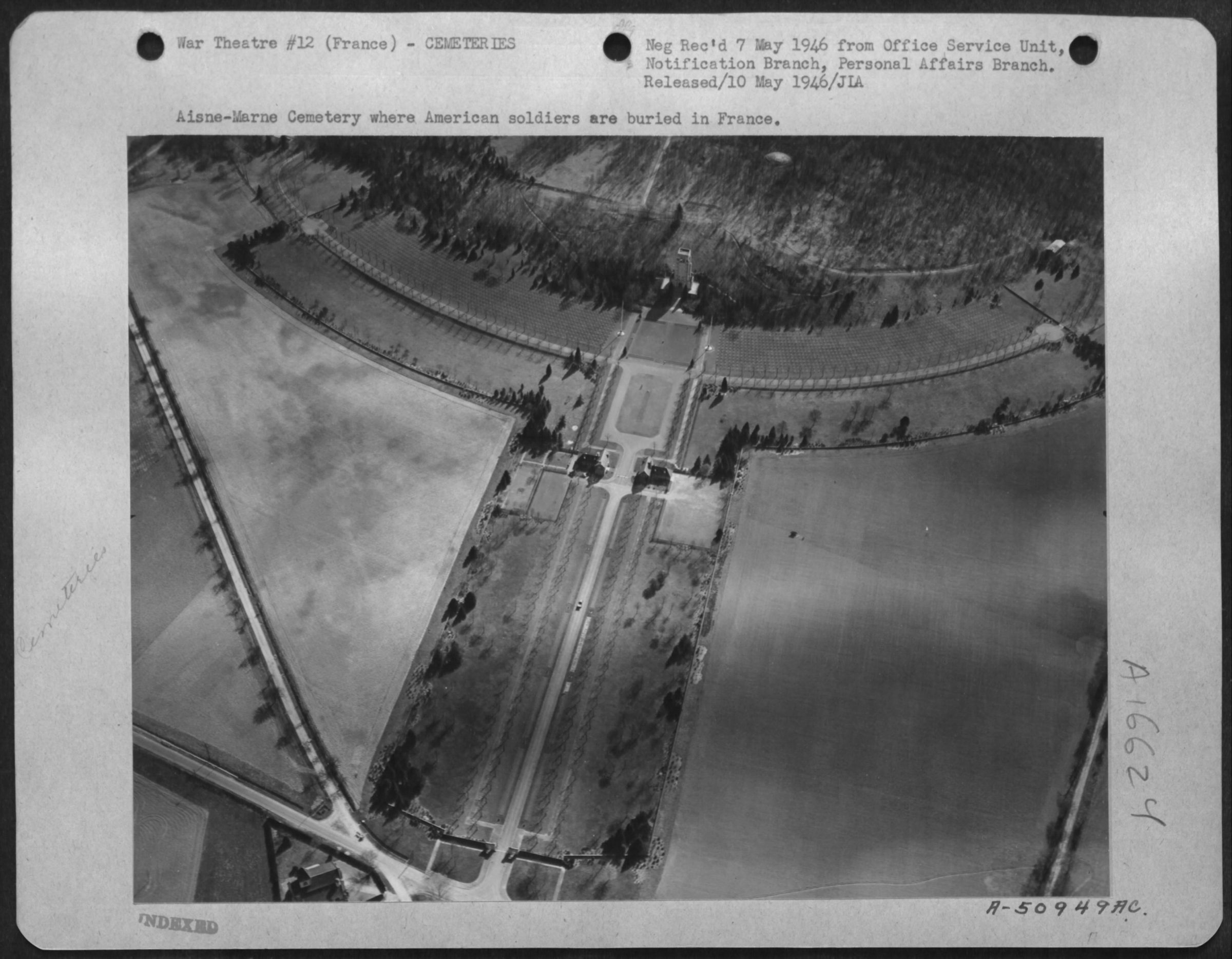