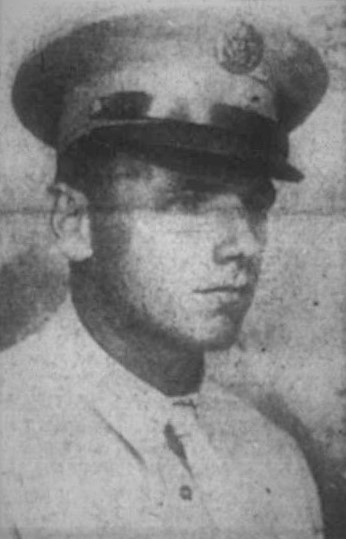 Rogersville Review, May 27, 1943
Pvt. James B. Smith is now stationed at Pope Field, N.C. He is a recent graduate of the famous guard school at Miami Beach, Fla Before going into the service he was employed by the Blue Ridge Glass Co. Of Kingsport. His wife, Mrs. Cecile Smith, rescently visited her husband in North Carolina

Rogersville Review, June 7, 1945
Last week, Mrs. Cecile Forgety Smith, Rogersville, Rt. 3, received a telegram saying her husband, Pfc. J. Basil Smith, had been killed on May 1, 1945 in Austria. Pfc. Smith had served in the states for two years before going overeseas. During his fourth month of overseas duty he served in England, France, Germany and later was sent to Austria.
Before entering service, Pfc. Smith was employed by the Blue Ridge Glass Co. Of Kingsport. His mother, Mrs. C.C. Smith lives on Rogersville, route three. 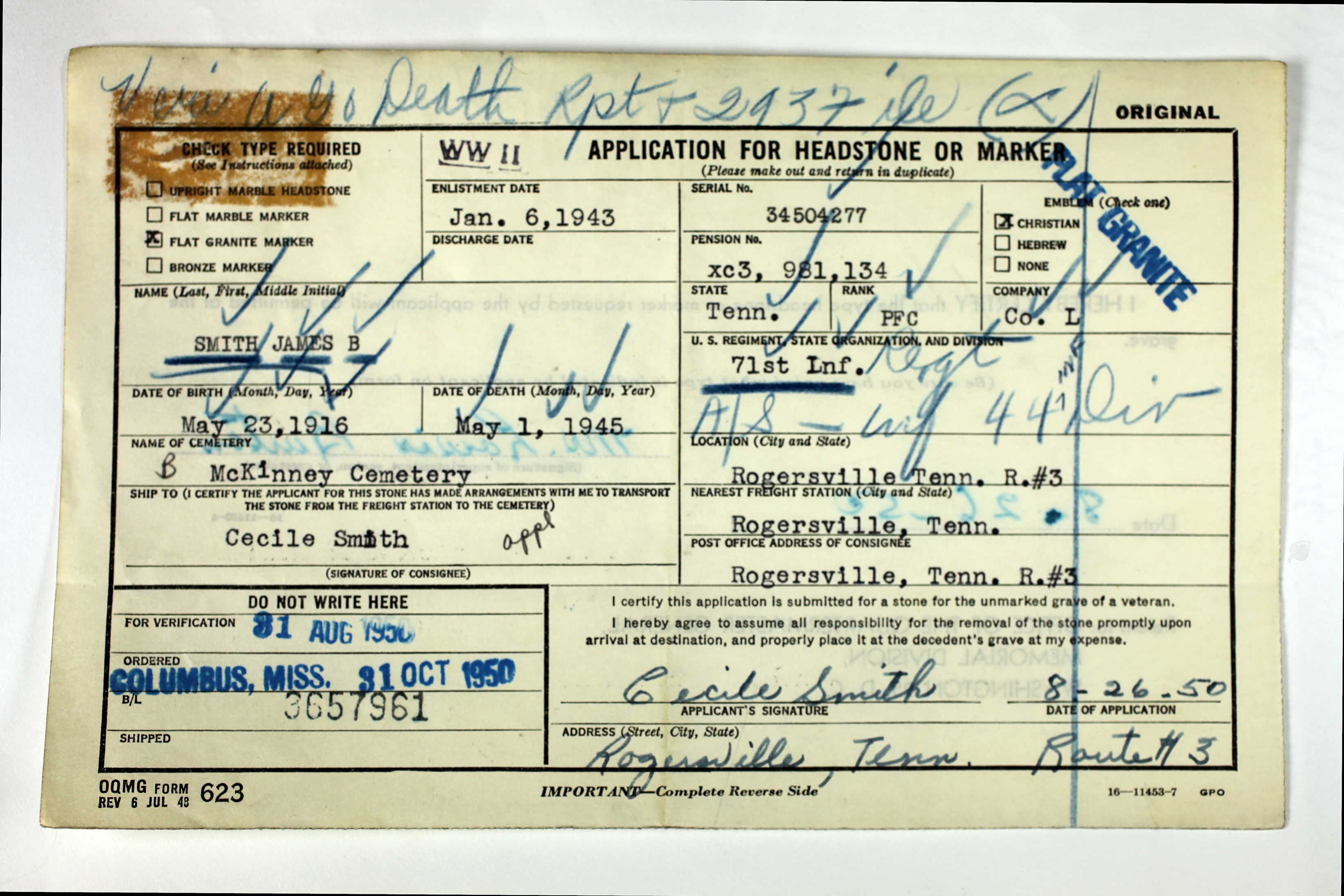