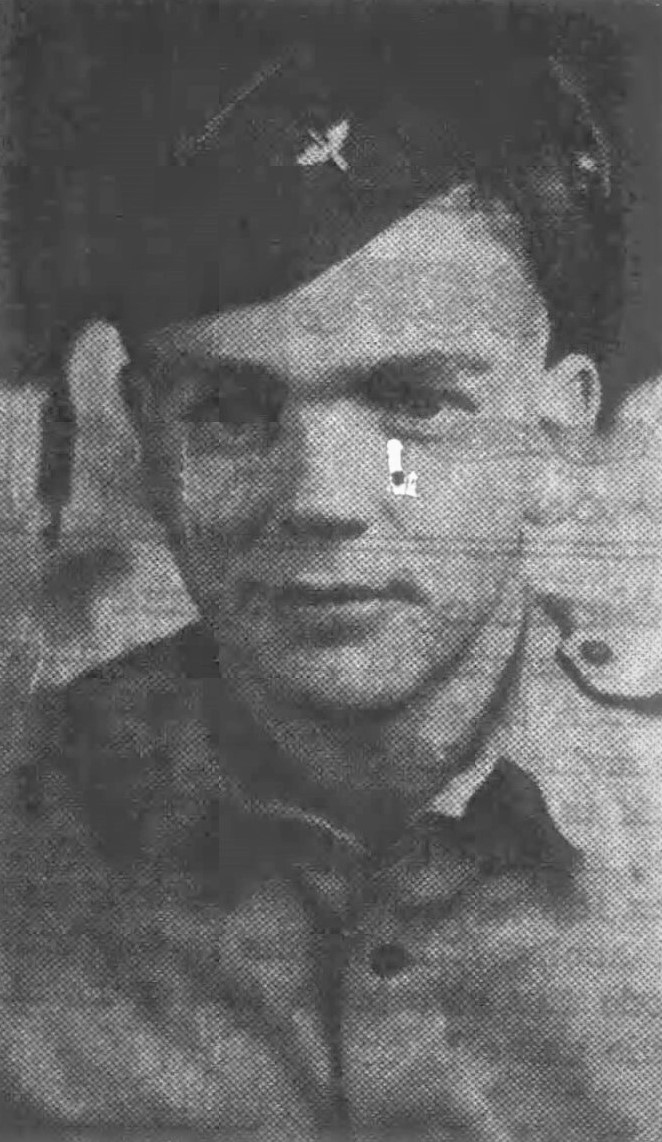 Eleven men were killed at about three p.m. Sunday afternoon, January 17 in a crash of a B-24 bomber ten miles north and east of the Alamogordo Army Airbase. The following is a list of the victims as released by the authorities at the airbase:

First Lt. Wray C. Zelt of Public Relations Dept., Alamogordo Airbase, stated that the bomber was on a routine training flight. A board of officers has been appointed to investigate the cause of the accident.

The Chattanooga Daily Times, 19 January 1943
Lieut. James Bell (Jimmy) Milligan, 19, youngest son of Dana Milligan and the late Mrs. Florence Chapman Milligan of Chattanooga, was killed in the crash of an army plane at Alamogordo, N.M. members of his family were informed yesterday. Lieut. Milligan had received his wings and commission in the United States army air forces only two weeks ago yesterday and had been assigned to the New Mexico field for training as a bomber pilot. No details of the crash were contained in the telegraphic notification from Col. Louie P. Turner, commanding officer at the field. Young Milligan graduated at Chattanooga High School with the class of 1941 and enlisted at Maxwell Field last May. His father is in Paris, Tenn., doing Government contract work. He is surived by his parents, Dana and Mrs. Helen Milligan; two brothers, Dana Milligan Jr., Edwin (Buddy) Milligan, both of whom are in the United States marine corps foreign service; sister, Miss Leslie Milligan; grandfather, J.B. Milligan; tree uncles, Con G. Milligan, w.V. (Wink) Milligan and Sherod Milligan, all of Chattanooga. 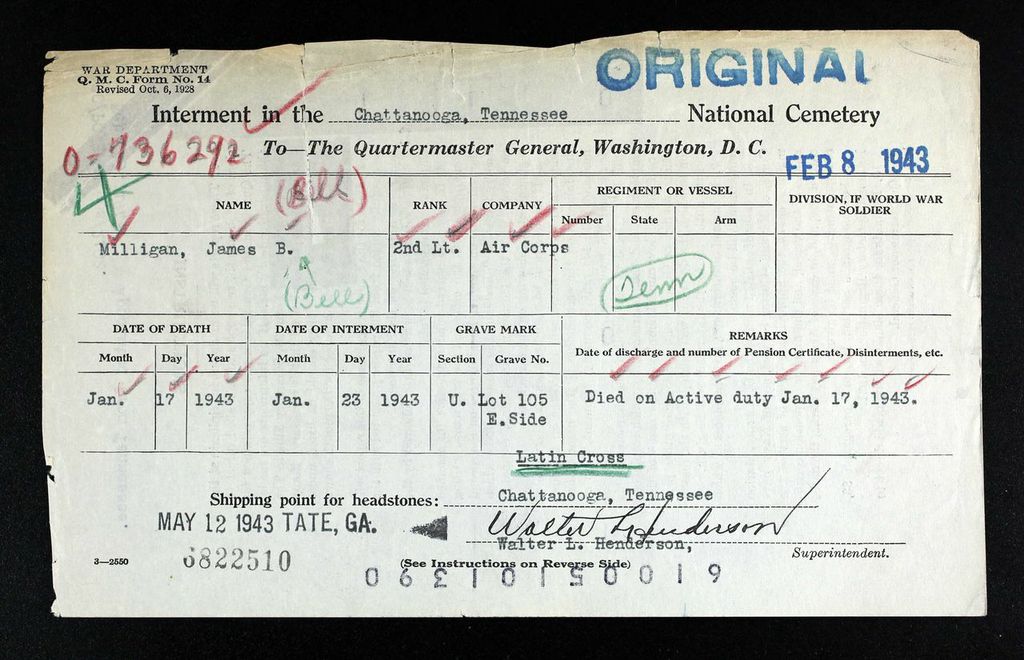 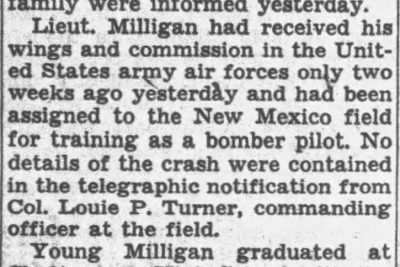 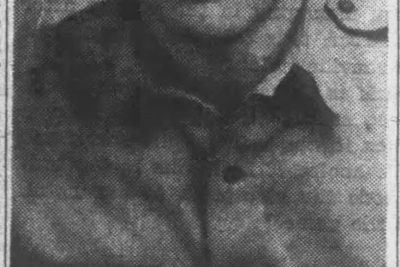