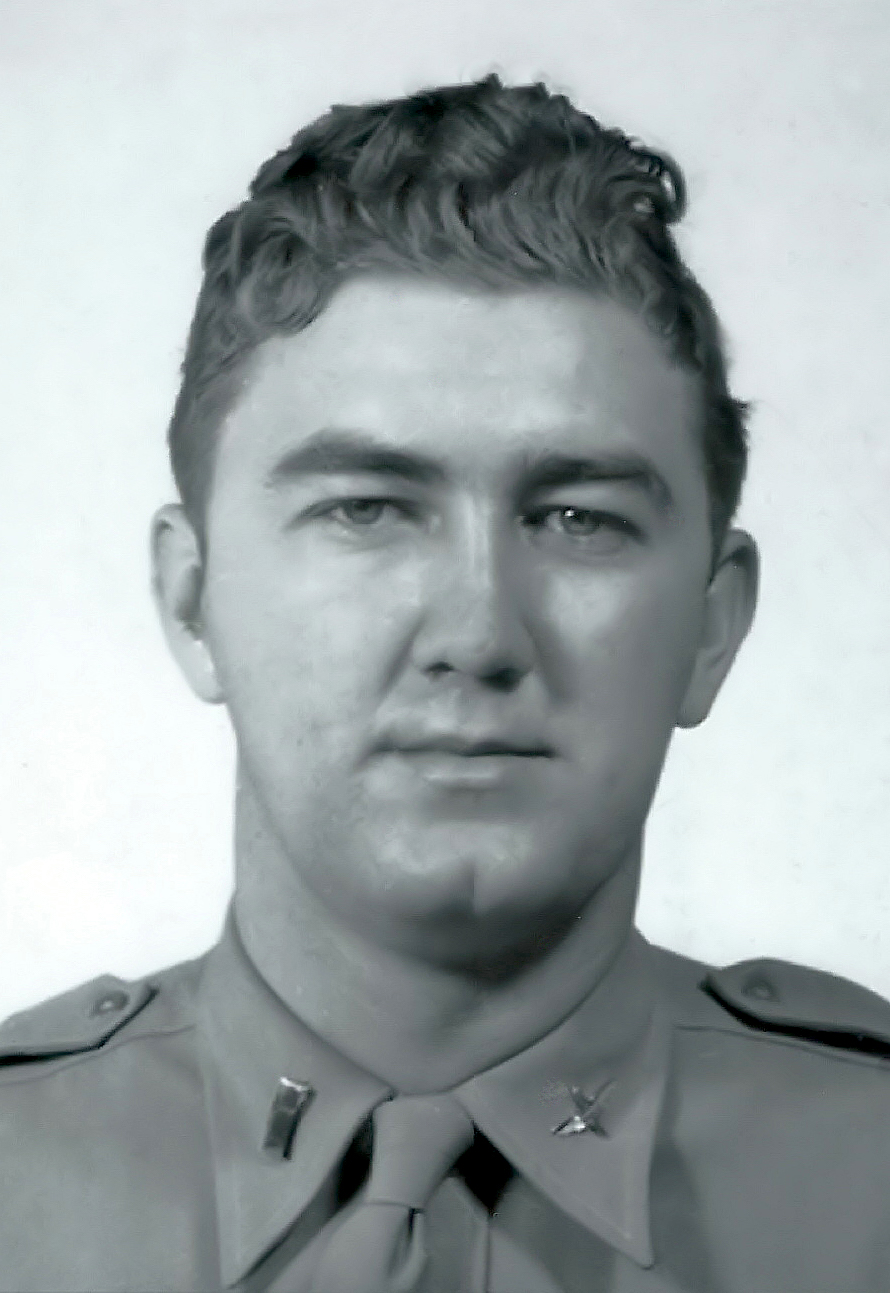 JB was born on 10 August 1921 in Bluff City, Sullivan County, Tennessee and moved with his family first to Boones Creek and then to Johnson City, Washington County, Tennessee. He graduated Science Hill High School, Class of 1939. JB was an active member of the Commercial, Hunting and Fishing Clubs and he also completed two years as a Junior Reserve Officer Training Corps Cadet. JB attended the State Teachers College (now East Tennessee State University) in Johnson City for his Freshman year 1939-40. While at the State Teachers College, JB learned to fly as a member of the Civilian Pilot Training Program conducted by the school at the Regional Airport. After that he attended Milligan College in Milligan College, Carter County, Tennessee for his 1940-41 year.

JB enlisted in the United States Army Air Forces (USAAF) on 23 May 1942 at Knoxville, Tennessee as a Private. He then applied for service as an Aviation Cadet and after successfully completing a battery of tests was accepted. JB’s next stop was the Army Air Forces Classification Center at the Nashville Army Air Center in Nashville, Tennessee where he was further tested for his potential of becoming an aviator. He passed all the tests with flying colors.

Now, Aviation Cadet McKamey was dispatched to the San Antonio Aviation Cadet Center often referred to as “Kelly on the Hill” in San Antonio, Texas. When JB arrived, there were more then 10,000 cadets awaiting their final evaluation as to their position of training; Pilot, Navigator or a Bombardier. Of these only 400 would be selected to start training in a special experimental flying course. Due to the lack of pilot instructors, this brand new experimental course would turn out a fully qualified pilot and instructor in just over 90 days (13 weeks) verses the normal nine months of pre-flight, primary, basic and advanced flight schools. JB met the strict requirements and excelled in all the tests. He was selected to be one of the 400 and this group was nicknamed “Hap Arnold’s Guinea Pigs” for the Chief of the Army Air Forces: General H.H. “Hap” Arnold.

On 9 September 1942, JB and the other 399 cadets were driven over to the Army Air Forces Gulf Coast Training Center on Randolph Field at Schertz, Texas to begin a flying program that had never been attempted before or after this class. JB was assigned to “B” Flight, 734th Basic Training Flying Squadron. This was one of two Flying Squadrons that would make up Class 42-X. “X” meaning Experimental. This was to be a very grueling course since all the flying hours required for the nine month courses were required for this course, so days of the week and times for training had little meaning at the beginning for the Guinea Pigs. Days started out before 0800 (8am) and lasted until 2200 (10pm) and then came the homework. Confinement to the field and discipline was tough, but the course was a real success. 55% of the starting class (235 cadets) completed the course verses the typical 35-37% of the combined nine month courses. Also, unlike other classes the fatality rate was remarkably low.

13 December 1942 rolled around and JB received his new shiny gold bars of a Second Lieutenant and his bright silver wings of a pilot. Also, with these came a set of orders as a flight instructor at Lubbock Field, Lubbock, Texas. After a short leave to come home for Christmas, JB started out the new year of 1943 assigned to the Second Training Group, 498th Two Engine Flying Training Squadron. As 1943 was coming to an end and more combat crews were rotating back to the United States after completing their required missions the pool of actual combat instructors increased. The non-combat instructors like JB were now allowed to fill their roles overseas.

JB and his crew completed their first combat flight on 6 March 1944. Their mission along with the 344th was to bomb a German Airfield at Bernay St. Martin, France. They continued attacking airfields, missile sites, marshalling yards, submarine shelters, coastal defenses and other targets in France, Belgium and Holland until the beginning of May. At this point their mission changed to help prepare for the Normandy invasion by striking vital bridges in France. On D-Day, 6 June 1944 the 344th was the lead group for the entire 9th Air Force attacking German coastal batteries at Cherbourg and along Utah Beach. This day JB and the crew flew in a Marauder named “Bad Penny”. As they passed over Utah Beach “Bad Penny” was hit by anti-aircraft fire (FLAK) at 0609 (6:09am).  JB pulled left out of the formation with his right engine and bombay on fire. He hit the bail-out alarm and three crew members left the rear of the ship. They were killed by German machine-gun fire as they floated down.  JB, the co-pilot and the bombardier stayed with Bad Penny as to get her back past the Allied flotilla, salvo the bombs and bail-out themselves, but she exploded around three and one-half minutes later falling into the English Channel near the coastline at Montebourg, France.  These three were never seen again, but the three that were shot by the Germans were later returned to their loved ones for burial.

JB was 22 years old and participated in two unit campaigns: Air Offensive, Europe and Normandy. He was awarded the Air Medal with three Oak Leaf clusters and a Purple Heart.  While being listed as Missing in Action, he was promoted to First Lieutenant.  JB along with John Keehley and Jess Scott are listed on the Tablets of the Missing, Normandy American Cemetery at Colleville-sur-Mer, France. JB also has memorial markers at Arlington National Cemetery, Arlington, Virginia and at Monte Vista Memorial Gardens, here in Johnson City. He’s also remembered on plaque W-23 at the National D-Day Memorial in Bedford, Virginia. 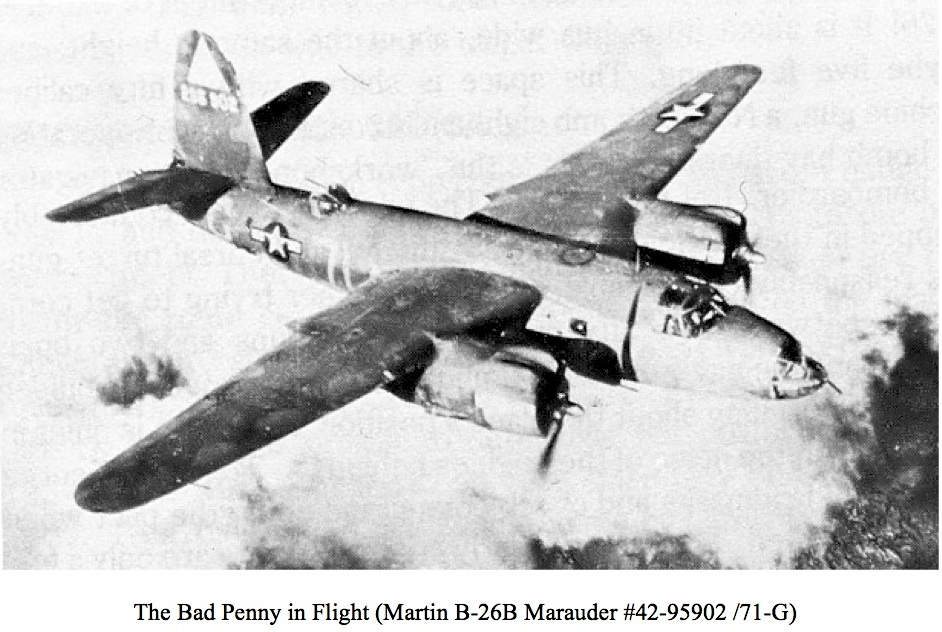 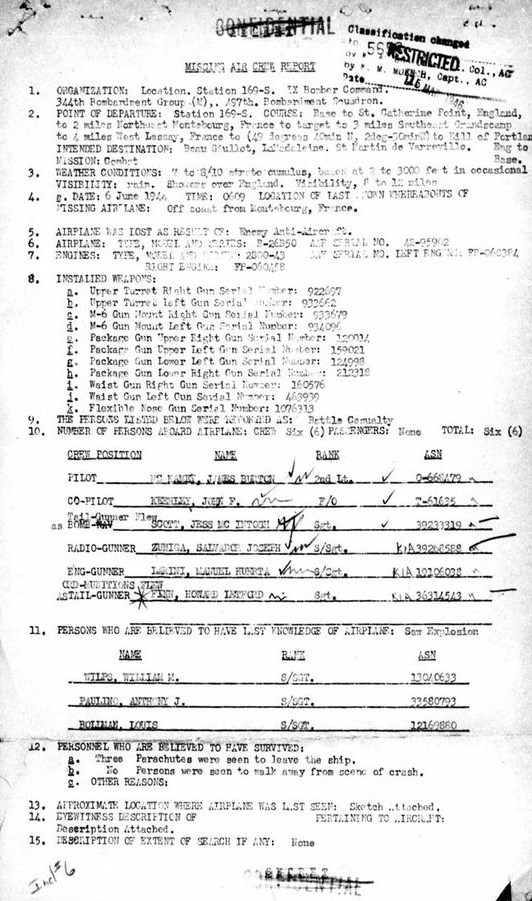 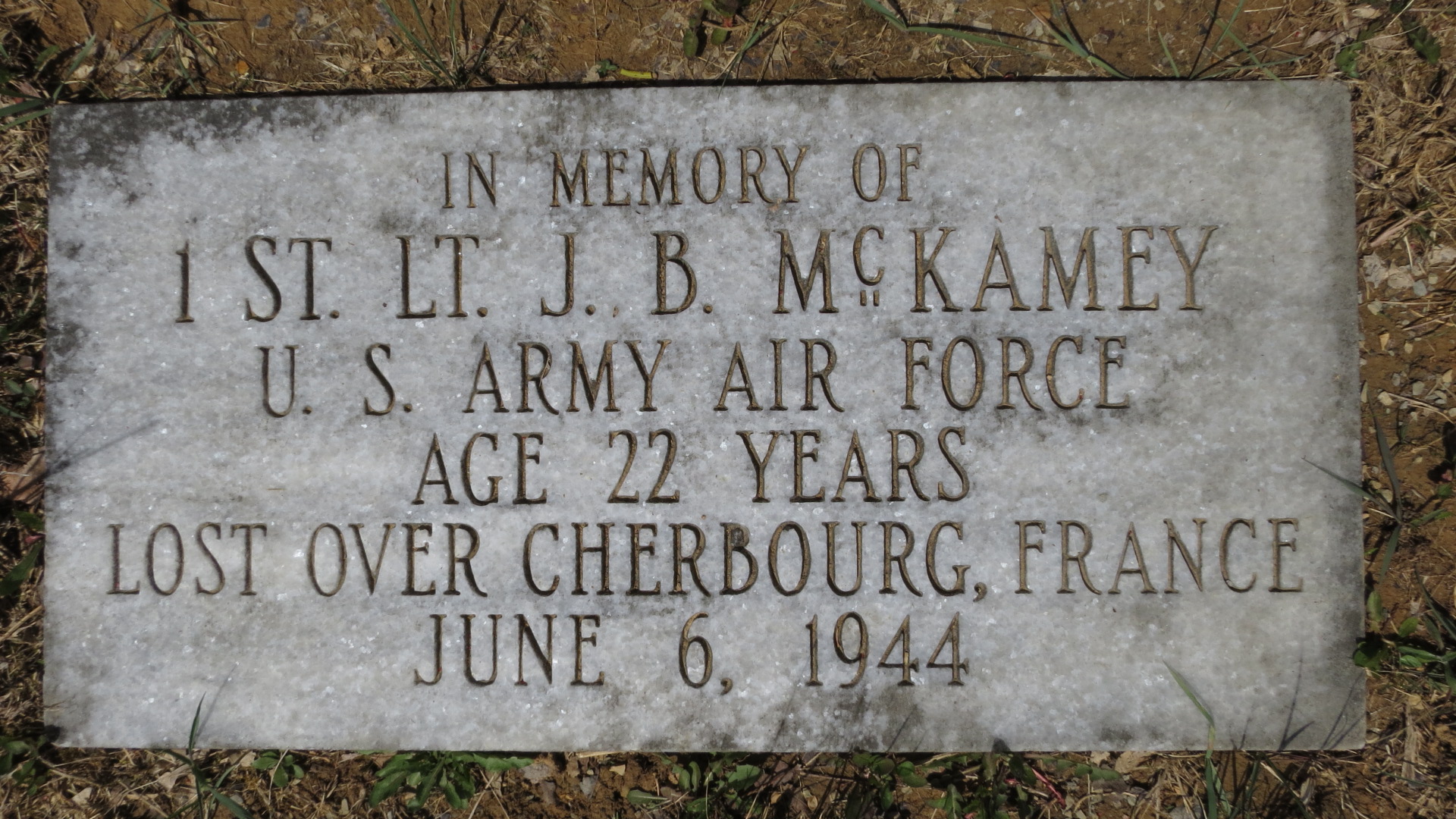 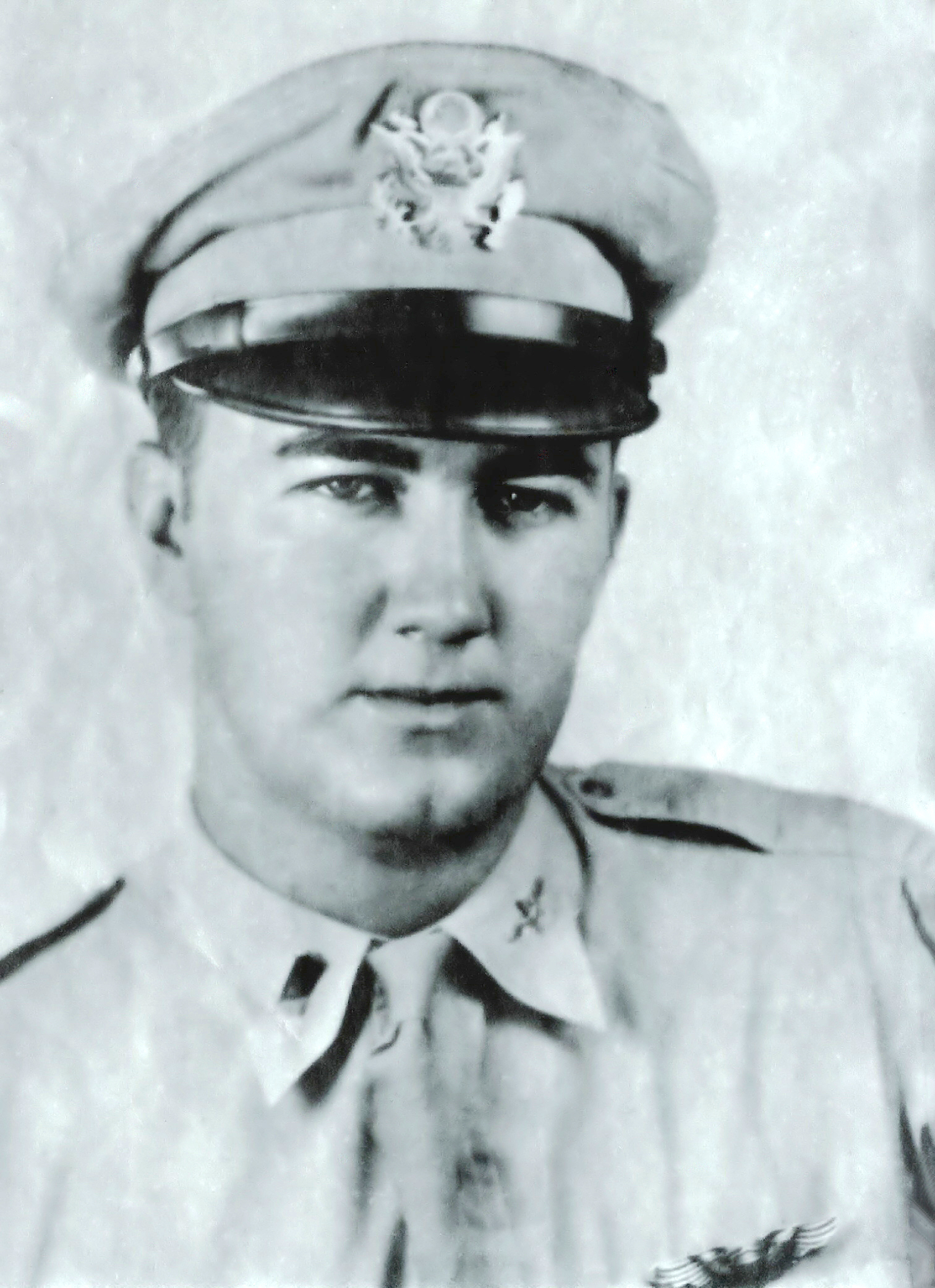