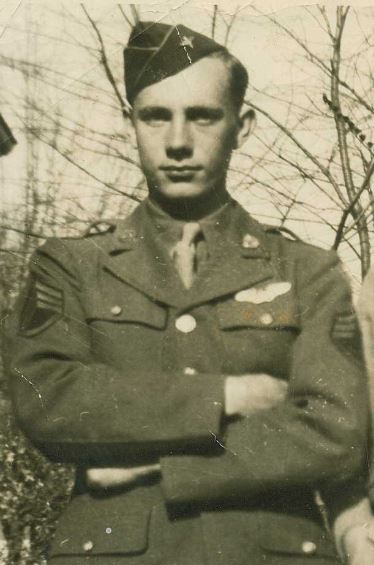 James A. “Jay” Woody was born 7 January 1924 to James Blaine Woody and Flona Lee Allen.
He served with the 447th Bomber Squadron, 321st Bomber Group and was killed in action 20 March 1943 in North Africa.

S/Sgt Woody served in the North African Campaign. He was the Top Turret Gunner on a  B-25 aircraft, nickname Alley Cat, which was hit by flak over the target. Pilot Lt John ‘Buster’ Burns bellied in at Bône, Tunisia, with over 200 holes in this ship.

The Knoxville Journal, April 25, 1943
Staff Sgt. Jay Woody, 19, has been killed in action in North Africa, according to a telegram received by his mother, Mrs. Frona Woody of Philadelphia. Sgt. Woody enlisted in the U.S. Army in Feb. 1942, and had been in Africa only 17 days. 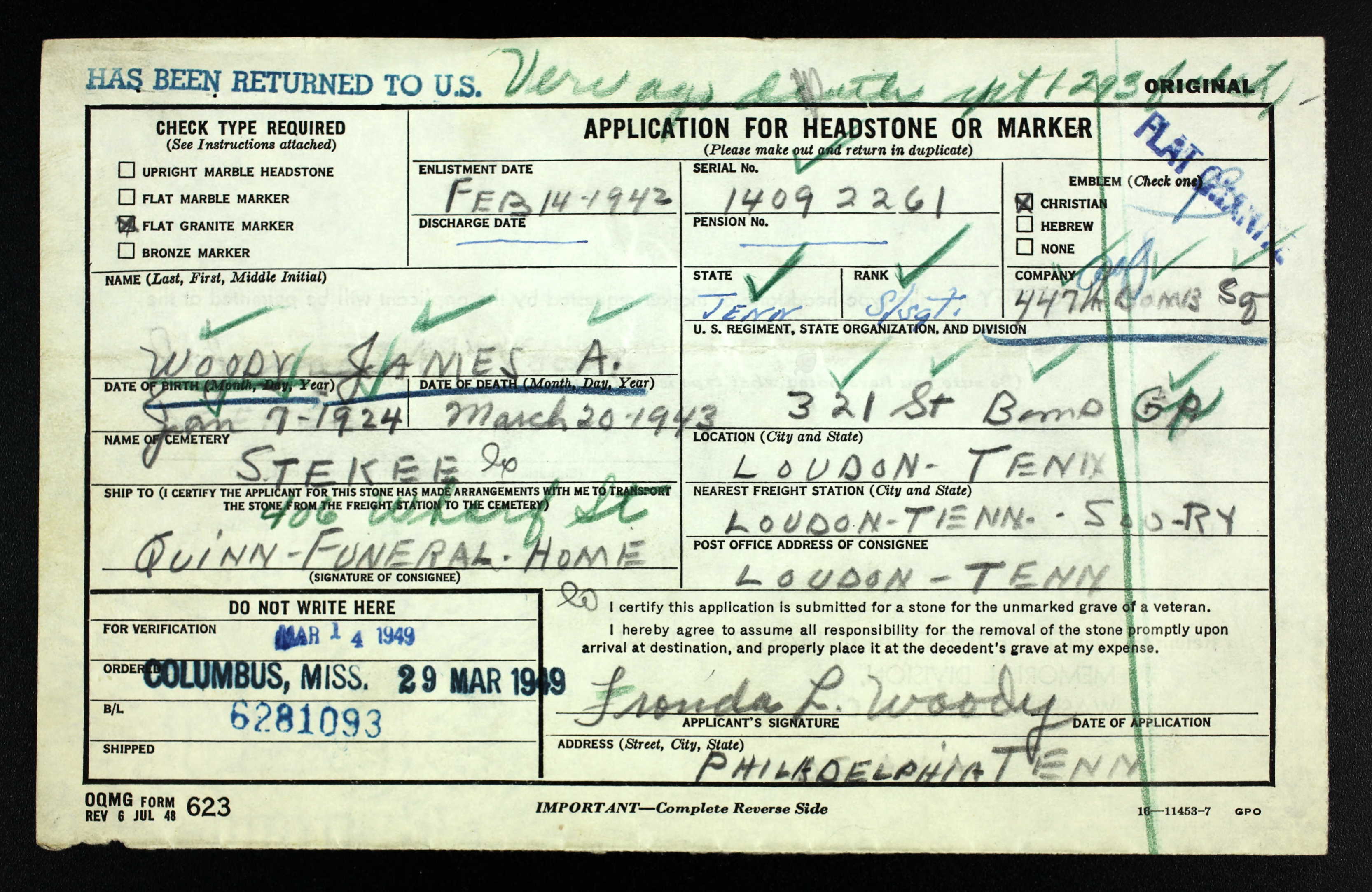 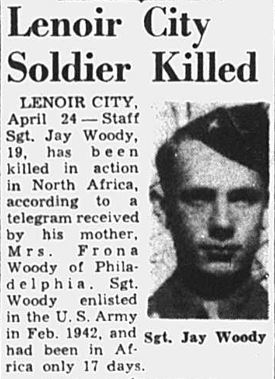 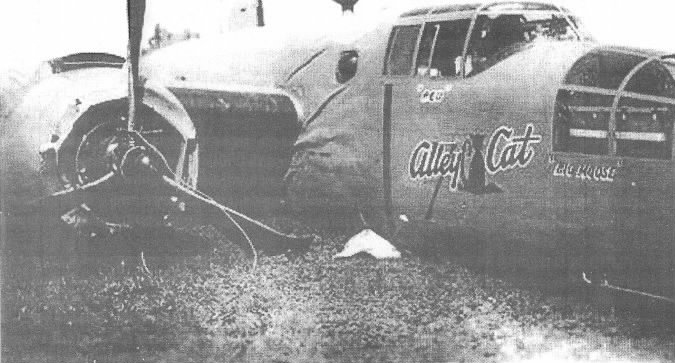