The Daily Post-Athenian, May 5, 1944
Etowah – Mr. and Mrs. John Tummins of Etowah, received a message Thursday afternoon telling them that their son, Sgt. James Arthur Tummins, 23, had been killed in an explosion Monday, May 1, at Camp Beale, Calif.
Sgt. Tummins was a ranger with the Infantry of the U.S. Army and had been in service twenty-three months. The news of his death came as a great shock to his parents. Sgt. Tummins, while home on furlough some time ago, expressed his great desire to go into foreign service soon, relatives stated.
Funeral services are to be held pending the arrival of the body from California. The family in Etowah received a Telephone call from the General at Camp Beale who informed them Sgt. Tummins was one of three enlisted men who were killed there Monday. The soldiers, it was reported, were rigging equipment for a “booby trap” class andit was believed the timing was wrong, causing the land mine explosion which killed the soldiers. Sgt. Tummmins was an instructor and the General said “we have lost one of the best men we have ever had.”  The body was shipped from California this morning. 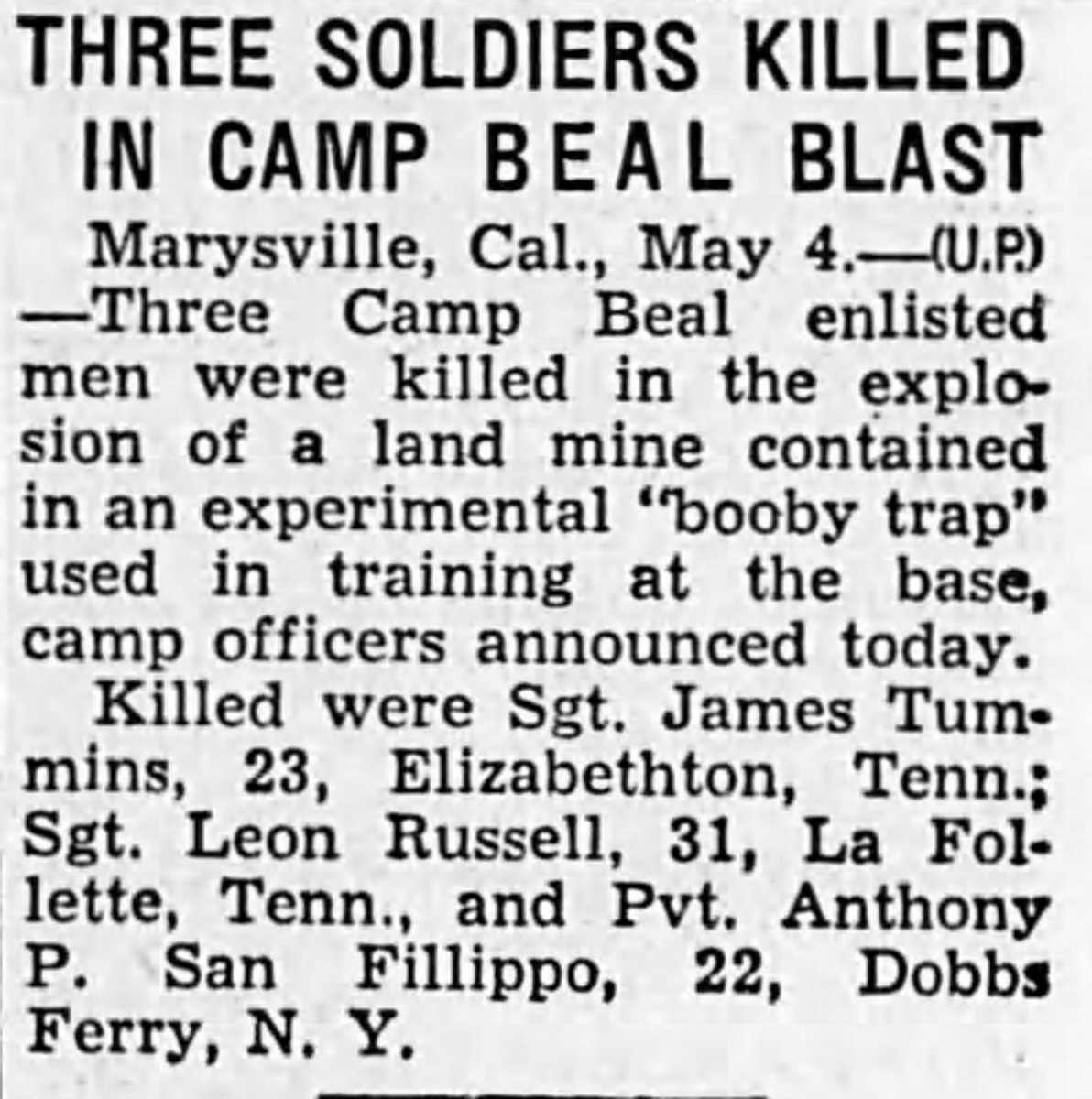 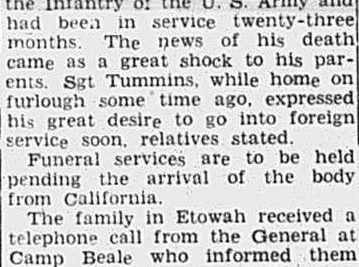