Scott County news, June 8, 1945
Lt. James A. Terry was killed in action in Germany, April 13th, according to the telegram received from the War Department by his wife, Mrs. Marie Terry, April 28. Lt. Terry joined the Army in October 1936, at Ft. Oglethorpe, Ga. He had been overseas for the past 18 months. He received a battlefield commission January 1st of this year, based upon merit displayed in action. He served with the 28th Infantry Regiment for nine years. He leaves a wife, Mrs. Marie Terry, a small daughter, Patricia Jane, mother Mrs. C.C. Terry of Huntsville. He has six brothers, 3 now serving in the U.S. Army overseas and three sisters. 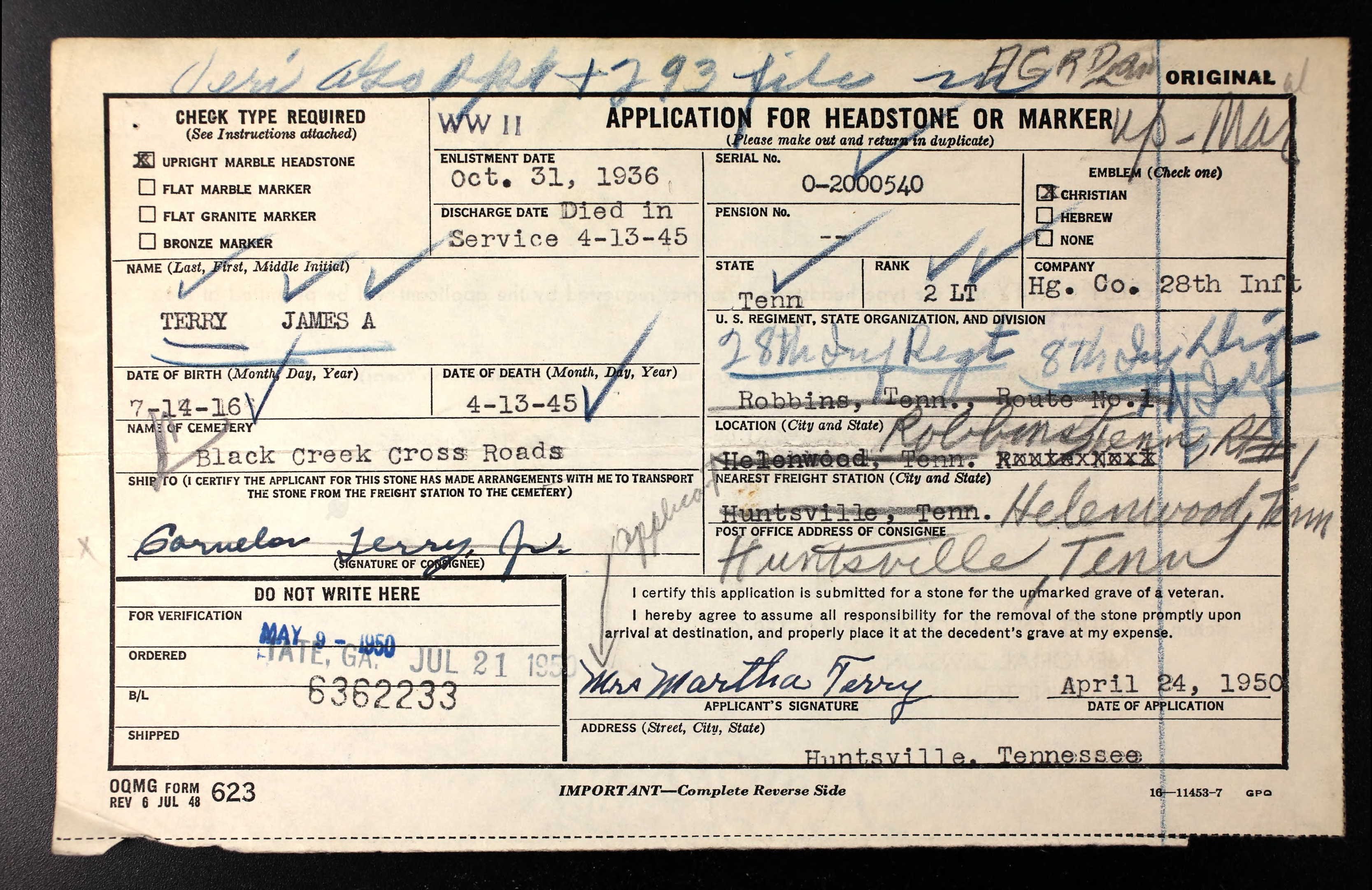 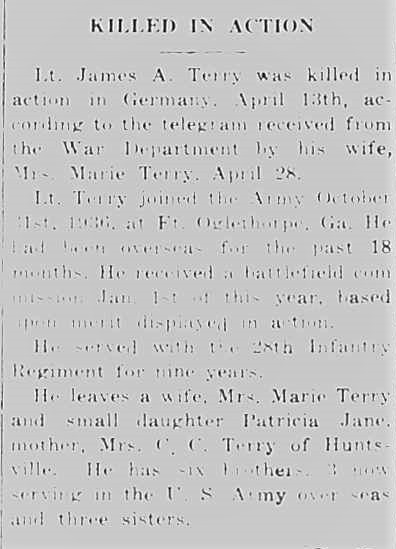