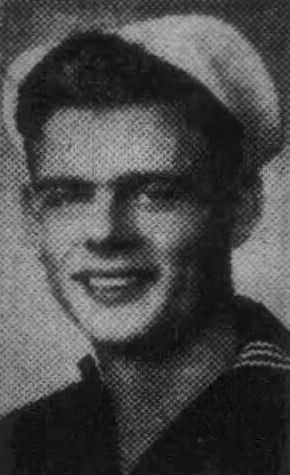 The Knoxville Journal,  September 11, 1948
Last rites for WT 1/c James Allison Smith, who died of wounds suffered in the South Pacific War Theater, Dec. 11, 1944 will be held at Mann’s Mortuary Chapel. Interment will be in Lynnhurst Cemetery with military honors under direction of the American Legion. Smith had participated in battles off the Marshall and Gilbert islands, Coral Sea, Midway, Guadalcanal, Kiska and Attu. In his briljant service record he had won both the Bronze and Silver Stars. He enlisted in the United States Navy at the age of 16 years while a junior at Central High School. He was a member of Inskip Methodist Church.
Survivors include his grandmother, Mrs. J.W. Allison, 4214 Bruhin Road, this city; brothers, Albert Smith, Knoxville; Earl Smith, Miami, Fla., and Pfc. Jerry Smith, with U.S. Army in Manila, Philippine Islands and a sister, Mrs. Clarence Hall, Miami, Fla. 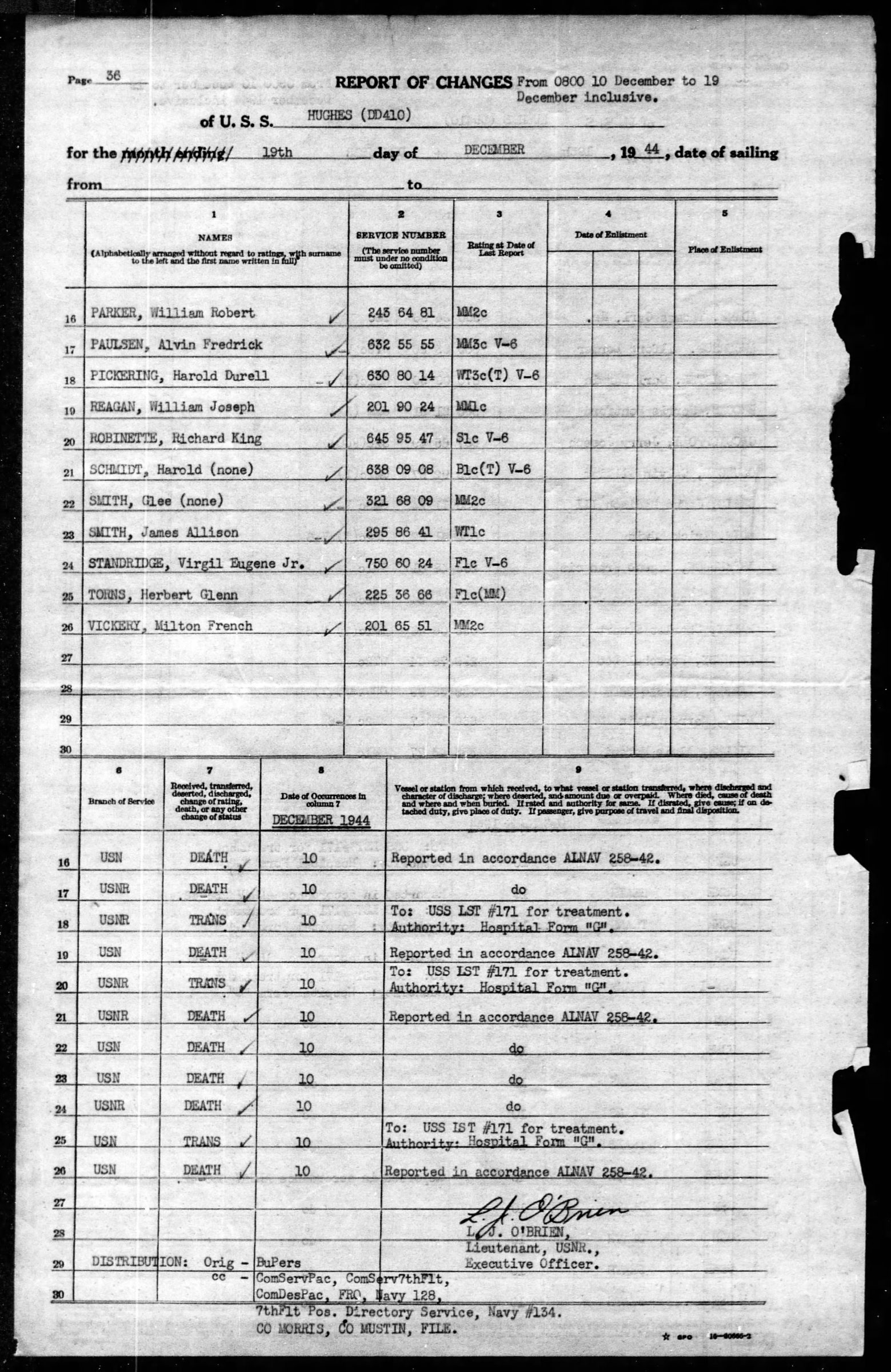 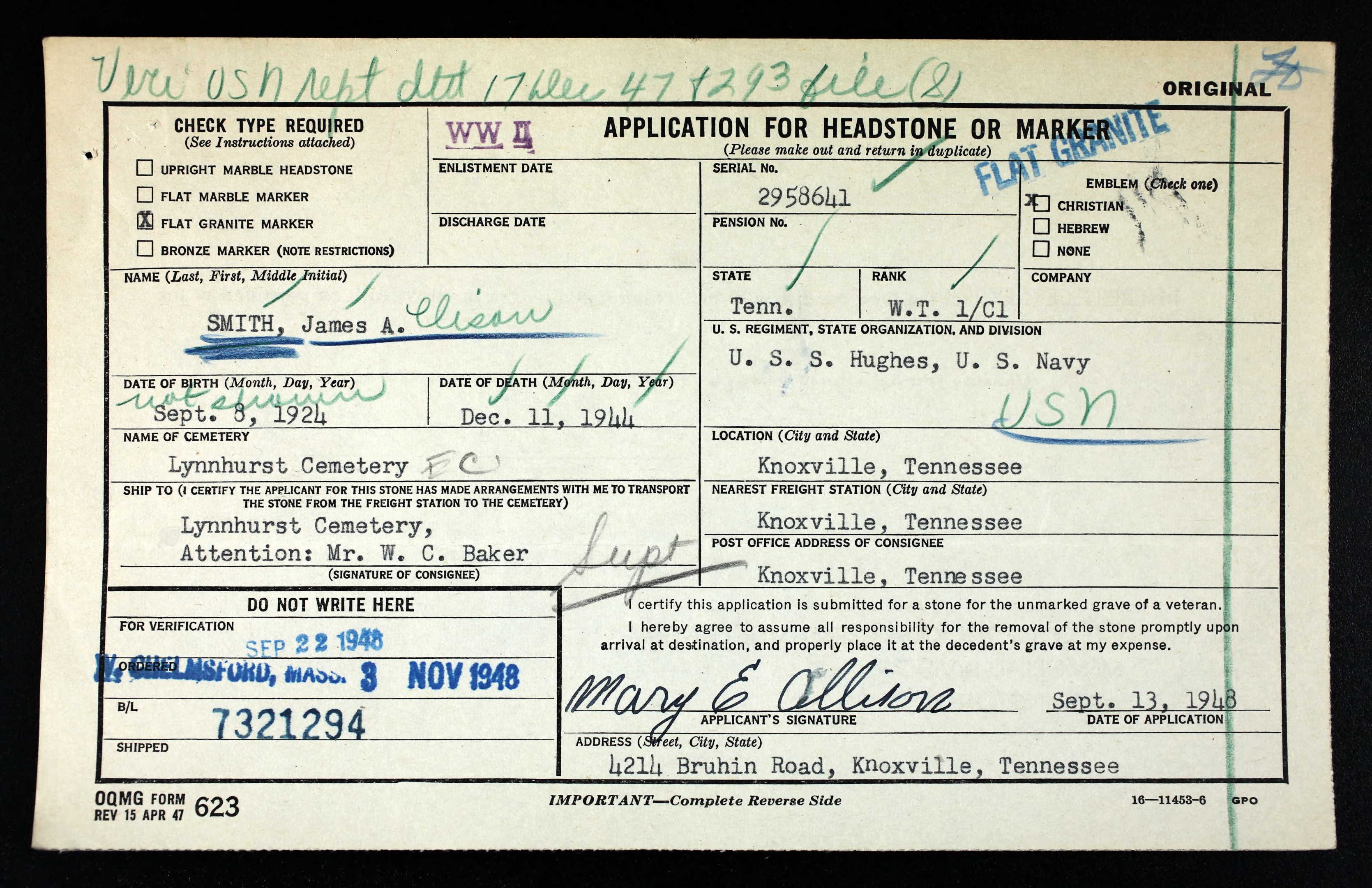 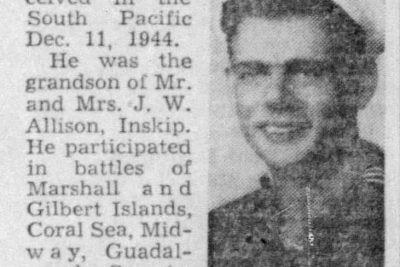 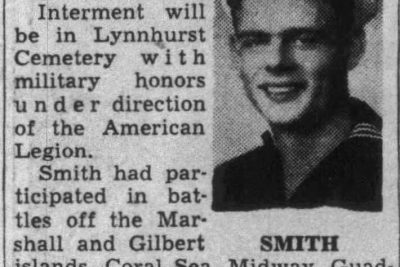