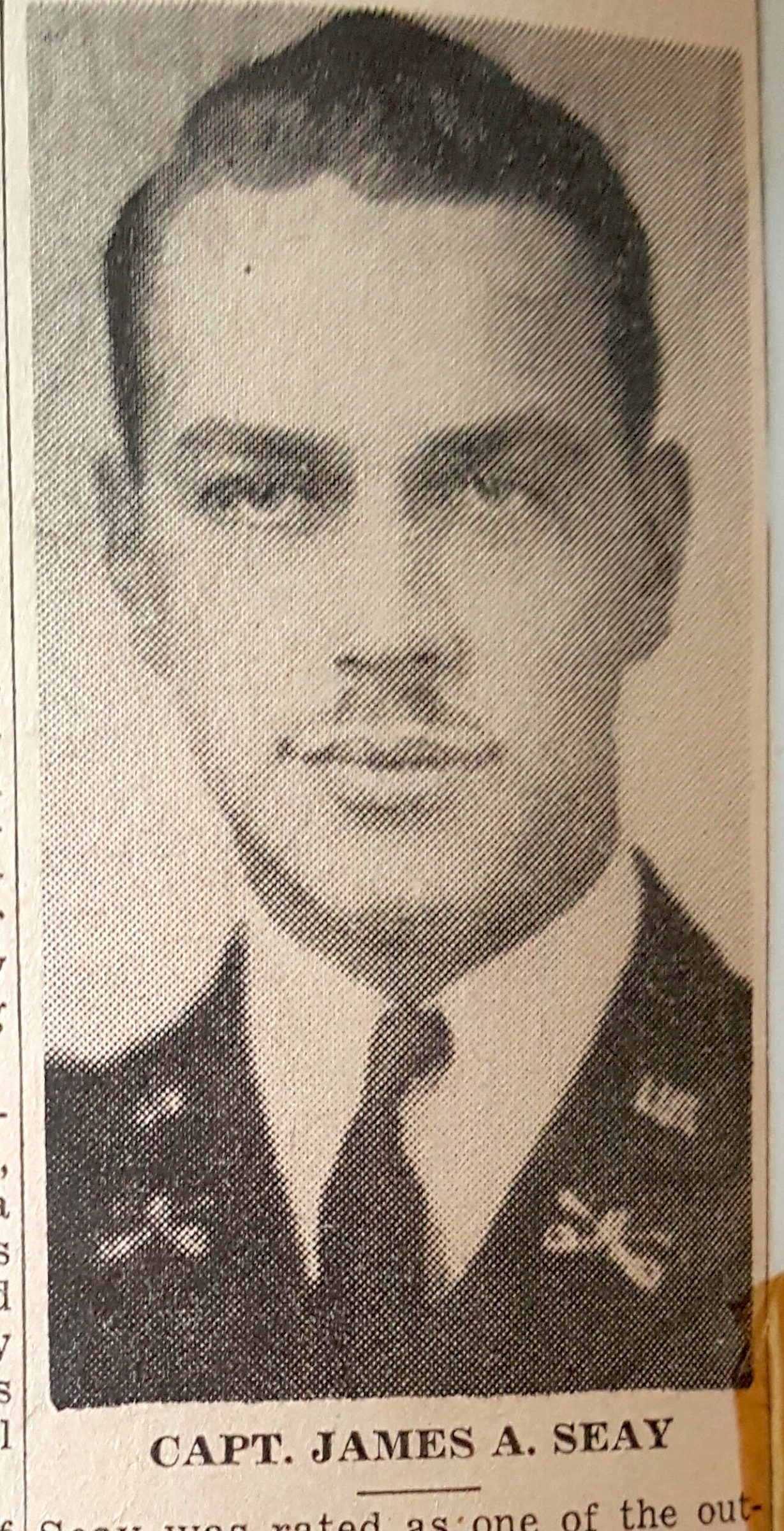 Captain James A. Seay was assigned to the 26th Cavalry Regiment, Phillippine Scouts. When the war broke out with the Japanese, the unit fought a delaying action to the Bataan Penisula were it fought until it was surrendered to the Japanese. He became a Prisoner of War and endured the Bataan Death March.

In 1944, 1800 POW’s were loaded onto the Japanese Hellship Arisan Maru, an unmarked freighter to be transported to be used as slave labor in Japan. 225 miles east of Hong Kong, the USS Shark torpedoed the Arisan Maru without knowing its cargo of POW’s. Only 9 survived.

Captain Seay died 24 October 1944. He is remembered on the Tablets of the Missing, Manila American Cemetery, Philippines.