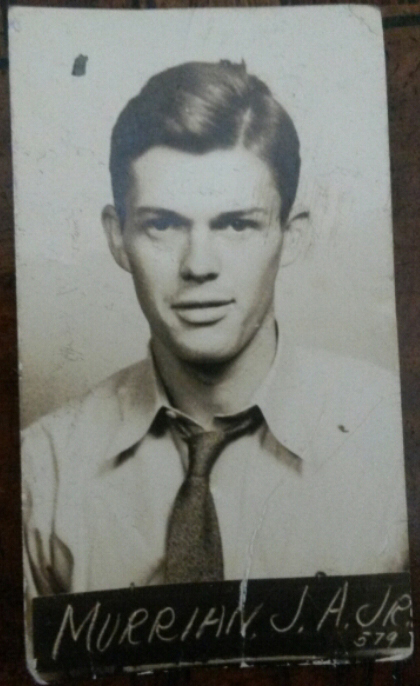 Aircraft B-17G with serial number 42-31512 was on a slow time engine mission. The pilot was cleared on local test flight, purpose of the test was #1 engine slow time. Approximately one hour later, the aircraft crashed and burned in the vicinity of the airfield and the ten crew members were fatally injured. The investigating committee points out that there is every indication that the pilot was buzzing in the vicinity of the crash, having made several passes at the airfield. During the third pass, the tail assembly struck a tree and caused the airplane to become uncontrollable. The pilot and co-pilots medical records show that there was not evidence of flying fatigue or physical disability previous to the accident.
The pilot was flying too low and the tail assembly of the aircraft hit a tree and caused the aircraft to crash at Elmtree Farm, Grundisburgh, Suffolk in England, Market Park Field. 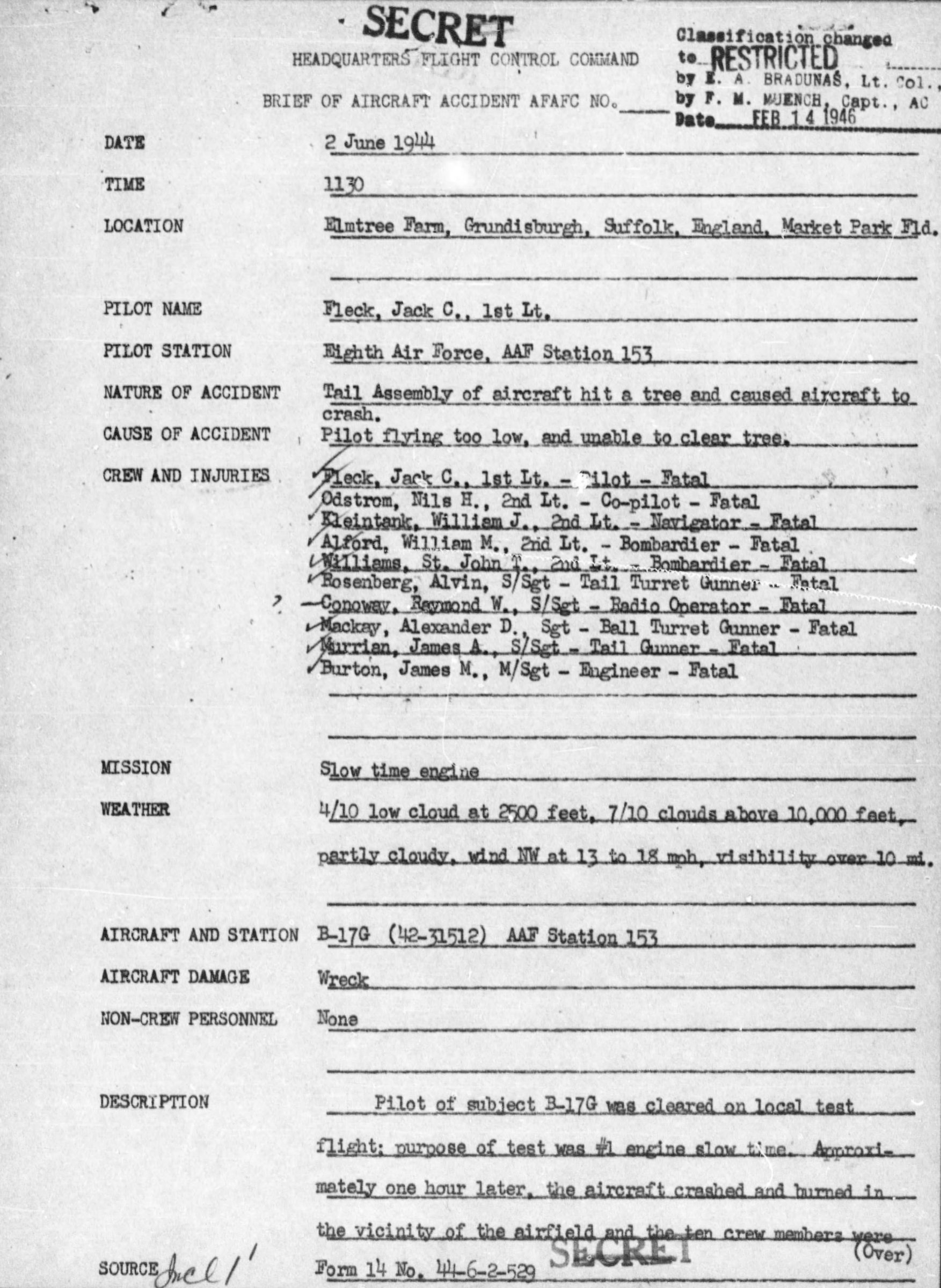 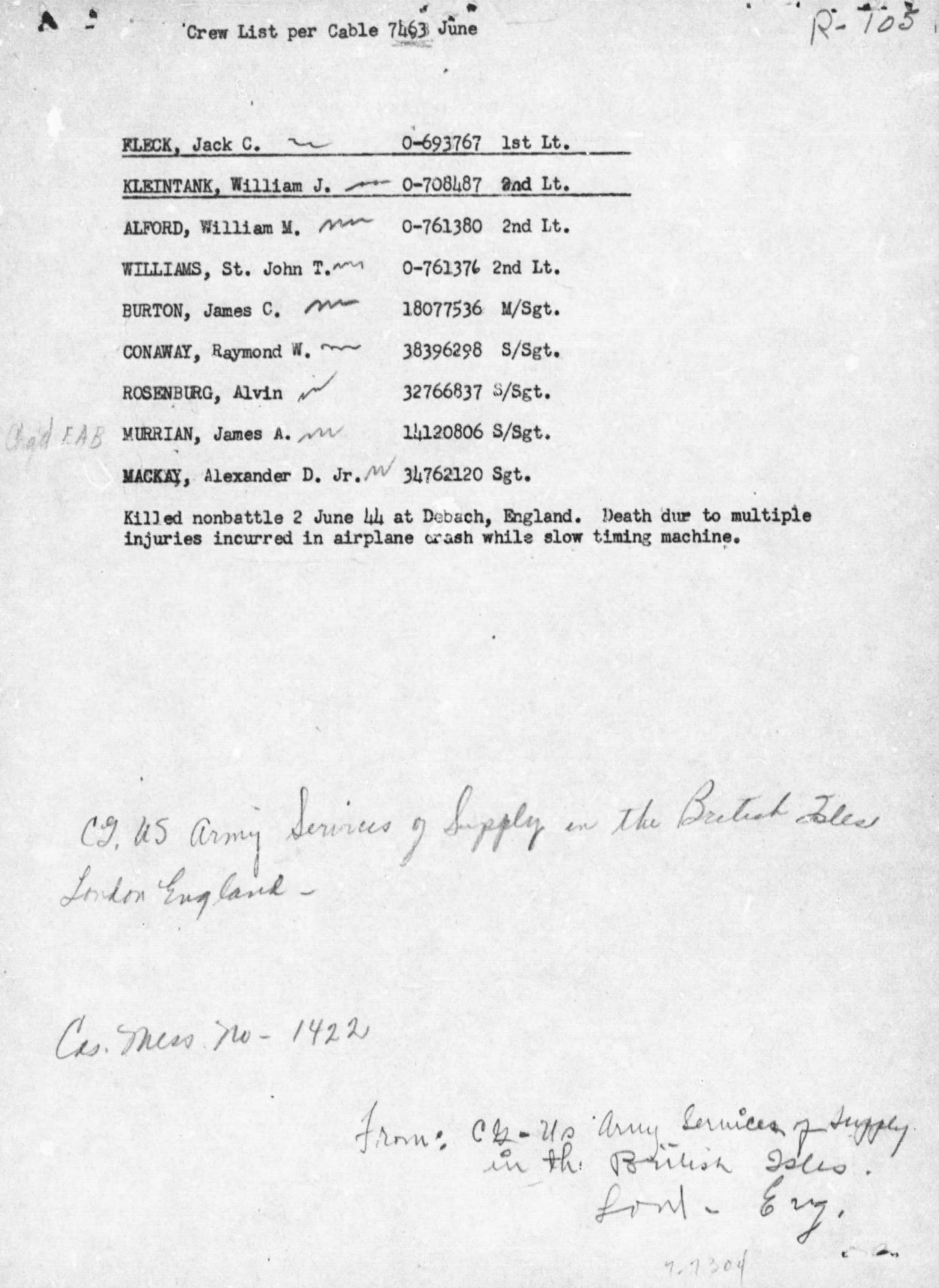 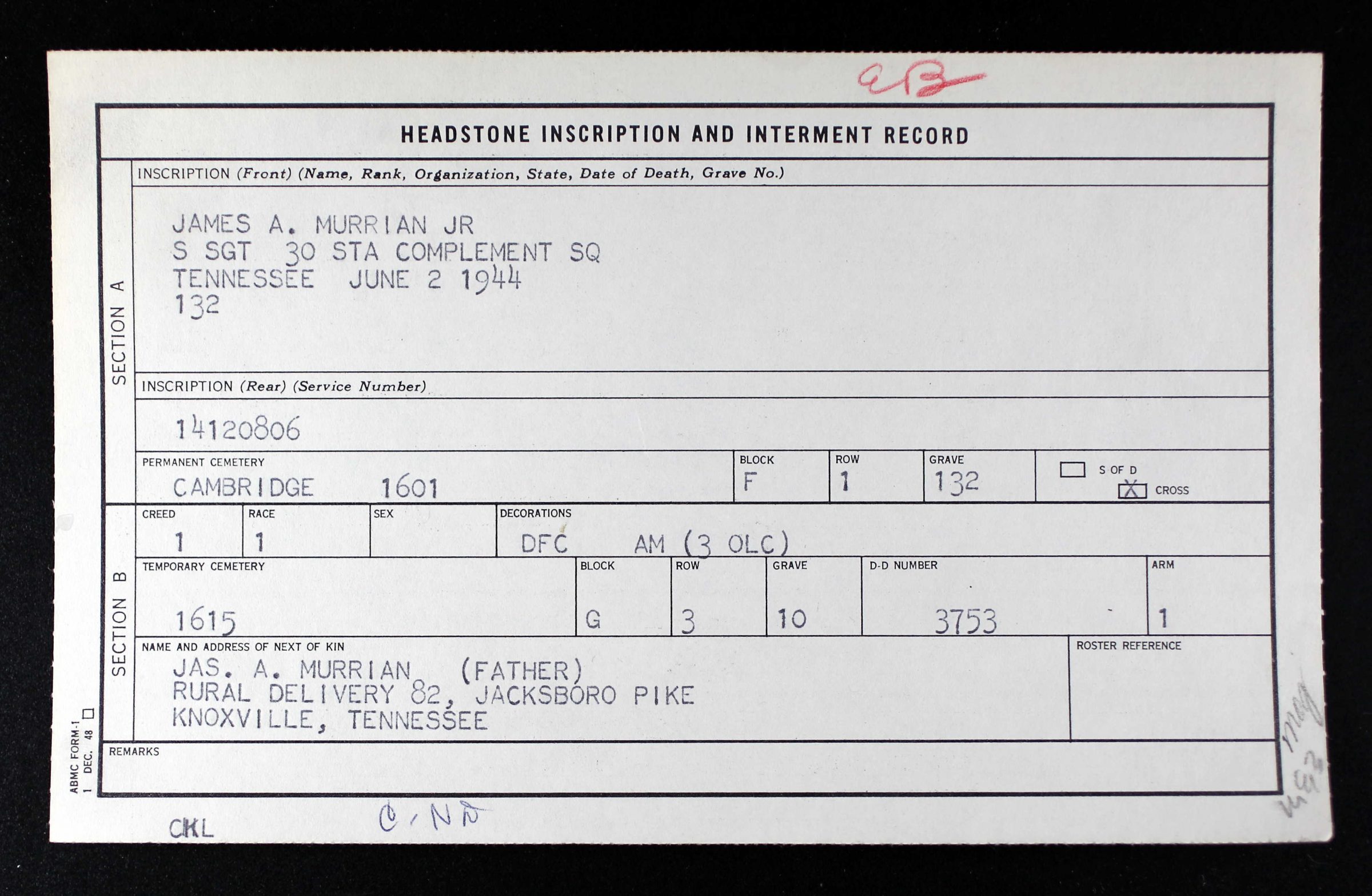 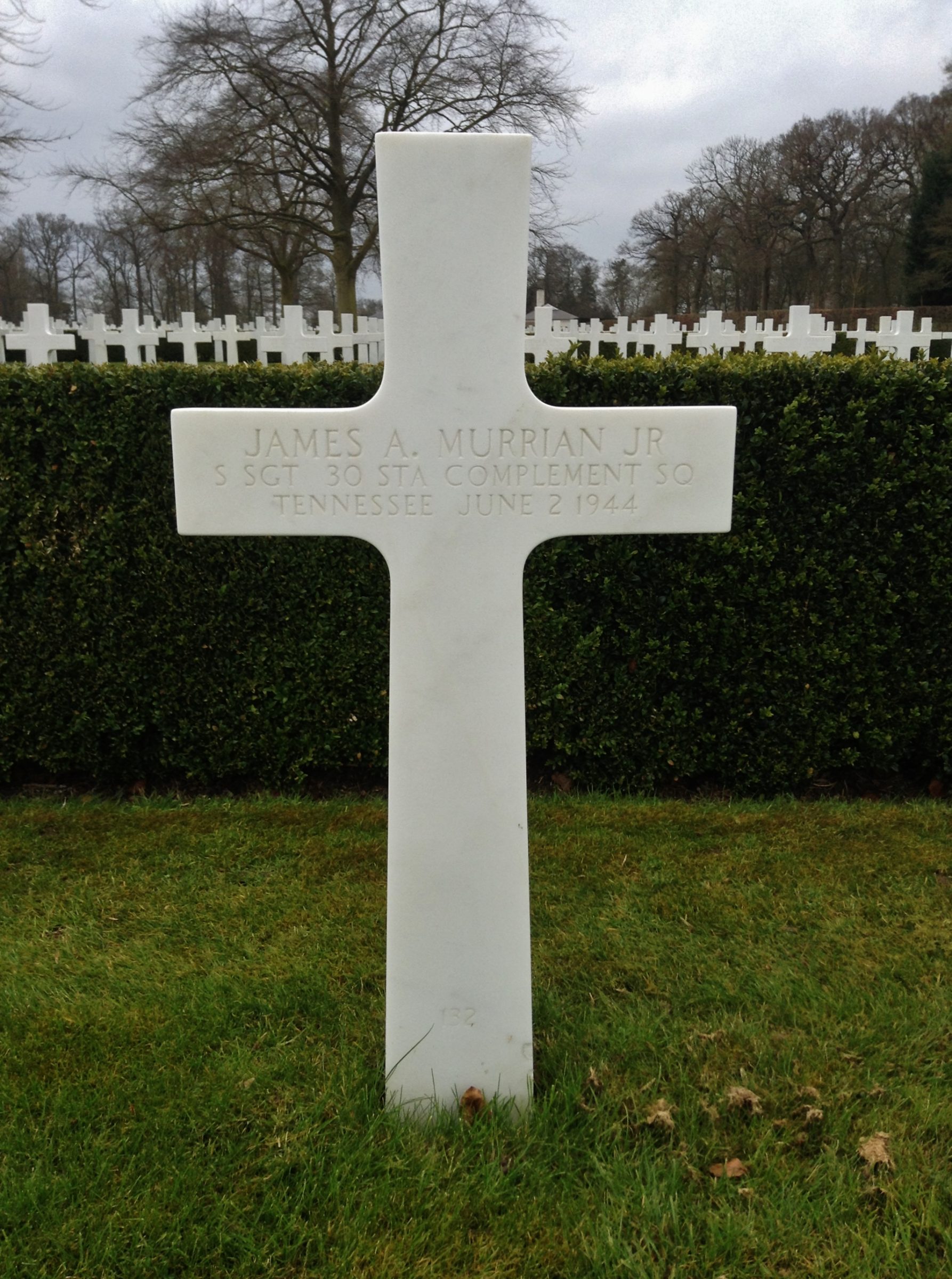