Statement from John C. Baird, First Lieutenant, AC:
Plane No. 43-15653, piloted by the undersigned took off from USAAF Station 486 at 1255 hours, 19 september, 1944, POC Field Order No. 4 HQ 438th TC Gp.
I was flying No. 3 position in the lead element and at approximately 1550 hours, while in the vicinity of Rethie, Belgium, I saw plane No. 42-100770, which was flying No. 2 position in the same element, hit by enemy flak which burst immediately below the fuselage, parallel to the leading edge of the wing. After a split second, the ship fell away slightly to the left and then nosed into a gradual dive, completing a 180 turn. The last I saw of the ship was when it was still approximately 350 to 400 feet from the ground. At that time it had nosed over into a much steeper angle of dive. Left engine was in flame from the time it was hit by flak until it disappeared from my view. 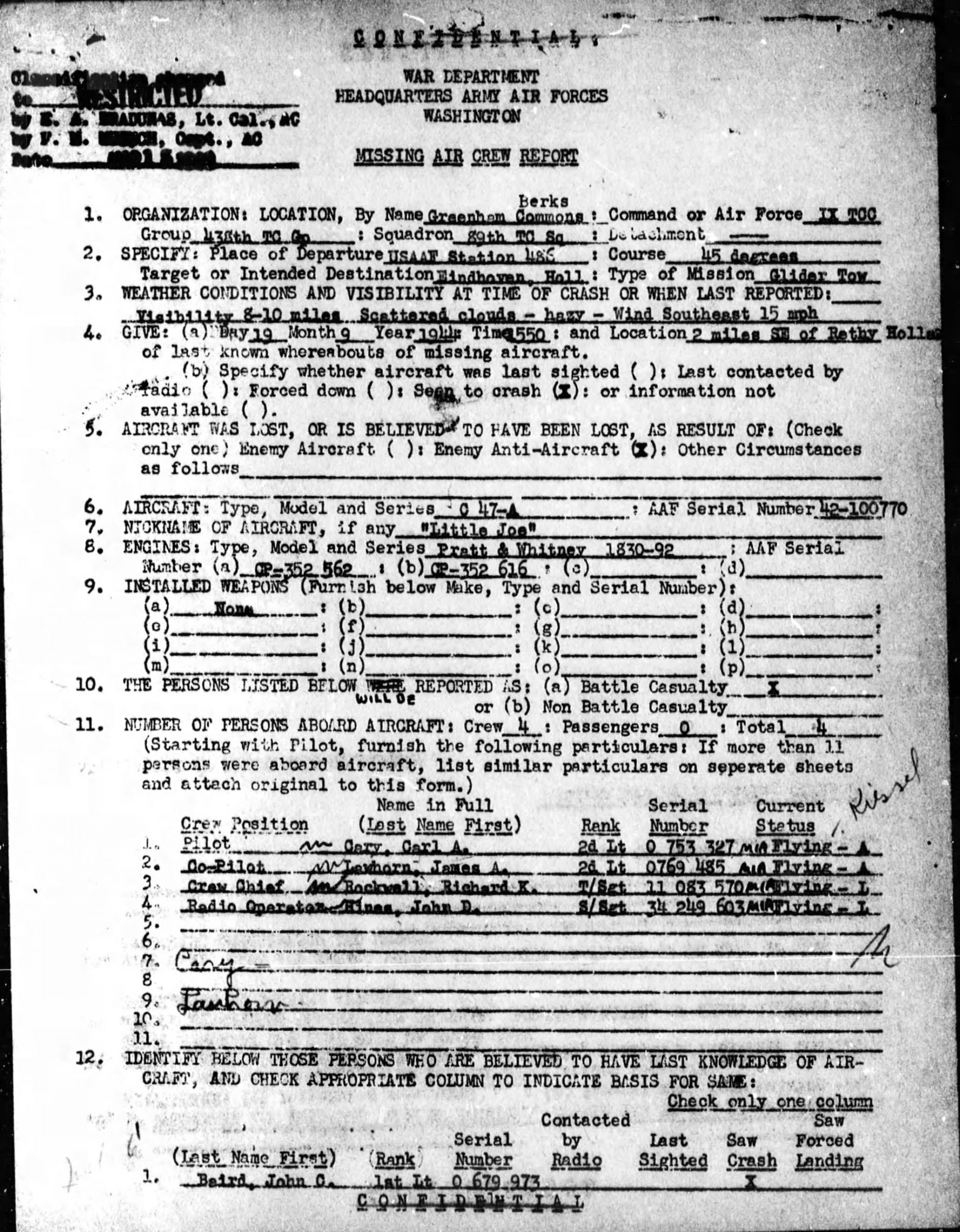 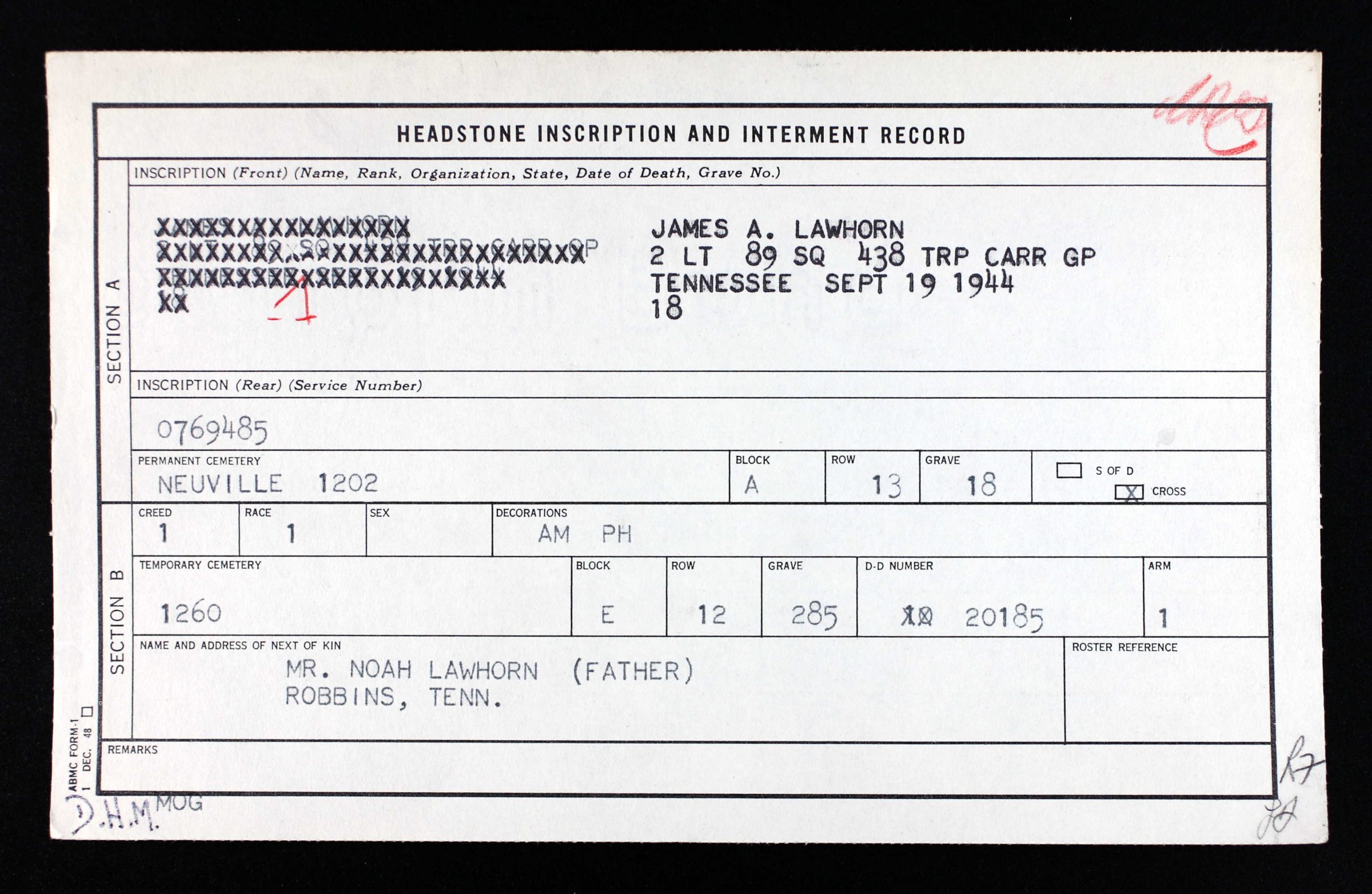