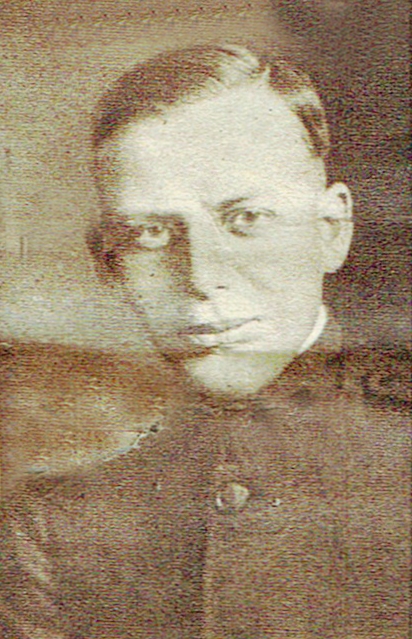 He was Killed in Action in the Argonne Forest, France.

He was an early volunteer, graduating in the first training camp at Fort Oglethorpe and receiving a commission as second lieutenant. He was assigned to Camp Greene, at Charlotte, N.C. and early in March sailed for France with the Thirty-eight regular infantry, part of the Third division. He was a participant in the battle of the Marne, was severely gassed in July and spent some time in a hospital. He was confined at the time and place with Lieut. Hugh Thompson, son of ex-Mayor T.C. Thompson.

Lieut. Johnson returned to the front and engaged in several severe battles. He saw and suffered the horrors of the trenches, marching through the agonies of wading the mud roads of France and facing all the dangers of battle, finally making the supreme sacrifice for the love of country and that freedom for his fellow man might be accomplished.

He was a fine type of young manhood, being of a modest and retiring nature and a splendid young gentleman whose ability and lovable character in civil pursuits would have won for him the best of the American standard. He had a younger brother Sam and was the son of Mrs. Gorda Johnson

Picture was From The Chattanooga Sunday Times Memorial Supplement, May 25, 1919 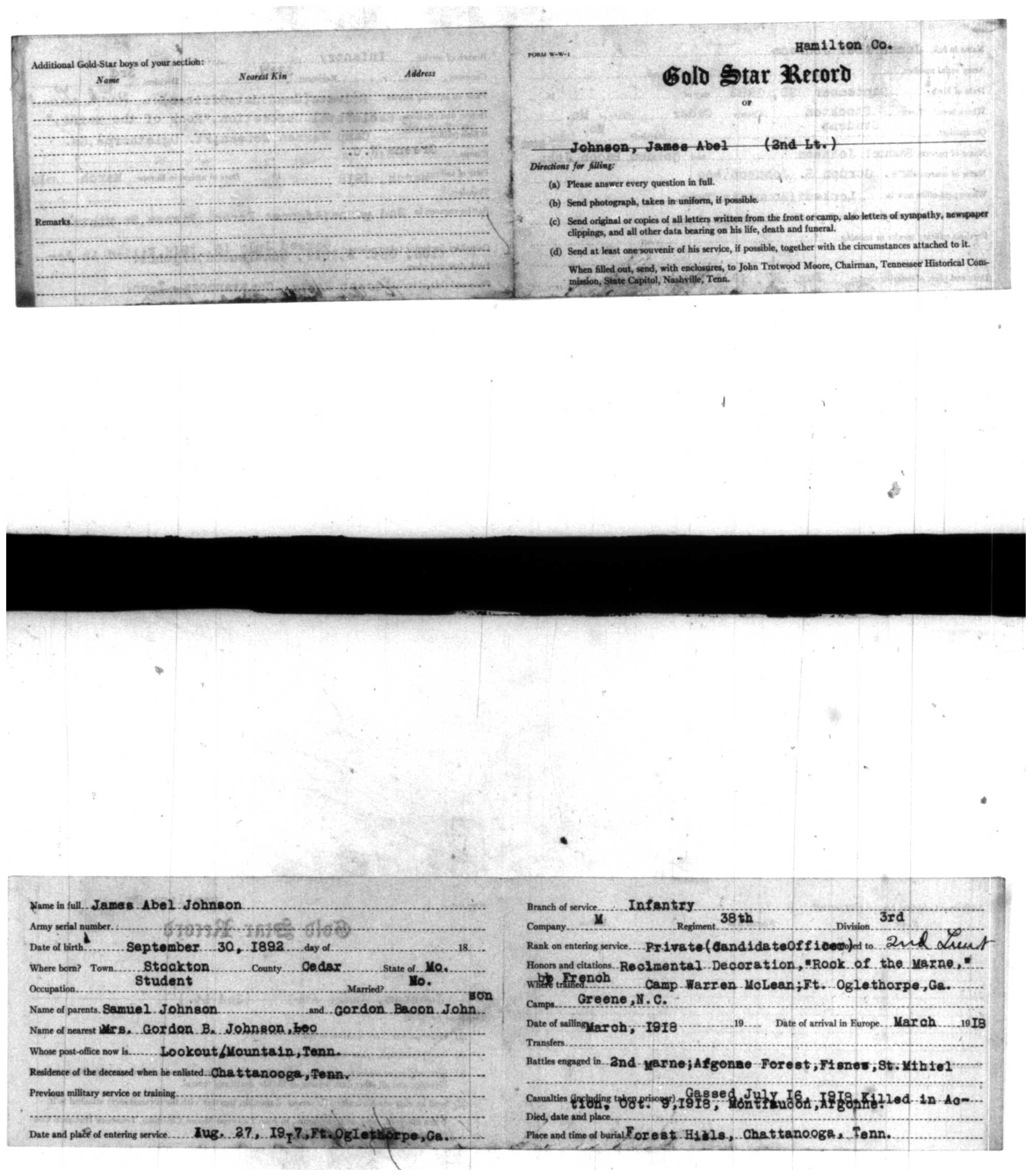 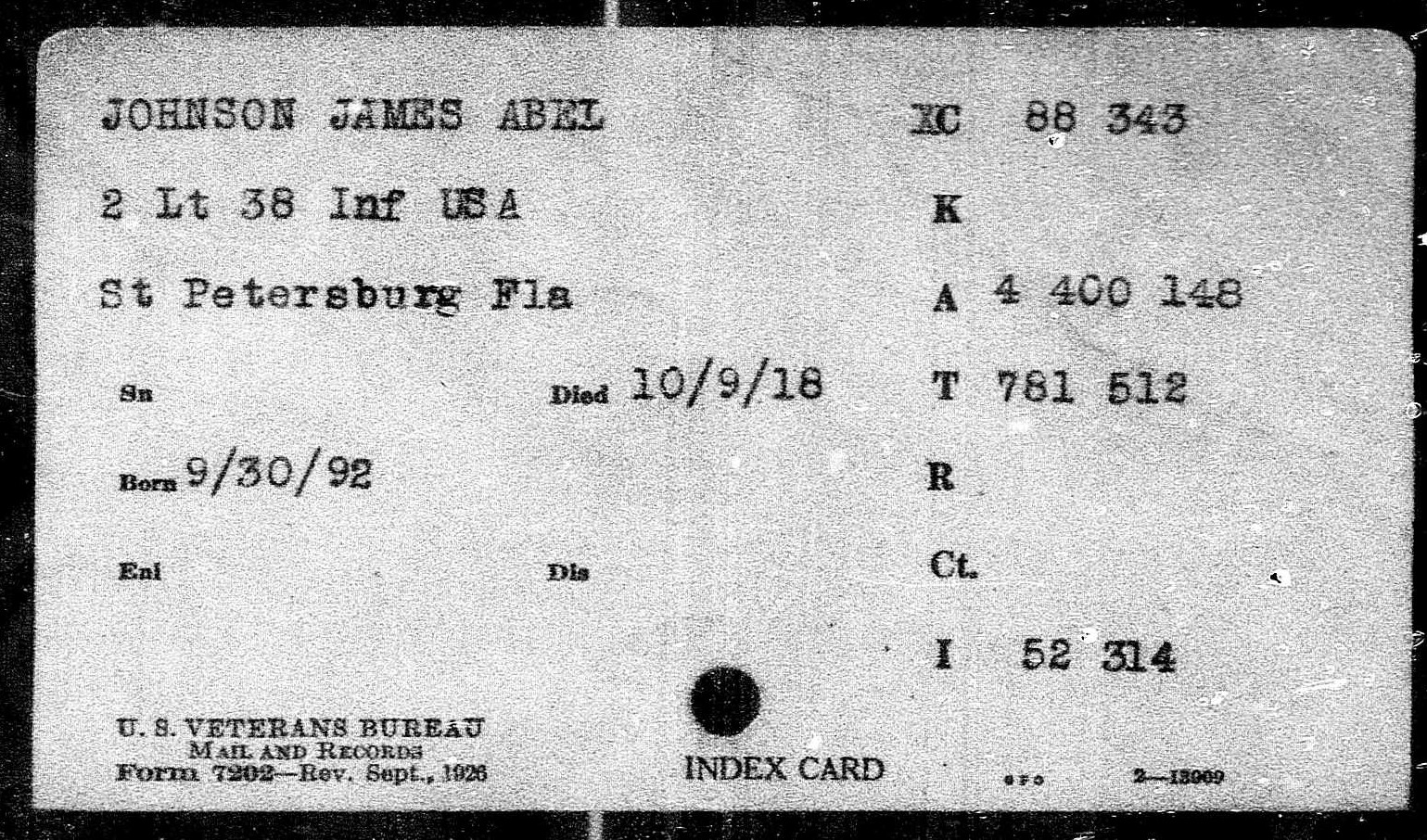 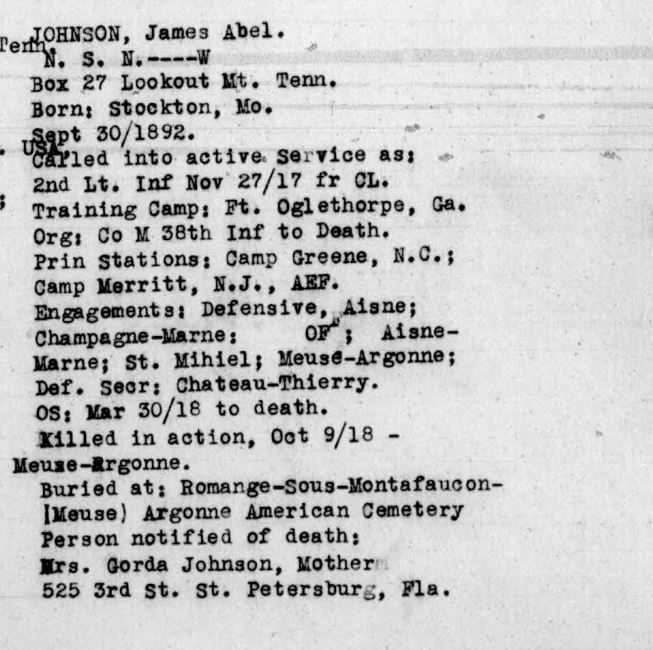 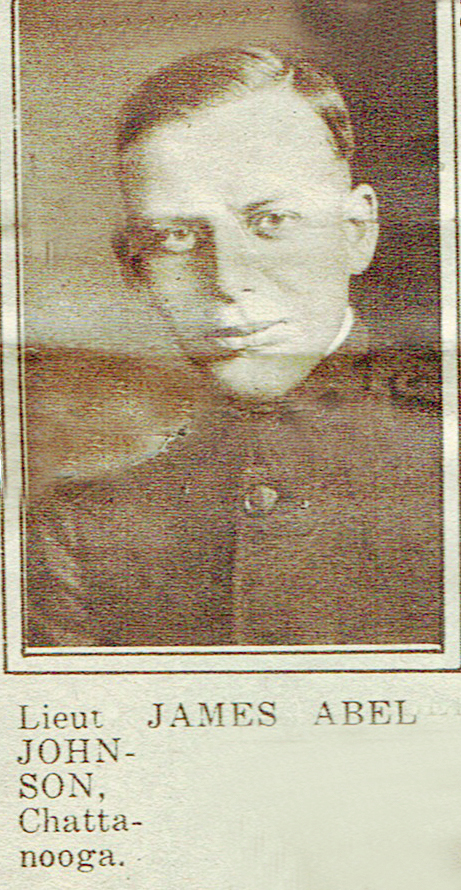