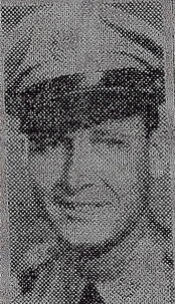 Sergeant Hall was graduated from Maury High School in 1943, and entered the Army shortly afterward. He served in Europe during World War II and was twice wounded in action. Upon his return from Europe, he enlisted in the Air Force and was stationed at Smyrna until August 1950, when he was sent to Japan.
-Submitted by his sister, Betty H. Potts

Jefferson County, Standard, May 31, 1951
A telegram from the War Department told of the death of Sgt. James A. Hall, son of Mr. Stone Hall, of Dandridge in a vehicle accident at his base in Japan last Saturday, May 26.
Sgt. Hall, age 26, is a nephew of Dorcas A. Hall, nurse at Mims Clinic, Newport. He had just written a letter to relatives last week saying that he expected to come home within three months. He was a veteran of World war II. Wounded twice in the last World War. Sgt. Hall reenlisted and had not been at home on furlough since July 4, 1950.
He is survived by a brother, William G. Hall of Dandridge and a sister, Mrs. Glenn Potts, of Rockford, Ill. 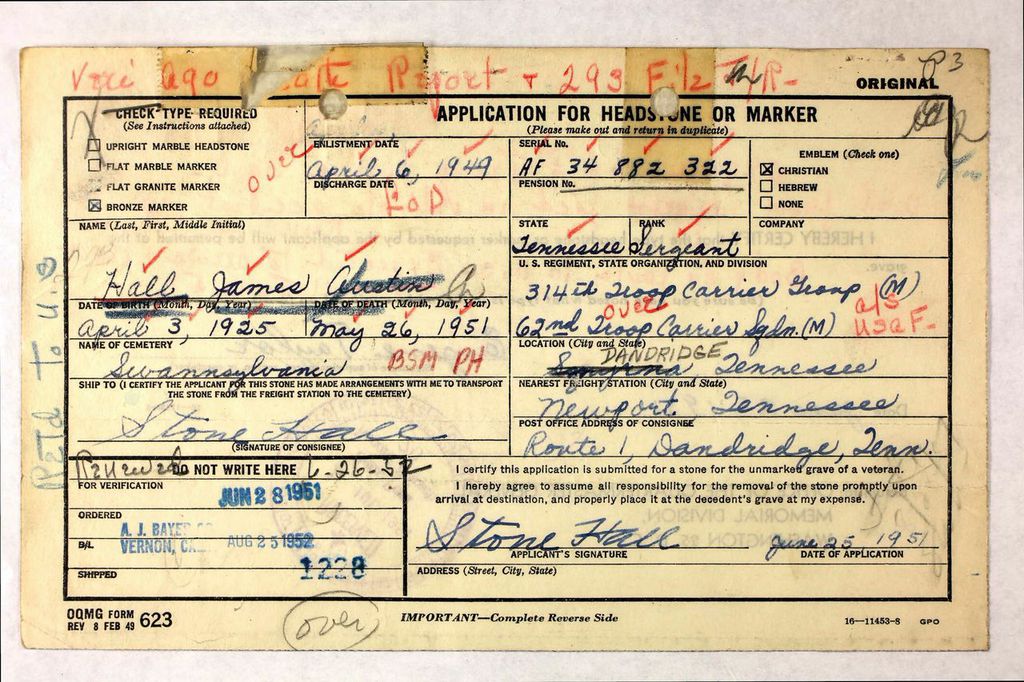 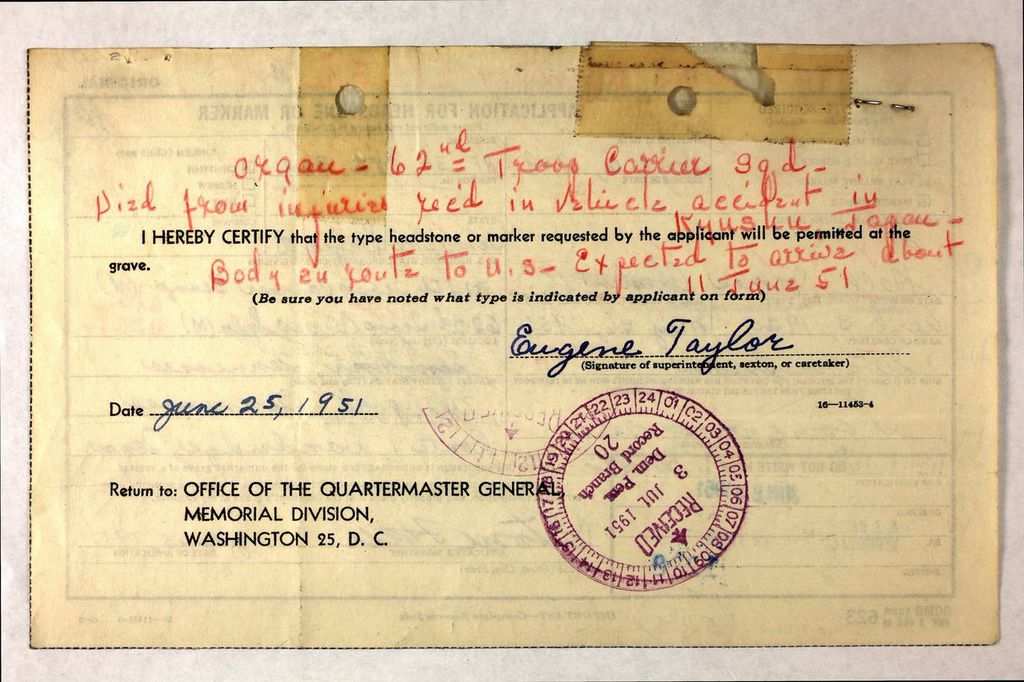