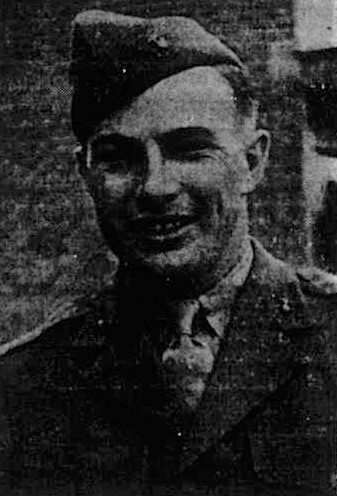 Crossville Chronicle, November 16, 1944
Corporal James A. Finney, Marine Corps, was killed in action on Guam Island on August 10, 1944. He was a graduate of the Moore County high school, Lynchburg, and was completing his junior year’s work at Tennessee Polytechnic Institiute, Cookeville, majoring in agriculture, when he volunteered for the Air Corps in September 1942. After nine months in the Air Corps he transferred to the Marine Corps. He received his basic training at San Diego, California. Cpl. Finney was a veteran of many outstanding battles in the South Pacific area, including the battles of the Marshalls, the Solomons, Bougainville, Gilberts, and Guam. He had been overseas 20 months.
He is survived by his wife, the former Miss Imogene Swallows, daughter of Mr. and Mrs. A.A. Swallows; his parents, Mr. and Mrs. W.C. Finney of Lynchburg; three brothers, one of whom Frank, is stationed with the U.S. Army in India; and three sisters. A recent press release sent the Chronicle gave the details of his last mission, and told of how he saved the life of a Marine officer on the mission immediately previous to that in which he gave his life. 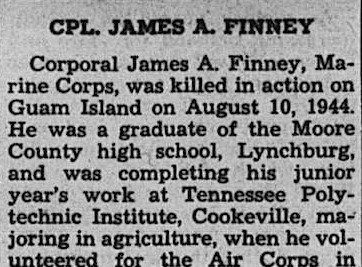 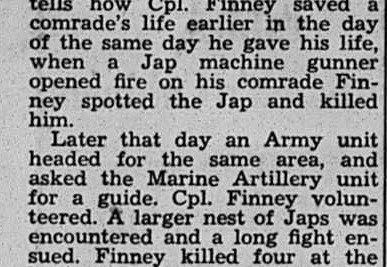