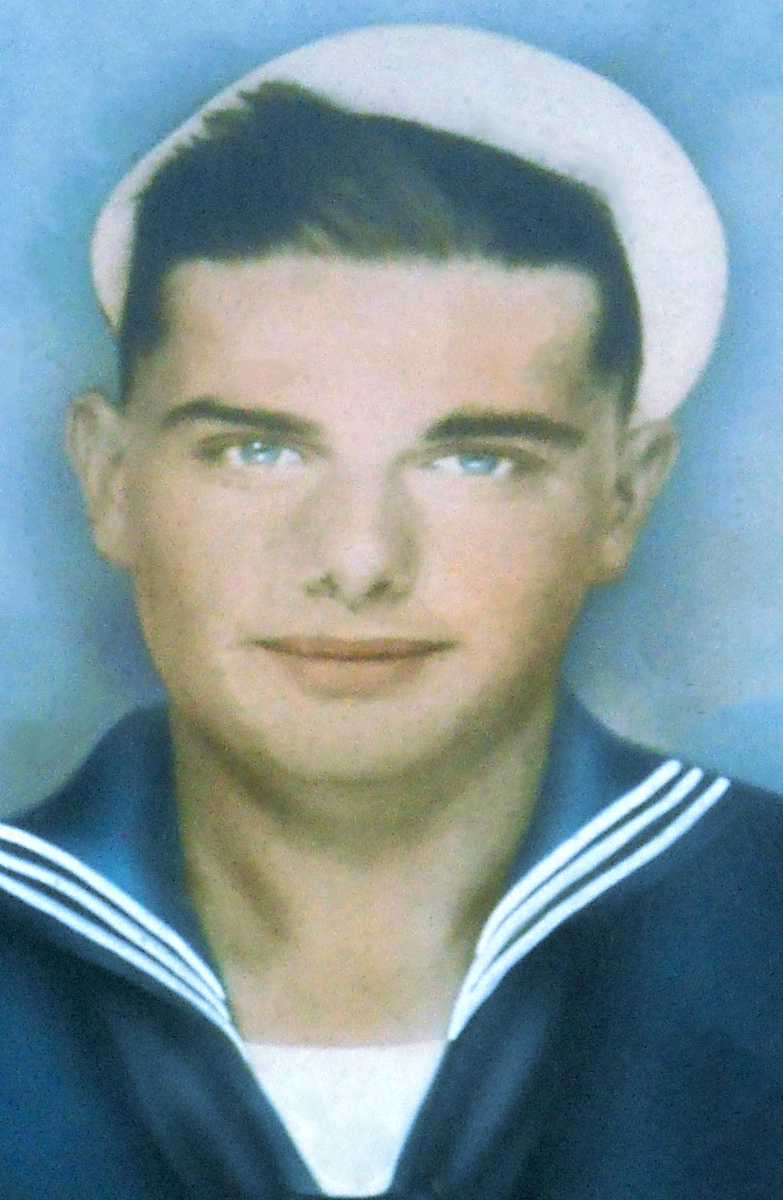 Seaman, First Class James Austin Dyer, Service Number 6402230James was born on 4 March 1922 in Johnson City, Washington County, Tennessee. He enlisted in the United States Navy on 15 February 1942 in Nashville, Tennessee. James was then sent to San Diego, California for basic training. Afterwards Apprentice Seaman Dyer was dispatched to Pearl Harbor, Hawaii for assignment.At Pearl Harbor, James was assigned to the USS Benham (DD-397), a Benham-class Destroyer on 4 April 1942. The Benham was assigned to Task Force (TF) 16 and aided in the Doolittle Raid on Tokyo, Japan. She continued operating with TF 16 through the Battle of Midway, 3 to 6 June and was instrumental in rescuing 720 survivors from the USS Yorktown (CV-5) and 188 from the USS Hammann (DD-412). She was instructed to head for Pearl Harbor, Hawaii to unload them and then headed back into the action. James was promoted to Seaman Second Class on 15 June. Afterwards, the Benham participated in the landings on the islands of Guadalcanal and Tulagi, Solomon Islands, 7 to 9 August and the Battle of the Eastern Solomons, 23 to 25 August.Benham then joined TF 64 on 15 October 1942 as a part of the naval covering force off Guadalcanal. During 14–15 November, she took part in the Battle of Guadalcanal and at 0038 hours (12:38am) on 15 November she took a single torpedo to her starboard (right side) bow that severed everything forward of her bridge. The explosion also sent up a great column of water that cascaded down the ship washing one sailor overboard. The Benham was able to stay afloat and slowly started making her way towards Guadalcanal with the USS Gwin (DD-433) watching over her. By 1637 hours (4:37pm) further progress was impossible and her crew was ordered to abandoned ship after she started to split in half from the rough seas. James and the other survivors were picked up by Gwin and afterwards the Gwin sank the two sections at 1938 hours (7:38pm) by shell-fire. The sailor that was washed overboard was rescued by the USS Meade (DD-602), so the entire crew of the Benham survived the attack and sinking. James was then reassigned along with some other survivors to the USS Helena (CL-50), a St. Louis-class Light Cruiser on 17 November 1942 while they were making their way to Espiritu Santo an island in the nation of Vanuatu of the New Hebrides. He signed aboard on 27 November from the Gwin during what was called Project White Poppies at Espiritu Santo. Afterwards, Helena set off to participate in the shelling of Japanese positions on the island of New Georgia; Munda and Vila Stanmore. She continued to perform patrol and escort duties in the area around Guadalcanal until the end of February 1943 when she was dispatched to Sydney, Australia for an overhaul. James had some down time in Sydney and was promoted to Seaman First Class on 1 March 1943. After her overhaul it was back to New Georgia, Solomon Islands to begin shelling Japanese positions in preparation for the New Georgia Campaign. On 20 June the invasion began. She continued to support the Marine Corps and just before midnight on 4 July, she moved into the Kula Gulf with an escort group to support another Marine Corps landing there. Shortly after midnight on the 5th, her big guns opened up in her last shore bombardment. The landing of troops was completed successfully by dawn, but in the afternoon of 5 July, the Tokyo Express was anticipated and the escort group turned north to meet it in what would be called the Battle of Kula Gulf. By midnight on 5 July 1943, Helena’s group was off the northwest corner of New Georgia a group that included three cruisers and four destroyers. Racing down the slot to face them were three groups of Japanese destroyers, totaling ten enemy ships. Four of them peeled off to accomplish their mission of landing their troops in a counter-attack against our Marines. By 0157 hours (1:57am) on 6 July the Helena began blasting away, but she had expended all her flashless powder and was using smokeless powder that produced immense flames when fired, this made her a perfect target at night. At 0204 hours (2:04am) just seven minutes after she opened fire, Helena was torpedoed by Japanese destroyers IJN Suzukaze and Tanikaze off Kolombangara Island, Solomon Islands. Within the next three minutes, she was hit by two more. Almost at once she began to jackknife. Below, she was flooding rapidly even before she broke up and sank stern first in the early morning hours of 6 July 1943. James fought valiantly and went down with her. He was 21 years old and for his actions was awarded the Silver Star and Purple Heart Medals. James is listed on the Tablets of the Missing, Manila American Cemetery, Manila, Luzon Island, Philippines. He also has a Memorial Marker at the Monte Vista Memorial Gardens, Section RJ in Johnson City, Tennessee. James’ declared date of death is 10 August 1945. James is the son of Oscar Lee Dyer and Mattie Irene Cross.Submitted by: Allen D. Jackson, USAF (Ret) 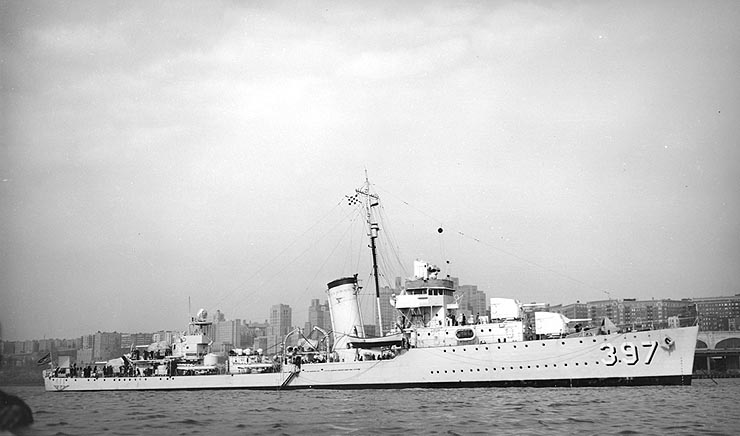 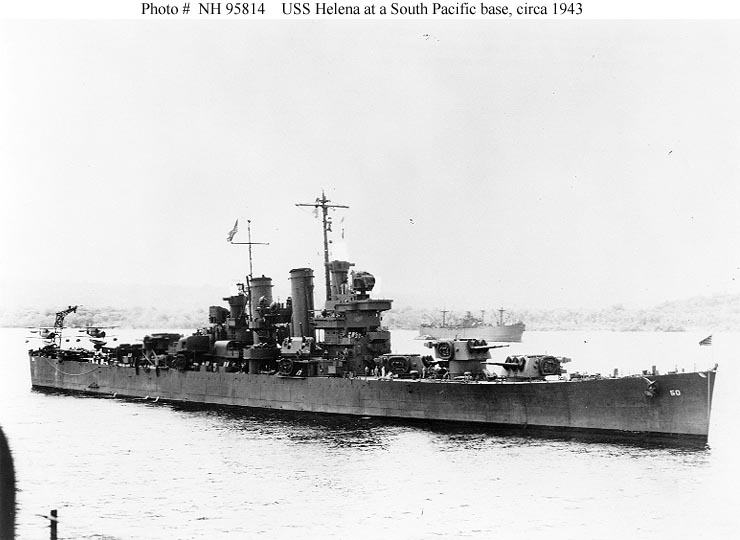 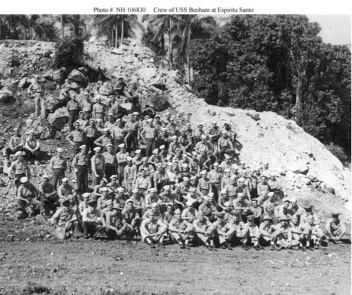 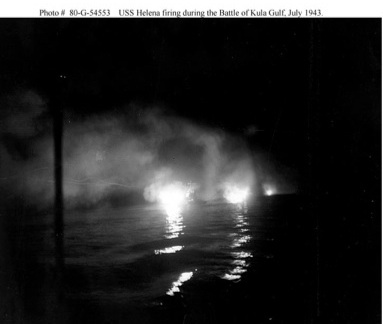 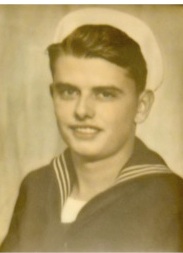 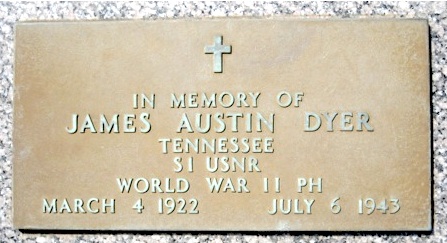