Cpl James Davis was a Top Turret Gunner on aircraft B-24G with serialnumber 42-78411, nickname Flying Wolf.  The aircraft departing from Castelluccio, Italy on a combat IP mission to Osweicim, Poland on 26 December 1944. They were hit by flak over the target. Cpl Davis bailed out approximately 34 Km Southwest of Voicin, Yugoslavia and returned to Allied Control. He was killed two missions later returning from a combat mission. 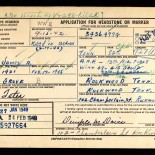 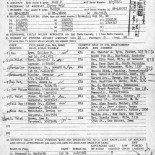 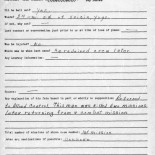