Private James Alfred Breeden was born on June 26, 1921 in Knoxville. He was the only child of Walter Breeden and Roxie Laura Satterfield Breeden. He lived at 3450 Brooks Road, Knoxville. Prior to joining the military, he worked as a farmer.

Private Breeden was a member of Company E, 88th Glider Company. He was serving at Camp MacCall in Scotland County, North Carolina. In a horrific accident on March 7, 1944, he was hit in the base of the skull with a bazooka shell. He died from a brain hemorrhage due to a compound fracture in his skull. He is buried in Asbury Cemetery in Knoxville.

The Knoxville Journal, March 9, 1944
Pvt. James A. Breeden, 22, son of Mr. and Mrs. Walter L. Breeden, 3100 Wimpole Avenue, was killed in a training accident at Camp Mackall, N.C. Private Breeden had been in the Army about four years. Breeden has served as a military policeman, been a glider pilot, a machine gun operator and  had completed paratroop training recently, his father said yesterday. He was also an expert sharpshooter and had received several awards for outstanding ability, the father reported.

The Knoxville Journal, March 10, 1944
Pvt. James A. Breeden, 23, son of Mr. and Mrs. Walter L. Breeden, 3100 Wampole Avenue, was killed in a training accident at Camp Mackall, N.C., Tuesday. Funeral services at Riverview Baptist Church. Interment in Asbury Cemetery. Body will arrive in Knoxville Friday night and will be taken to the home Saturday morning. 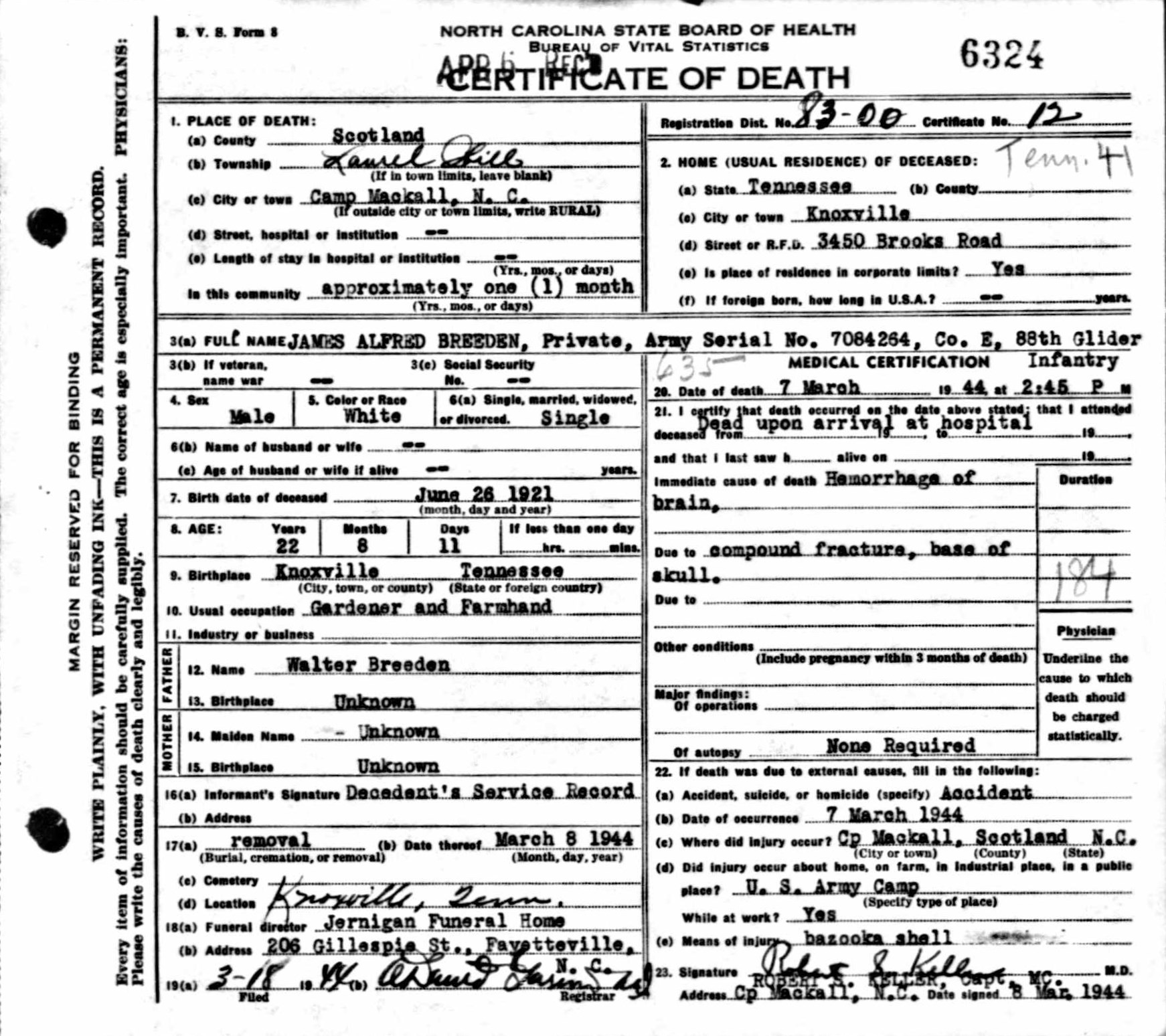 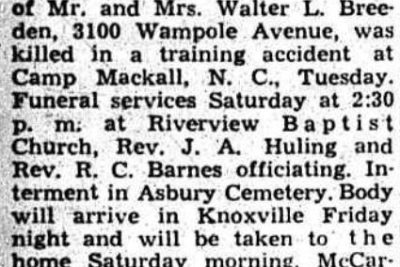 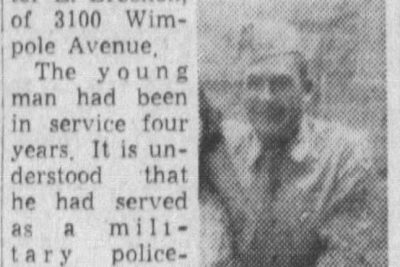 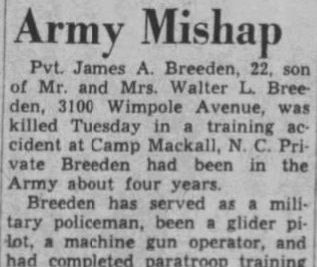