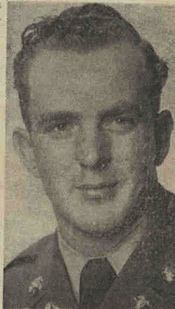 Warrant Officer James Alfred Brady was born on August 20, 1928. He attended Powell High School, Knoxville, and completed his requirements for a high school diploma in the United States Army. He entered the Army in 1950 and had been stationed in Germany three times before he left for Vietnam in March 1968. Warrant Officer Brady served in Company D, 2nd Battalion, 4th Infantry, 9th Infantry Division. He was killed on July 2, 1968, in Dinh Tuong, South Vietnam when his jeep ran over an enemy land mine. His wife and two children lived in New Hampshire and his father, Raymond R. Brady, and three brothers and two sisters lived in Knoxville. WO Brady was buried in the National Cemetery at Fort Devens, MA. 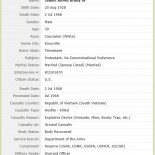 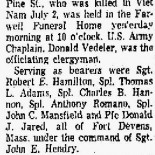