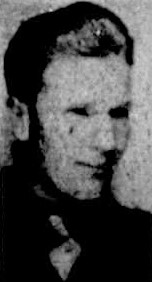 He was the son of Millard F. and Martha Queener of Campbell County, Tennessee.

He enlisted in the US Army Air Corps on December 3, 1943 at Camp Shelby, Mississippi and was promoted to the rank of Private First Class.

Prior to his enlistment he was a skilled worker in the mines and a mining-machine operator.

The Knoxville Journal, March 1, 1945
Pfc. Jacob Queener, 28, son of Mr. and Mrs. Miljard F. Queener, of LaFollette, was killed in action Feb. 28 with General Patton’s Third Army, the War Department has notified his parents. Private Queener entered service in 1941, and went overseas in September, 1944. Besides his parents, he is survived by a brother in service, Pfc. William Queener. 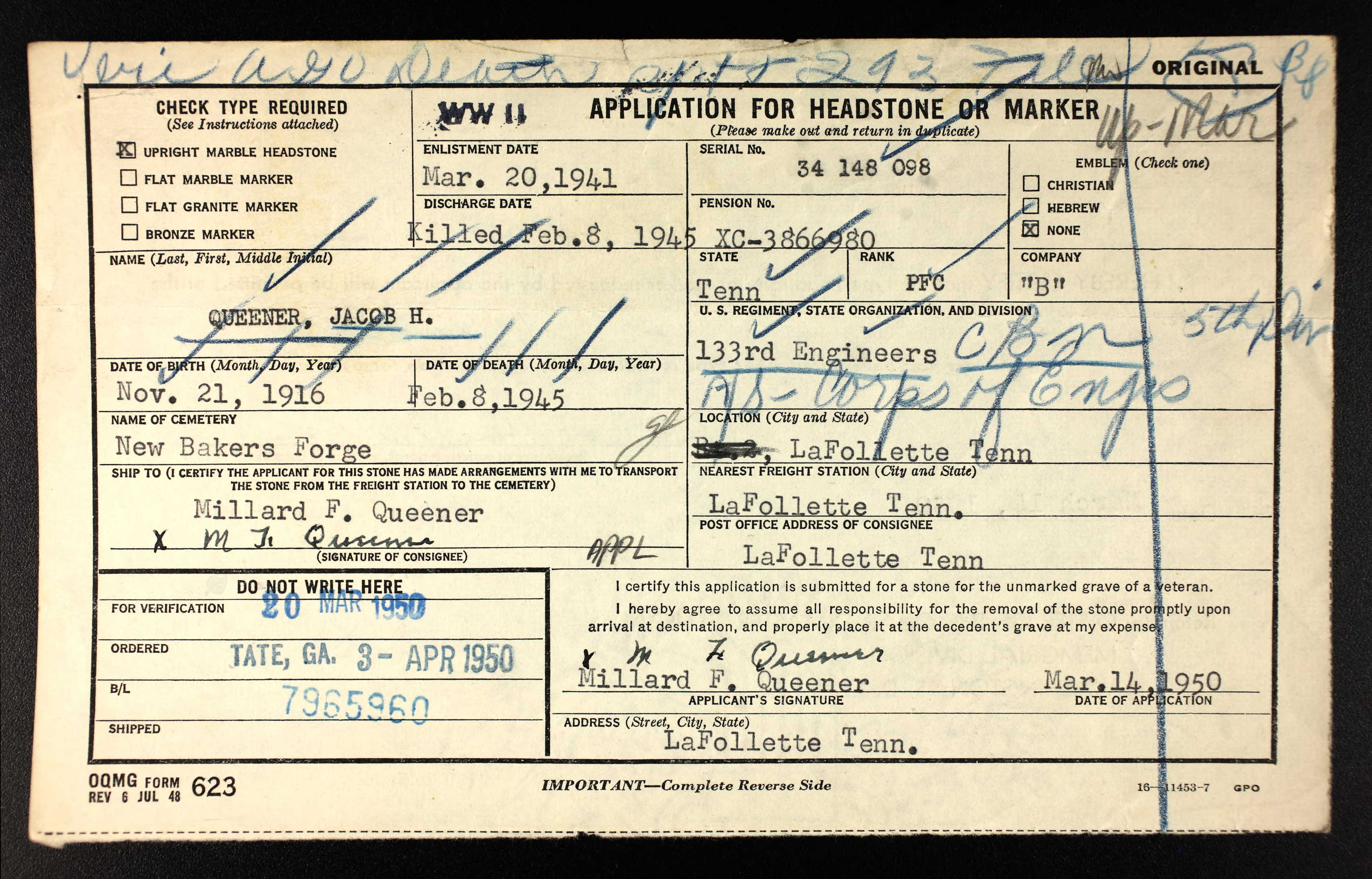 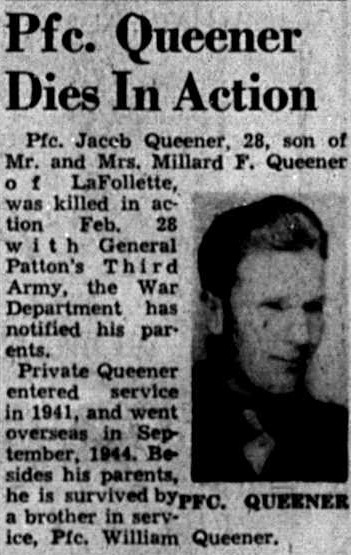