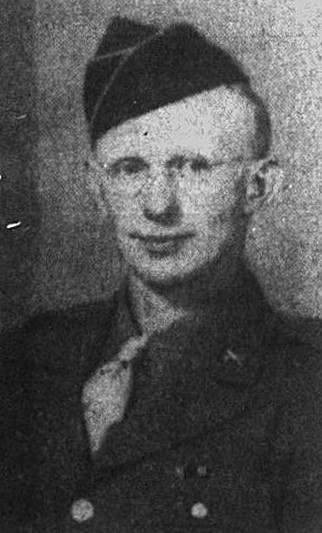 The Greeneville Sun, December 28, 1944
Pvt. Jacob A. White, aged 36, was reported as missing in action October 22 in Italy. No further news has been received of him. He entered the service two years ago, but had been overseas only a few months. He is a son of Mr. and Mrs. Thomas A. White and married the former Miss Susie Grubbs, now employed at Clinton, before leaving for overseas.
Mr. and Mrs. White have another son, Herbert W. White, in the service. He began his military training three years ago and is now stationed at Maxwell Field, Ala. 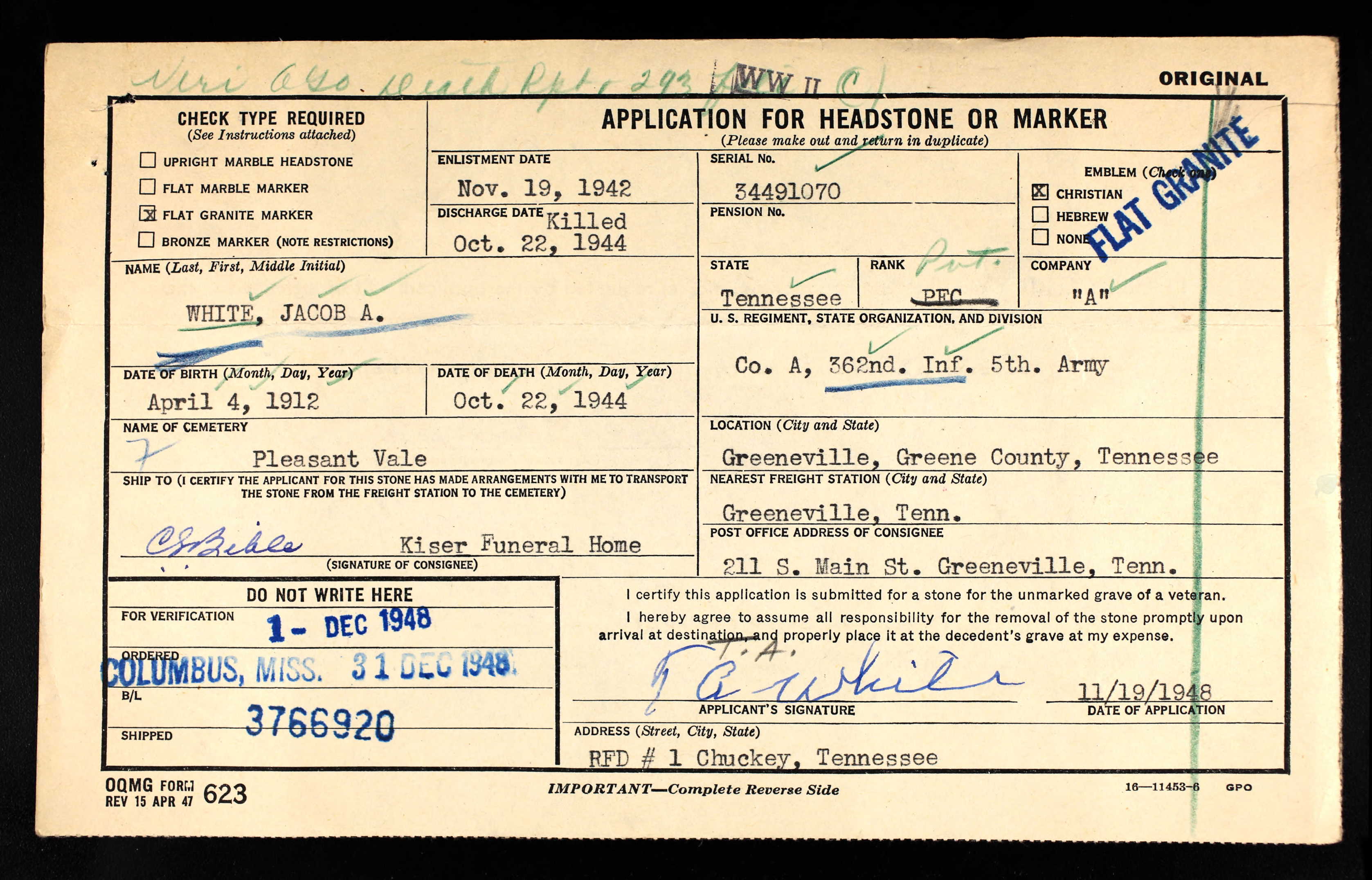