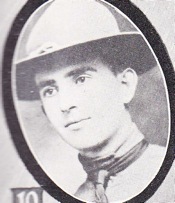 Jackson Columbua Earle volunteered his services to the U.S. Army on July 6, 1917. As a member of the 120th Ambulance Company, 105 Sanitary Train, was stationed at Camp Sevier, SC, for military training. Became a member of the American Expeditionary Force in June 1918 and participated in all engagements of his organization. Sergeant Earle died February 5, 1919, while in France. He was initially buried at the American Cemetery LeMans, Sarthe, France.

He was born in Hawkins County, Tennessee. He died at the age of 25. He is buried at Knoxville National Cemetery, Knoxville, Tennessee. 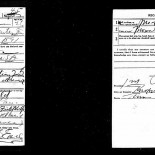 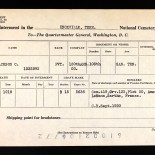 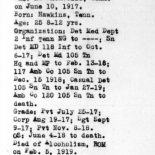 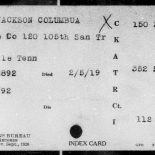 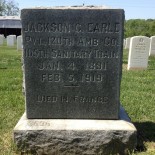