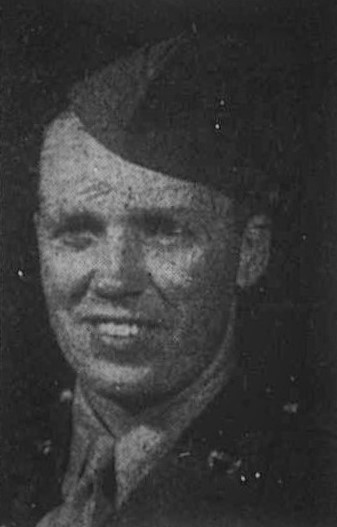 Private Jackson A. Walker, #34921959 US Army, was assigned to Company B 40th Tank Battalion, 7th Armored Division. The Division was engaged in combat in the European Theater against the Germans.

Pvt Walker was killed in action in the vicinity of Linden and Beeck, Germany on the 30th of November 1944.

He is buried at Otes United Methodist Church Cemetery in Bulls Gap, Tennessee.

Rogersville Review, January 11, 1945
War has claimed the life of Pvt. Jackson A. Walker, age 24, who was killed in action in Germany on November 30, 1944. Pvt. Walker, who was from Bulls Gap, Rt. 2, entered service with General Patch’s Seventh Army . He is survived by his wife, Mrs. Arkie Walker. She was notified of his dath of December 15th, 1944. 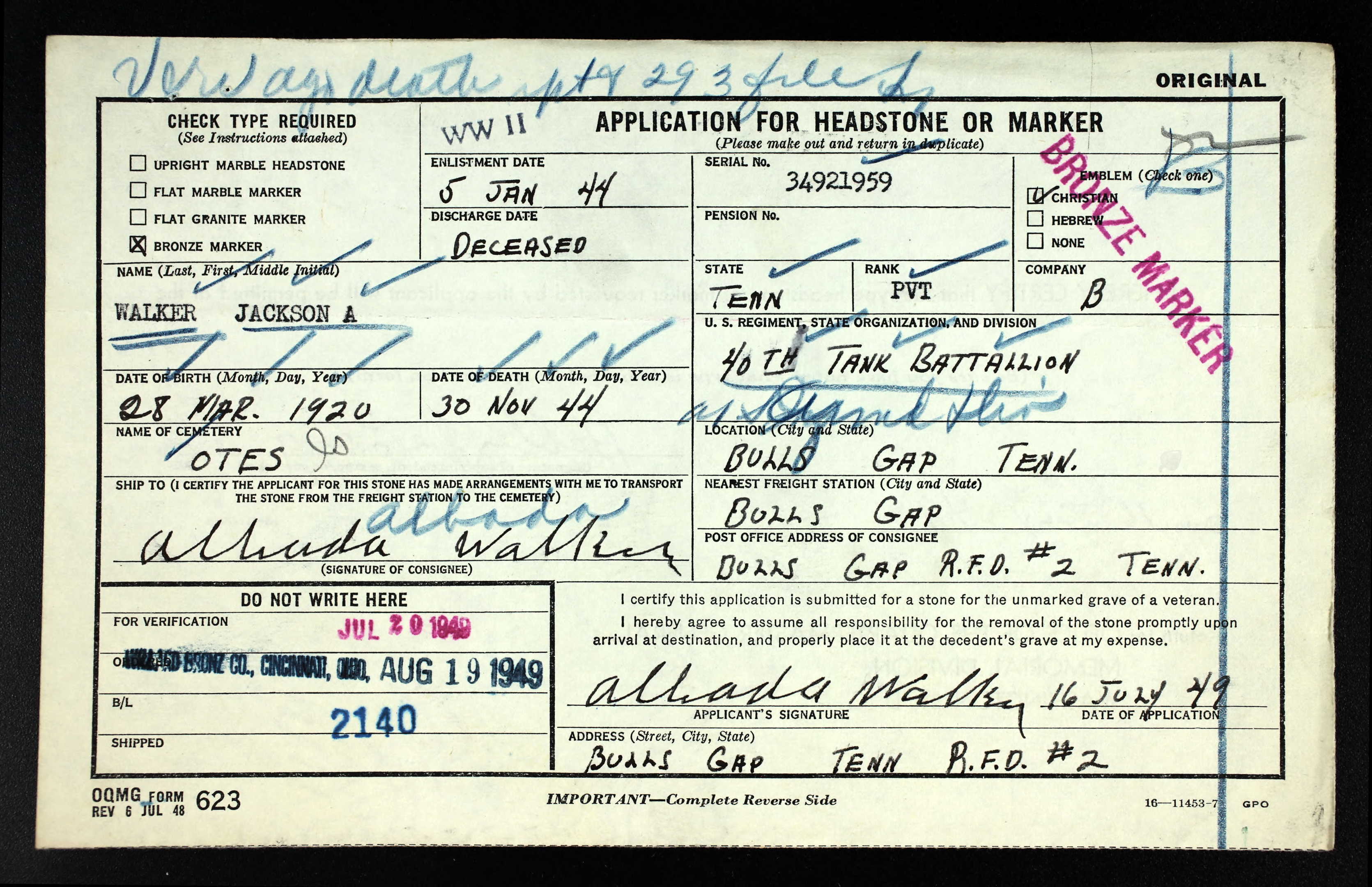