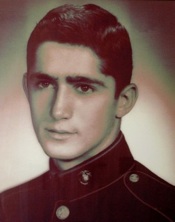 Jackie Deane Doyle was one of eleven children born to Horace Eugene Doyle and Elizabeth Keith Doyle. He was raised in South Knoxville and was a member of Vestal United Methodist Church. He attended South High School until his family moved to old North Knoxville and he continued his education at Knoxville High School. Jackie joined the United States Marines Reserve and was called to active duty in Korea. He left Knoxville for training at Camp Pendleton, CA, in September of 1950. After training, he was assigned to I company, 3rd Battalion, 5th Marine Regiment, 1st Marine Division, Korea. While in Korea, his company was involved in the initial deployment to combat the Communist troops invading Korea. It was during this campaign in the Chosin Reservoir that his company came under intense hostile attack. It was reported that after the attack that I company existed on paper only with only twenty men left. Jackie was killed in action on December 1, 1950. He was initially listed as missing in action the day after the battle. It would be exactly three years until he was officially declared killed in action. Jackie was not returned home for funeral services and burial until September 11, 1955. He was buried at Woodlawn Cemetery with full military honors provided by the United States Marine Corps. Private First Class Doyle was posthumously awarded the Purple Heart on March 4, 1954. Other awards and citations include the Korean Service Medal, the United Nations Service Medal, and the National Defense Service Medal.

The Knoxville Journal, September 4, 1955
The body of Pfc. Jackie D. Doyle, killed in Korea Dec. 2, 1950, will arrive in Knoxville over the Southern Railway, Mrs. Elizabeth Doyle, the marine’s mother, was informed yesterday by the Defense Department. Private Doyle, a former Knoxville Marine reservist, was killed near Yalu River after being in Korea less than three months. He attended Knoxville High School before entering service. 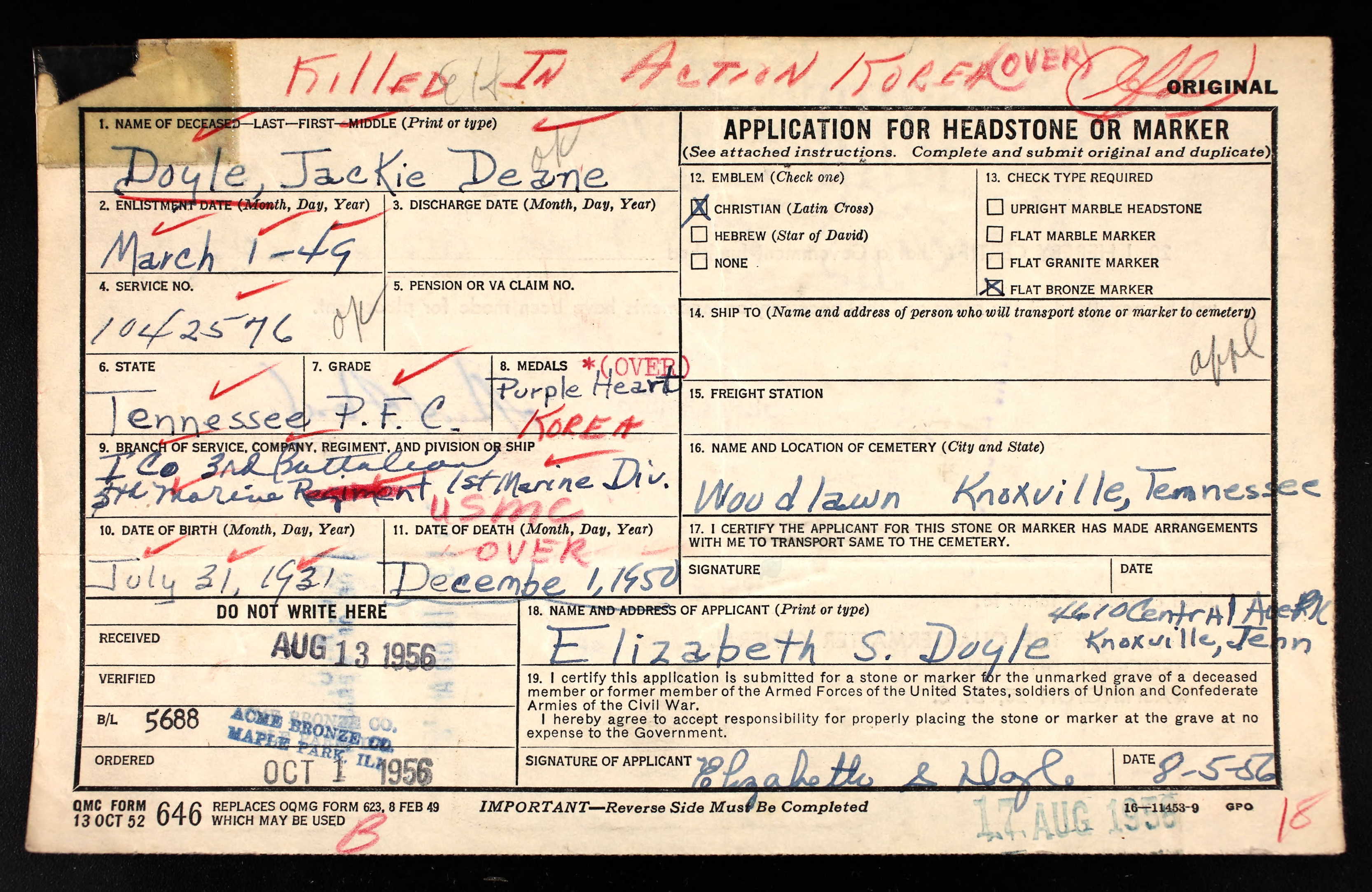 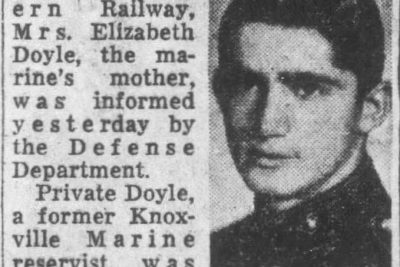