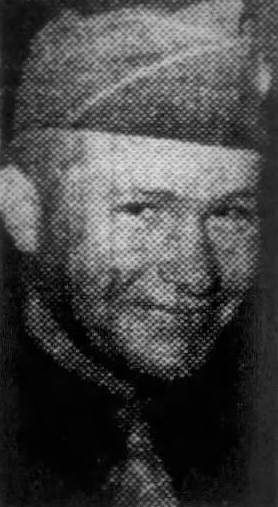 He was a member of the 331 Infantry Regiment, 83rd Infantry Division.

Jack W. Rose was most likely killed in the massacre of Ottré near Bihain, Belgium. His name is mentioned in the document posted below.

On January 10, 1945, two squads of Company F, 331st Regiment of the 83rd Infantry Division, attacked a German strongpoint, just outside the hamlet of Ottré. The two squads were ambushed and pinned down on the ground. Many soldiers were killed instantly. At about 23.00 hours, SS troopers were coming down the slope from the ridge and killed the wounded US soldiers. At least one man, Harry E. Shoemaker, survived the massacre.

The Knoxville Journal, September 3, 1944
Pfc. Jack W. Rose, son of Mr. and Mrs. John Rose of Route 3, Belt Road, was seriously wounded in action in France, August 8, according to a message which the parents have received from the War Department. Mr. and Mrs. Rose had been notified that their son is “improving normally.”
Another son, Eugene E. Rose, who received the Purple Heart for wounds received in France is also “improving normally” in an English hospital, according to information which the parents have had concerning him. 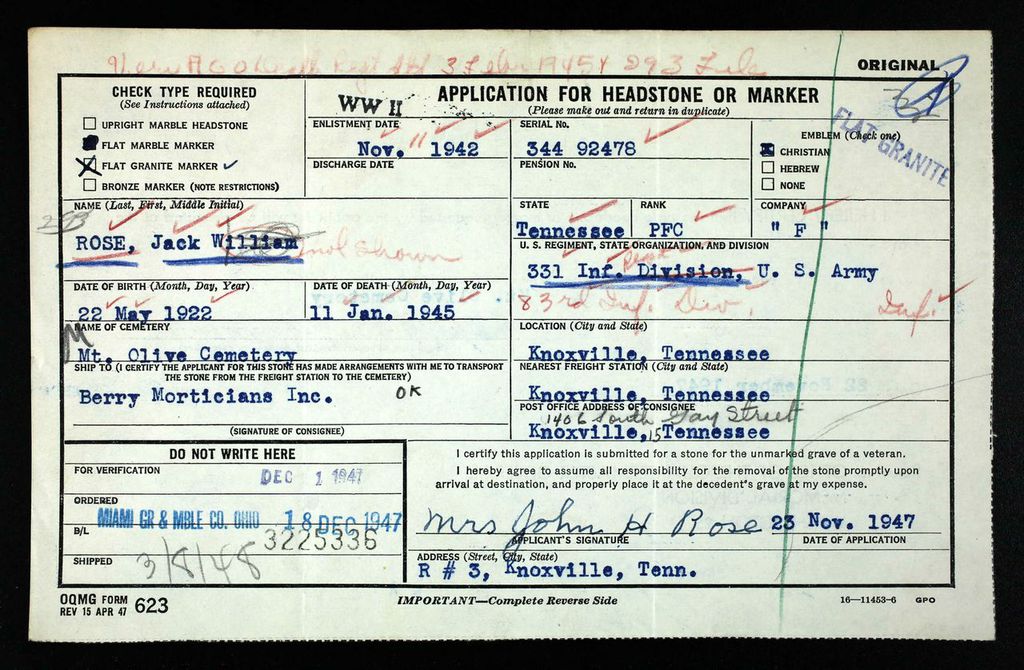 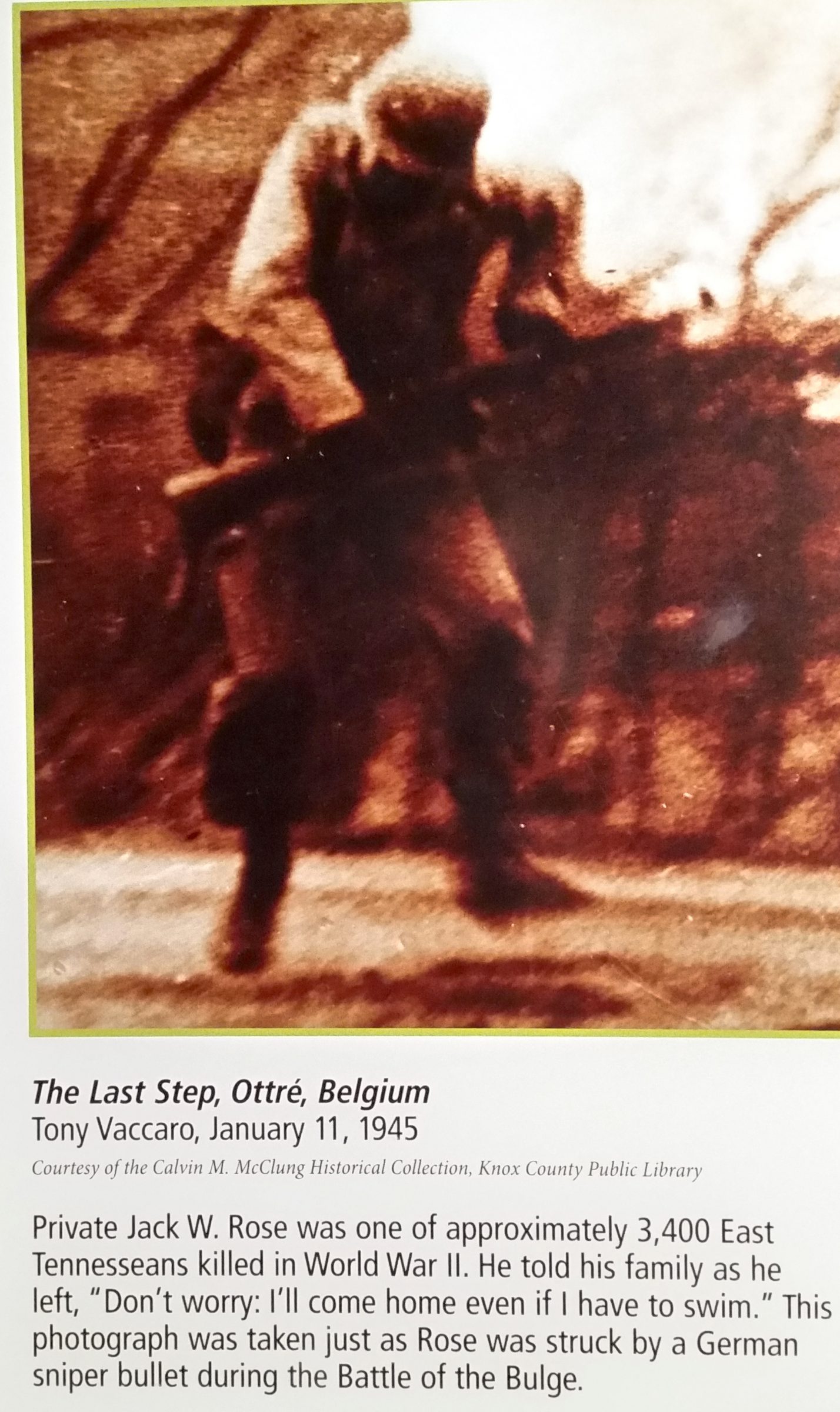 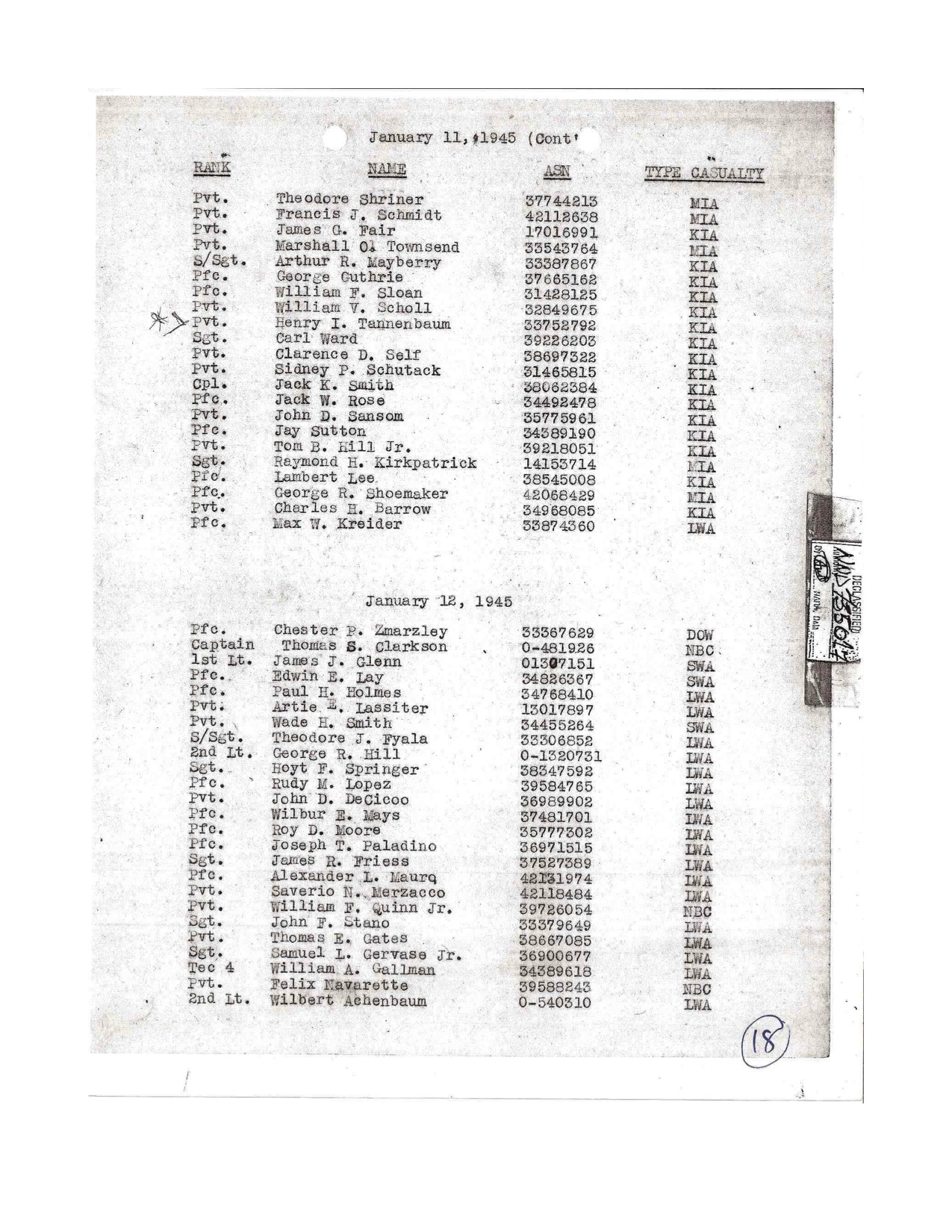 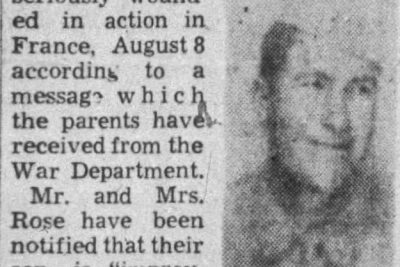 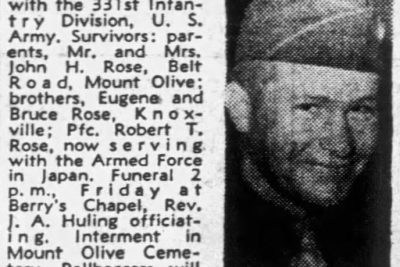