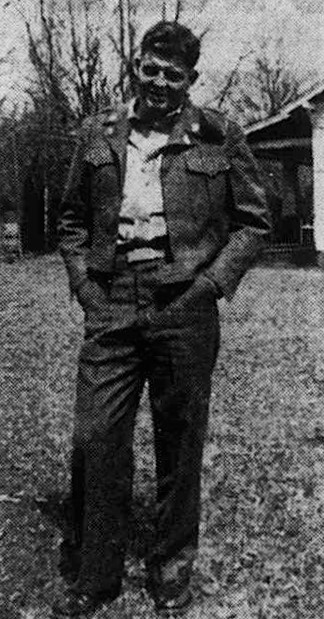 Private First Class Moore was a member of the 23rd Infantry Regiment, 2nd Infantry Division. He was Killed in Action while fighting the enemy in North Korea.

Lenoir City News, July 5, 1951
Mr. and Mrs. Ed Moore of the New Providence community have received a letter from Capt. Don W. Adair, Commanding Officer of Heavy Mortar Co. 23rd Infantry Regiment, giving details of the death of their 19-year-old son, Jackie, who was killed in Korea. Moore was killed in action May 31, in the vicinity of Inje, North Korea, according to the letter. He was hit in the stomach by enemy small arms fire while acting as radio operator for a forward observer during offensive battle. Excerpts from Capt. Adair’s letter follows:
“As a member of this command, Jack was liked by all of his associates. He was an excellent soldier, performing all tasks assigned to him in a cheerful and efficiënt manner, thereby winning the commendation of his immediate superiors and the respect of his comrades. News of his death comes as a real shock to all who knew him, and his loss will be felt keenly in the organization.”
No information has been received as to when his remains will be returned home for burial. Pfc. Moore entered the service last Fall and received his training at Fort Jackson, South Carolina. He was given a week-end leave home about the middle of March of this year, then was sent to Seattle, Washington, and shipped overseas.

Lenoir City News, December 13, 1951
Pfc. Jack Moore arrived home from Korea today! Jackie did not step off the train to meet his family and friends. His body was in a Flag draped casket. Pallbearers and Honor Guards from American Legion Post 70 were at the Southern Depot when the remains of Pfc. Moore arrived with a military escort. The body was escorted by the Legionnaires to Hawkins Mortuary.
Moore, 20, was killed in action May 31, 1951 in the vicinity of Inje, North Korea. He had been in Korea about a month prior to his death. According to letters received by his parents, Moore was captured by the Reds and held for 12 days then released barefooted and without clothes. Six hours after reaching American forces,  he was issued clothing and sent back to the front. He was killed about three days after going back to the front. According to government reports, Moore was setting up a radio and was shot with a small caliber gun by a sniper. He was acting as radio operator for a forward observer during offensive battle.
Beside the parents, Pfc. Moore is survived by one brother, Billy H., at home; grandparents, Mr. and Mrs. Tom Moore, Kingston, and Mr. and Mrs. J.H. Palmer of Fountain City. Funeral services will be held at the New Providence Church. Burial in the Church cemetery. 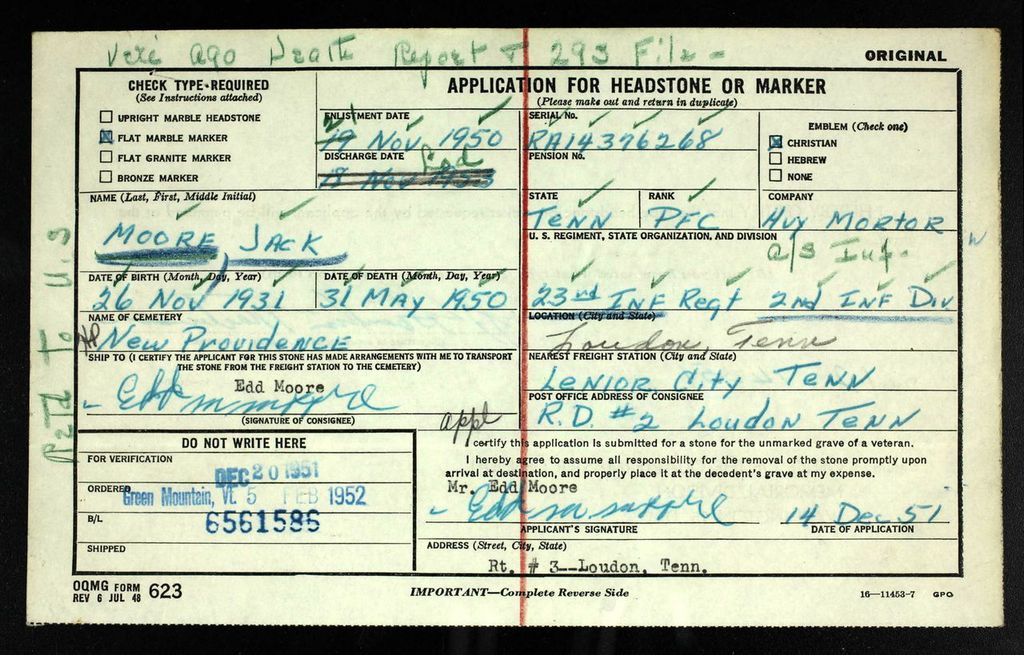 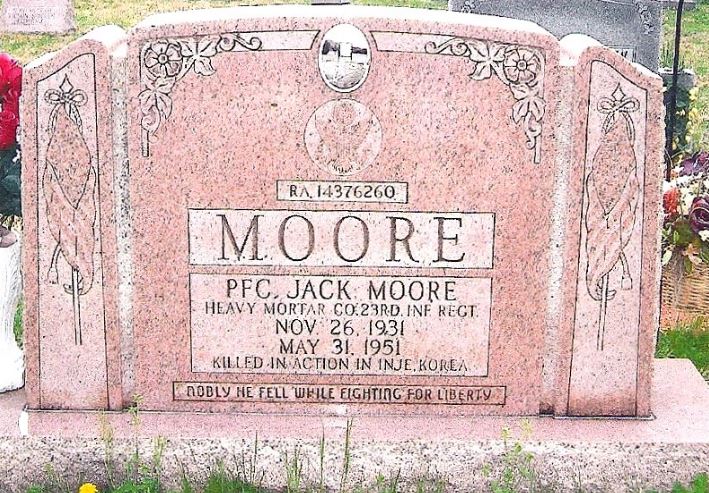 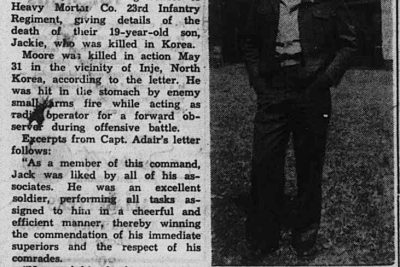 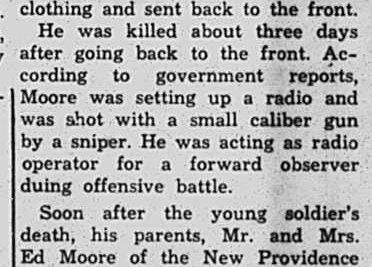